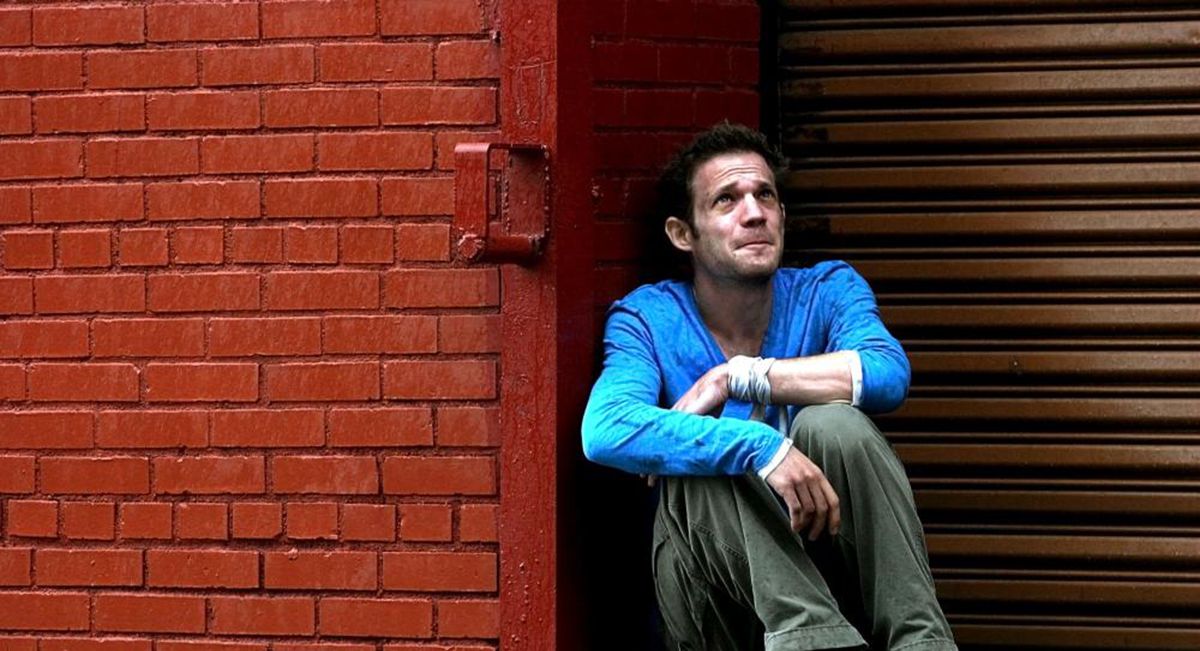 Isn’t it time to accept that narrative film may not be the best way to deal with complicated socio-political issues like the Israel-Palestine conflict? It can’t possibly be solved—or even properly examined—in 100 minutes, and the reality of the conflict, of the region’s complex historical and religious tensions, can’t help but make metaphors and cheap dichotomies, no matter how well-intentioned, seem not just reductive but downright naïve. Such is the case with Udi Aloni’s Forgiveness, which attempts to examine the cycles of violence and guilt tied up in his (primarily Jewish) reaction to the conflict through the psychological torment of David (Itay Tiran), a young American-Israeli who returns to his homeland to serve in the Israeli army. While on patrol, David accidentally shoots and kills a young Palestinian girl and his guilt over the accident leaves him in a catatonic state at a local mental hospital built on the site of an earlier massacre of Palestinian citizens by Israeli troops. Aloni fractures his film’s timeline, cutting between David’s time in New York before the accident, his stay at the hospital, and his relationship with a Palestinian woman (Clara Khoury) in New York after his return.

Forgiveness opens with a tableau-style recreation of the gravedigger scene from Hamlet as performed by several of the hospital’s residents, a bizarre sequence which establishes Aloni’s obsession with haunting and his characters’ relationship to the past. He makes a point of emphasizing the hospital’s post-WWII role of housing Holocaust survivors, thereby bringing up the collective ghosts of the Jewish people (both figuratively and literally; David is haunted, at least in his mind, by the ghost of the girl he killed). It’s no surprise that Slavoj Žižek, who is given a mid-film shout-out in the name of David’s father’s dog, has spoken rapturously of the film, since Aloni’s metaphysical concerns open the gates for a flood of shallow psychoanalysis and specious metaphors, mostly dealing with issues of collective Jewish guilt and cultural identity.

Forgiveness is thankfully largely free of political speechifying, but that doesn’t prevent Aloni from announcing his ideas through dialogue that sounds like excerpts from a first-year philosophy paper—or from resorting to the hoary cliché of using an interracial relationship to thuddingly literalize cultural conflict. But all of that is preferable to his attempts to represent the mental state of his protagonist, whose nervous breakdown climaxes in a goofy dream sequence that, hindered by Itay Tiran’s tone-deaf, over-earnest performance, comes off as an amateurish cross between a half-assed David Lynch imitation and the subterranean climax of Dario Argento’s Mother of Tears.