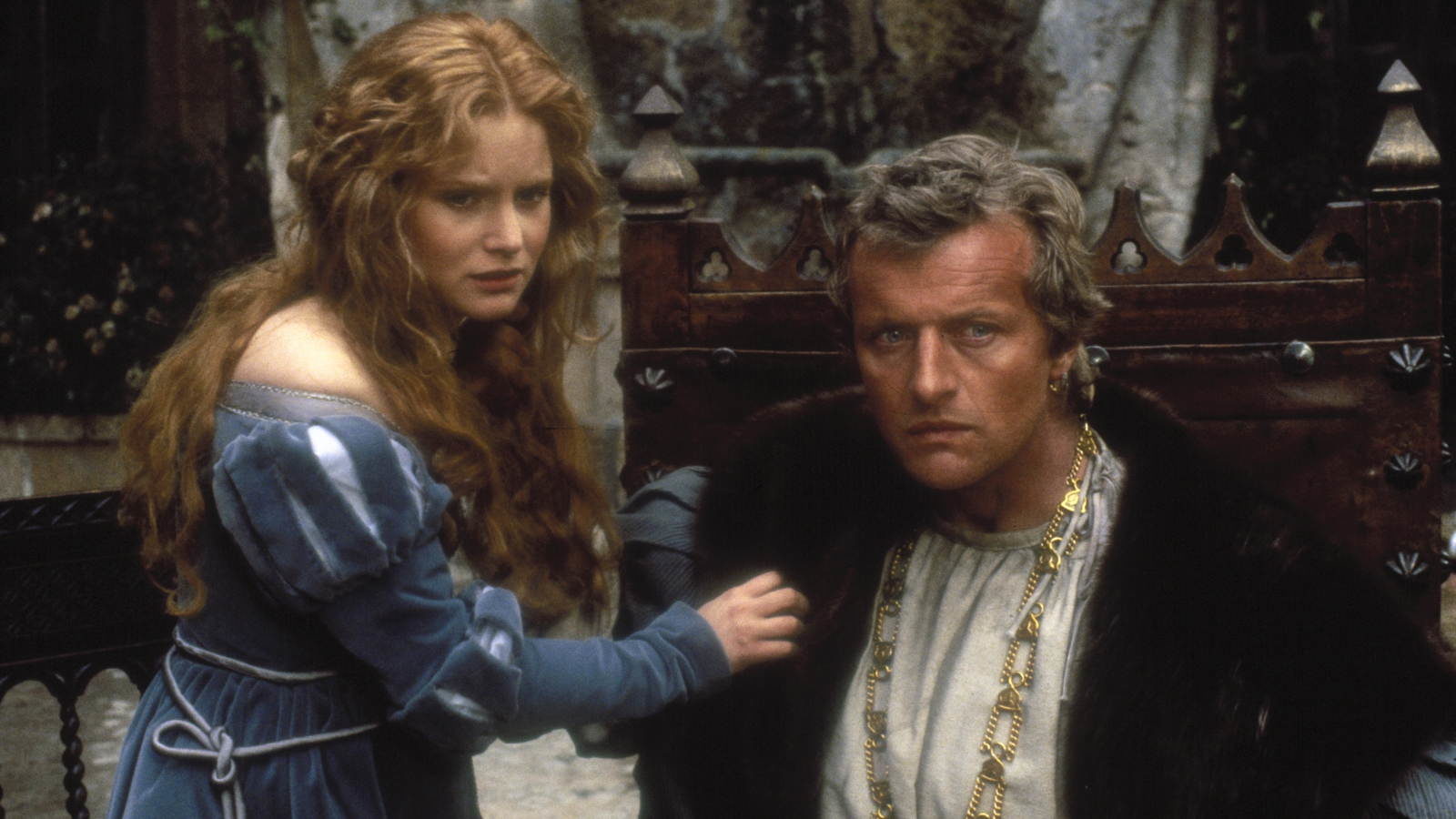 Paul Verhoeven’s Flesh and Blood is styled on screen as Flesh + Blood, as though the filmmaker were consciously working out an algorithm to account for his artistic sensibilities. By all accounts, this should have been his Vera Cruz: a down-and-dirty medieval romp that adumbrates the fallout of former partners in carnage parting ways and turning on each other. But the burdens of helming a logistically convoluted international co-production, wrangling a diverse and opinionated cast, and running the gauntlet of studio interference in the central storyline inevitably took their toll. What resulted is a solid actioner with flashes of brilliance. Outrageous in its unabashed blend of ultraviolence and profanation, Flesh and Blood stands as another testament to its director’s determination not to push the envelope, but rather to fail to recognize the envelope’s very existence in the first place.

In other words, Flesh and Blood is the anti-Ladyhawke, that other Middle Ages-set epic starring Rutger Hauer to come out in 1985. In place of the latter’s lush romanticism, complete with tortured shape-shifting lovers separated by a churchman’s curse, and a helpful little burglar played by Ferris Bueller, we’re treated over the course of the film to the more dubious spectacle of a gang rape and a catapult flinging plague-ridden dog carcass into a besieged stronghold. “Pretty strong meat there,” as the sniffling film critic in “Sam Peckinpah’s ‘Salad Days,’” one of Monty Python’s funniest sketches, would have observed. However compromised the central conceit, moments of brazen effrontery help Flesh and Blood effectively shatter the staid sheen of chivalry studiously cultivated by many a medieval film.

Then, too, there’s Verhoeven’s cheeky appropriation of religious iconography for more sanguinary martial purposes. Early on, the sword-for-hire Martin (Hauer) unearths a statue of St. Martin of Tours, a saint with a sword, which the mercenary band of brothers’ resident cardinal (Ronald Lacey) promptly declares a sign from God above. Throughout Flesh and Blood, they will use this relic as a tool for divination to guide their way (with questionable results). Late in the film, Verhoeven brilliantly frames a shot with the saint in the background and Martin, a veritable double in the flesh, whetting his sword in the foreground. Needless to say, Martin’s proclivities are far from sanctified (witness the aforementioned sexual assault).

Beyond the portentous irony contained in these saintly invocations, Verhoeven doubtless has a larger point: Throughout history, relics and iconography have been used as armaments in battles between cultures and religions. They have a double meaning, seemingly proclaiming: “Not only is your god my devil, but my god has sanctioned, through martial figures like Martin of Tours, the deployment of all-too-earthly means by which to prove it.” In the end, the film’s greatest irony, and the often-pedestrian narrative’s most brilliant stroke, isn’t to decide in favor or against Martin. He’s of a piece with his nature, and he leaves the story as he entered it: unchanged and unbowed by the carnage he’s both witness to and agent of.

Review: The Fight Is a Humanizing Look at the ACLU’s Fight for Civil Rights