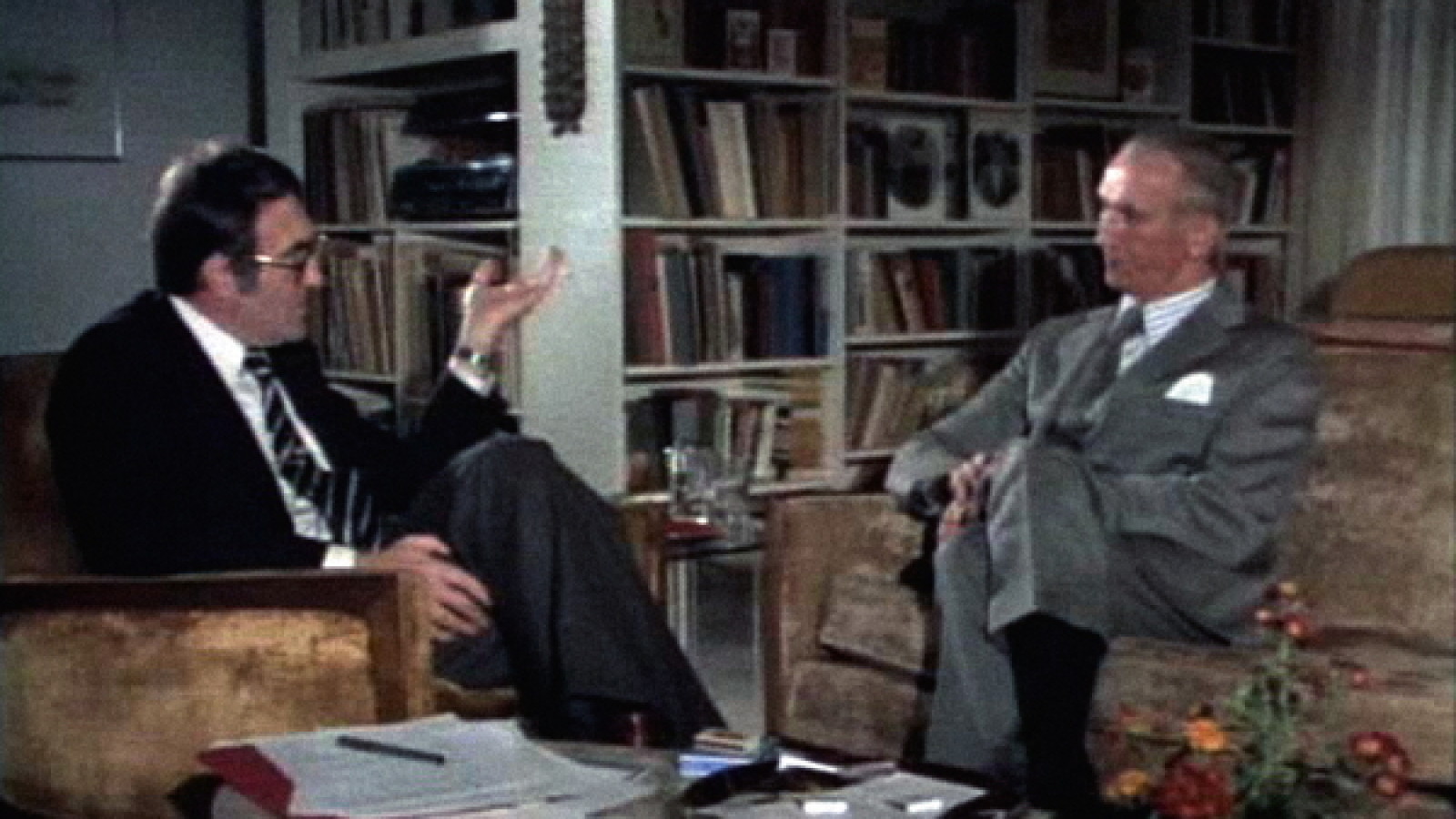 When people ask whether the Allies could have done more to save Europe’s Jews from Hitler during WWII, the conversation usually turns to who knew what when, or why some military maneuver would not have been possible. The Karski Report casts that question in a whole new light.

The problem, says Polish resistance hero Jan Karski, is that the Allied leaders were incapable of grasping the nature and extent of the horror of the Holocaust when it was unfolding, since nothing remotely like it had ever happened. “Healthy humanity, rational humanity who did not see it with their own eyes, they could not handle it,” he says. In fact, adds Karski, in a 1978 interview Claude Lanzmann conducted for his nine-and-a-half-hour masterwork Shoah, even he can no longer “handle” the thought of what he saw, after 35 years in the U.S.

Karski was a courier between the exiled Polish government in London and the resistance in Poland during the war, repeatedly risking his life to get into places like the Warsaw Ghetto and a feeder camp to the Belzec concentration camp, then returning to England to tell the exiled Polish leaders what he had seen. On one of those trips, he was asked to go to Washington, D.C. and tell his story to President Franklin D. Roosevelt. FDR then sent him on to Supreme Court Justice Felix Frankfurter, a close advisor to the president. What Karski told these two powerful men and how they reacted to his news is the hinge around which this story revolves.

Lanzmann’s original interview lasted two days, but he included only a small part of it—Karski’s description of the Warsaw ghetto—in Shoah. He released this 49-minute film last year to counter what he called the “falsified history” in a novel about Karski that had been published the year before. One of three films Lanzmann has made from the scraps on Shoah’s cutting-room floor (the others are Sobibor, October 14, 1943, 4 P.M. and Un Vivant Qui Passe), The Karski Report has no distributor, but it’s playing as part of Lincoln Center’s 2011 Film Comment Selects series.

The title refers to the recitation Karski made so often to Allied leaders, reeling off horrendous facts in a rote recitation. “At that time, I was a machine. I was a report,” he says, and the powers of observation and memory that suited him for that task are evident. Speaking precisely and deliberately for the “archive” he says Lanzmann is creating, he mimics speech patterns (“The Allied nations are going to win this waaaaar. No more WAAAARS!” he quotes FDR as saying) and body language. He even stands up at one point, gesturing broadly to show how Frankfurter rejected the news.

Karski’s job was to report facts, not to question them, and he doesn’t claim to know what was in the minds of FDR, who he describes as a great leader and whose presence clearly awed him, or of Frankfurter, who also “emanate[d] some brilliance.” But he speculates that FDR sent him on to a long list of Jewish leaders after their long audience, though he had not asked a single question about the Jews, because he cared about what was being done to the Jews but thought it was “outside his jurisdiction” and wanted to refer Karski to people who could help.

Whatever the reason, Karski soon found himself downloading his report to Frankfurter, a small but proud man who, he says, seemed to shrink as he listened, then said he didn’t believe what he’d heard. The Polish ambassador who was serving as Karski’s intermediary leapt in to defend him, insisting that he was telling the truth. “I did not say that he’s lying. I said that I don’t believe him,” Frankfurter replied. “My mind, my heart, they are made in such a way that I cannot accept it: No! No! No!”

Shot in what looks like a living room with no-frills lighting on black-and-white stock, The Karski Report is filmmaking stripped down to one of its most basic roles: historical record. Lanzmann mostly sits silently and off-camera as Karski speaks, though he asks a trenchant question now and then and reads a brief introduction at the start, providing context for what follows. But for anyone who cares about the Holocaust—and God knows we all should—there’s plenty of drama in watching Karski become a report, gravely and carefully delivering his testimony as the camera records him, sometimes from a respectful distance and sometimes moving in for a close-up that reveals the pain in his guarded eyes.