As someone whose knowledge of mixed martial arts doesn’t extend far beyond the surprisingly good Warrior and what I occasionally overhear about the latest UFC event, I’ll admit right now to being a bit squeamish when it comes to the sport. Doesn’t it hurt a lot? Doesn’t Muhammad Ali, who never had to account for kicks and grappling, have Parkinson’s due in part to his many years inside the ring? Fightville’s interviewees are constantly, if unwittingly, addressing the concerns of hesitant viewers like me; competitors, trainers, and spouses alike frequently, and seemingly unprompted, take defensive attitudes toward the profession. It’s “one of the safest sports,” says a protective significant other who reasons that the four-ounce gloves MMA fighters use hurt less than the 16-ounce variety found in professional boxing and thus only draw “superficial” blood; she seems to be trying to convince herself rather than us, not least because she already knows her young son will follow his father’s footsteps into the ring. And yet, for a documentary about semi-pro cage fighters, Fightville features precious little footage of men beating the shit out of each other inside the ring. Refreshingly, it’s more interested in what goes on before and after.

Still, it’s sometimes brought down by its own grandstanding. There are comparisons made between MMA fighters and painters, not to mention intertitles quoting Nietzsche and Walt Whitman, that don’t quite land. Moreover, moments of unintentional humor—such as Falco’s “Rock Me Amadeus” playing over an otherwise masculine training session, and one of the trainers later observing, “That’s like, a health violation,” after noticing blood on the floor—are scattered throughout. But while not everything these men say to talk themselves and their occupation up is convincing, the candor that prompts their statements proves compelling in its own right: Fightville’s most worthwhile material tends to lie in the space between what its subjects say and what we know to be true. For the competitors themselves, this is a make-or-break opportunity; to the promoters who stand to make money from their efforts, they’re commodities and often nothing more. It’s quite a divide, and for many of the fighters it remains unclosed.

What we come to understand, however, is that any delusions these men—all of whom are, in effect, minor leaguers trying to break into the bigs (namely, UFC)—may harbor are necessary for their success. Theirs is a mental game as much as a physical one, and a necessary facet of not being pysched out during a match is successfully pumping oneself up before it. “Fighting is what I do…it’s in my blood,” says one hopeful. Many of the others’ motivations are similarly simple, even primal, but there’s a nakedness to their words that’s difficult to dismiss. Hoop Dreams this is not, but the sincerity of all involved both anchors and elevates it. Not unlike the rare horror film that makes you rush to turn on the lights once you’ve gotten home, Fightville made me feel not only sympathy for its subjects but also the need to do some sit-ups. Surely that counts for something.

Review: The Meaning of Hitler Cleverly Wrestles with the Language of Horror 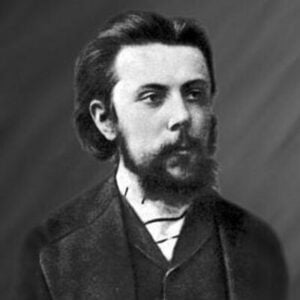