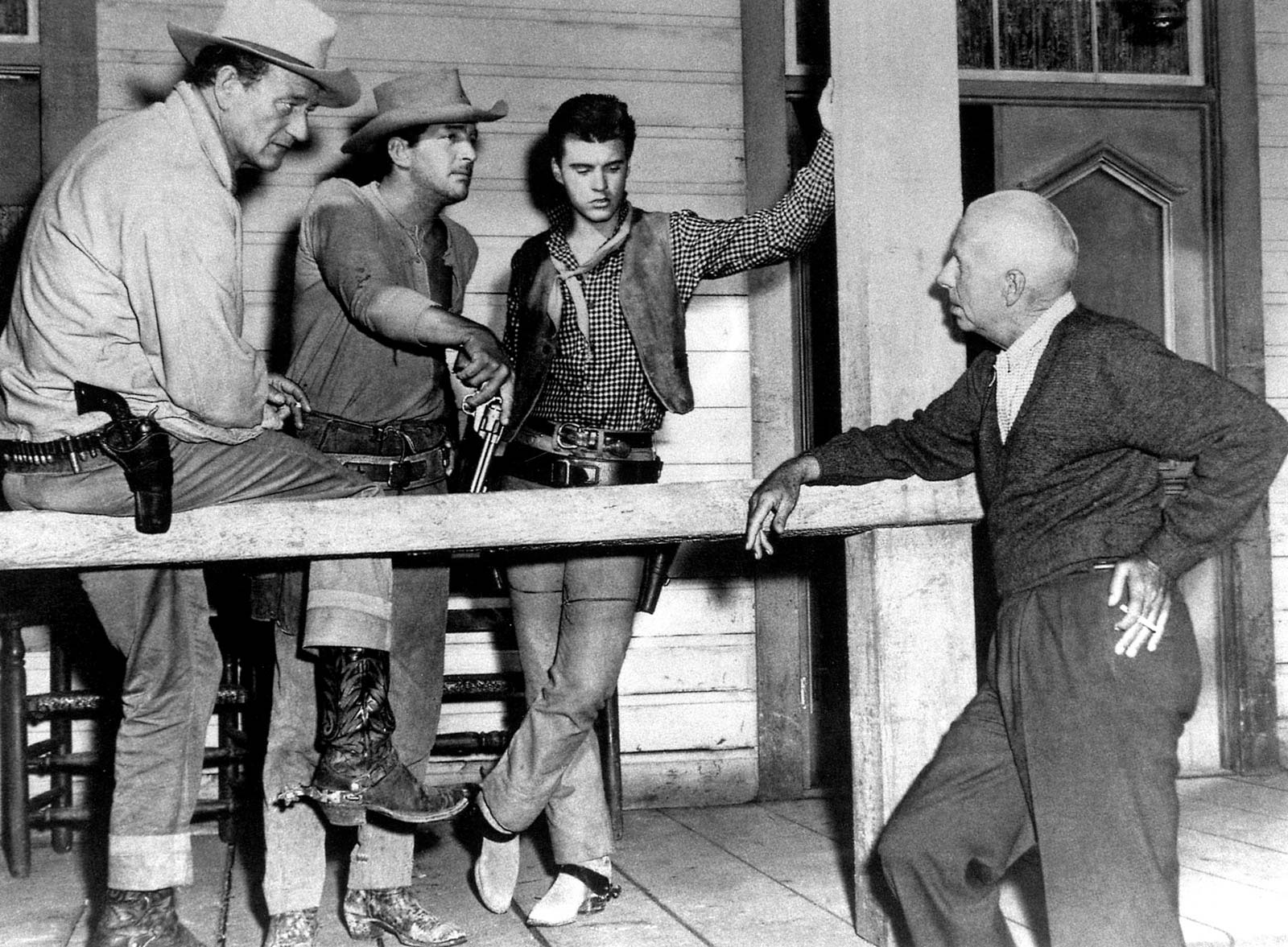 The auteurist debate is no longer a matter of dispute; the question critics should be asking is not if a director “writes” the film in cinematic terms, but how. Does he create a film in a way that can be told only through cinema, with many conflicting truths happening simultaneously? Or does he film a script, making a linear collection of words into something visible, connecting the dots with a standardized grammar of cinema that was developed in previous films? In the latter situation, one message is illustrated. However interesting this message may be, this is a waste of cinema. (Print conveys one voice in a linear order much less expensively.)

Manny Farber explained the elevated species of this second scenario more explicitly, under the banner of “masterpiece art” or “white elephant art.”

“The three sins of white elephant art: (1) frame the action with an all over pattern, (2) install every event, character, situation in a frieze of continuities, and (3) treat every inch of the screen and film as a potential for prizeworthy creativity.”

The opposite of this is, of course, termite art. As Farber wrote:

“Movies have always been suspiciously addicted to termite-art tendencies. Good work usually arises where the creators (Laurel and Hardy, the team of Howard Hawks and William Faulkner operating on the first half of Raymond Chandler’s The Big Sleep) seem to have no ambitions towards gilt culture but are involved in a kind of squandering-beaverish endeavor that isn’t anywhere or for anything. A peculiar fact of termite-tapeworm-fungus-moss art is that it goes always forward eating at its own boundaries, and likely as not, leaves nothing in its path other than the signs of eager industrious, unkempt activity.”

Perhaps no director is quite as under-the-radar termitic as Howard Hawks (represented in two separate programs, His Girl Friday and Scarface, both playing this weekend as part of the Film Society of Lincoln Center’s tribute to Manny Farber). Hawks, who Farber described as like a WASPy mother hen, masterfully nurtured the natural energies of all of his collaborators until the film itself seemed carried away by its own natural pace. Hawks utilized improvisation techniques on set, as well as collaging all the best bits of as many good writers as he felt like hiring. He was scornful of the term “improvisation,” though, when it became a fashionable technique. “They talk about ‘improvisation.’ That’s one of the silliest words that’s used in the motion picture industry. What the hell do you think a director does?” he asked sarcastically, according to Todd McCarthy’s Hawks biography. “How do you expect that we can go out with a story that’s written up in a room, go out on location, and do it verbatim? I’ve never found a writer who could imagine a thing so that you could do it like that.”

Stories, once he had one decent enough to not be annoying, were much less important to Hawks—and to Farber—than textures and rhythms. In fact, Hawks thumbed his nose so much at the importance of plot that he would remake the same basic story over and over again to reveal that the value of the film was not plot but the subtle shadings of different renderings. At their best, Hawks films are all crazy rhythms, interplay, and swagger. The same could be said of Farber’s criticism. For instance, from his description of His Girl Friday:

“This Front Page remake with Rosalind Russell playing Pat O’Brien’s role is a tour de force of choreographed action: bravado posturings with body, lucid Cubistic composing with natty lapels and hat brims, as well as a very stylized discourse of short replies based on the idea of topping, outmaneuvering the other person with wit, cynicisms, and verbal bravado.”

Farber may be the most important film critic because he is unique in finding a language that is appropriate for the movies, one that belongs to cinema more than literature. Words are used for their value as sounds, rhythmic patterns, and even visible objects. He said that his famous article “White Elephant Art vs. Termite Art” was about the way the letters in that title looked on the page as much as about the content of the piece.

Further—also reflected in Hawks’ obsession with films about teams and pairs, about collaborations and conversations—what is unique about the cinema is that when it’s good it’s not just the reflection of one voice, not just a build up of one argument, and this was the strength of Farber’s criticism, whether he was writing alone or in collaboration. Says Kent Jones, who organized the Farber series:

“If you read what he wrote about Taxi Driver, for instance, it’s so balanced between positive and negative that you can’t really say it’s a pan, it’s a dismissal. Maybe it’s a little more weighted towards the negative rather than the positive, but that’s only because of what he’s observing and what he and Patricia [Patterson, his wife] are observing. I want to make that clear, he and Patricia wrote that piece, and they wrote everything together after about 1967, even the pieces that don’t have her listed as a co-writer. They were looking at particular aspects in a possible framework and seeing it in a negative light, but really what they’re doing is describing the movie, and how it moves and all the energies that collide in that movie.”

In any Hawks film, in any good film at all, or in any of Farber’s pieces, especially those he co-wrote with Patterson, it is not only about more than one voice being expressed and not simply about an equal harmony between two voices (as a sing-song call-and-response), but of a weaving in and out of truths, sometimes in harmony and sometimes with great dissonance. It is not only the truths expressed, but the discordance between these truths and the various amounts of space in between that are all important. For instance, in the Chris Petit documentary Negative Space, Farber describes a scene from Fassbinder’s The Merchant of Four Seasons in which a view of a funeral procession zooms back to a woman, who Farber describes as miscast and overly made-up, who’s been looming in the background. The zoom is sudden, a shift in space and perspective, but also a shift in point-of-view, as if two films had been overlaid on the same plane. “That’s GONE in terms of movies,” Farber goes on to say. “Critics don’t write about that kind of material. They write about the wrong things!”

Howard Hawks’s His Girl Friday and Scarface play this weekend as part of the Film Society of Lincoln Center’s tribute to Manny Farber. Click here for more details.

A Well of Loneliness: Hal Haberman and Jeremy Passmore’s Special