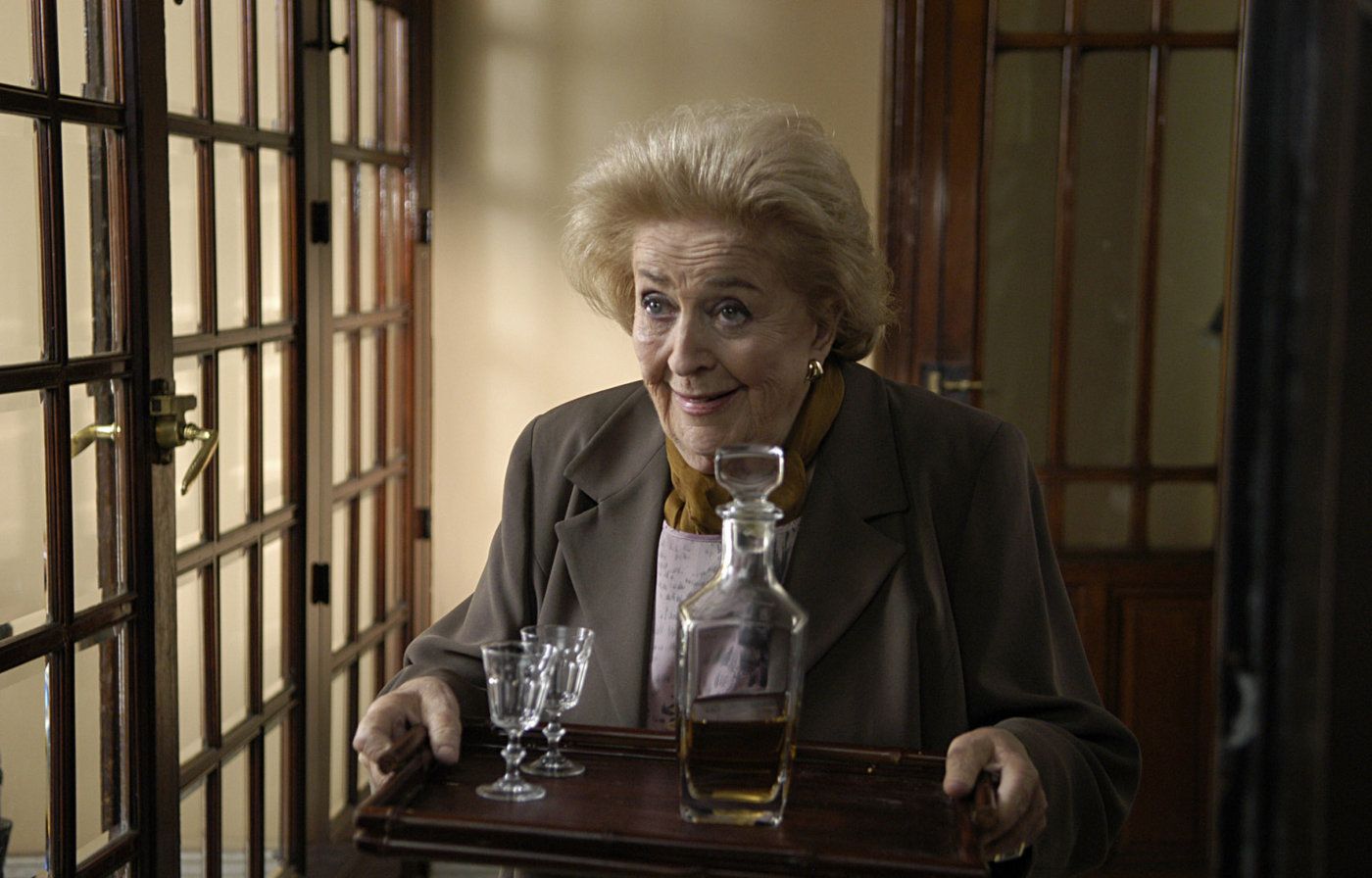 Sweet November for the nursing-home set, Elsa and Fred is sentimental mush cooked up with extra syrup. In this drearily formulaic heartwarmer, 77-year-old recent Argentine widower Alfredo (Manuel Alexandre) moves into an apartment with the help of his bitchy daughter, Cuca (Blanca Portillo), and finds himself pursued by an older neighbor, Elsa (China Zorrilla). He’s a boring fuddy duddy and she’s a free-spirited wacko comfortable making slashed-throat gestures to small children and lying whenever it might serve her needs, and as befitting a slushy film about living each day to the fullest, these two opposites soon attract. Elsa telling hypochondriac shut-in Alfredo, “You’re not afraid of death. You’re afraid of life,” is the apex of the story’s jackhammer subtlety, which also extends to revelations about Elsa’s dire health problems and an overbearingly corny musical theme that’s slathered over every other scene. Marcos Carnevale’s banal direction involves clunky compositions and even clunkier fades to black, though no amount of technical expertise could salvage the script, a mawkish affair in which Elsa teaches Alfredo to seize the day with cutesy stunts (look at them run out on a restaurant bill!), Alfredo accepts Elsa’s compulsive dishonesty, and both senior citizens learn to seek happiness by rejecting the expectations of their overbearing children. Both Alexandre and Zorrilla smile, pout, fume and misbehave with over-the-top cutesiness, not for a second recognizing that their advanced age doesn’t excuse broad, graceless mugging of a TV-movie sort. Convinced she resembled Fellini goddess Anita Ekberg in her youth, Elsa longs to realize her La Dolce Vita dream of prancing about the Fontana di Trevi with her soulmate, a wish that comes true during a finale as cloying as it is predictable. What with its carpe diem pap and faux-endearing performances, however, the only cinematic desire inspired by Elsa and Fred is for the swift appearance of end credits.

Hulk Is My Happening and It Freaks Me Out!