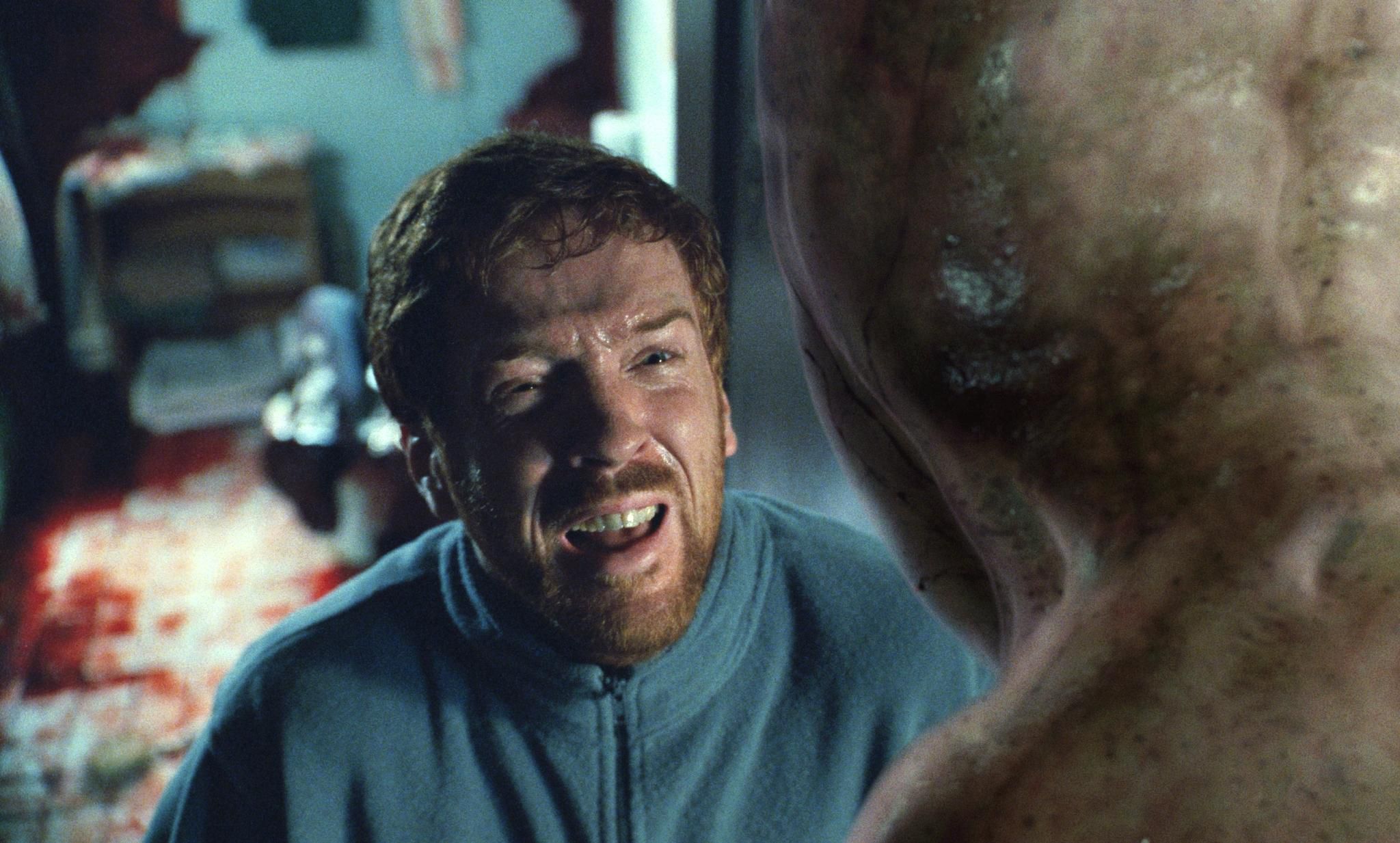 There is one moment of glory in Dreamcatcher, and it takes place in a cabin bathroom and involves a dead hunter, a toilet housing an unspeakable alien creature, and a set of toothpicks strewn along the tiled floor. Joe “Beaver” Clarendon (Jason Lee), sitting on the toilet seat to keep the mysterious monster contained, repeatedly reaches for his toothpicks—the antidote to his nervous energy—with desperation, the seat periodically slamming into his backside with the force of a small explosion. The slowly mounting tension reaches a fever pitch as Beaver’s fingers get closer to their goal and his backside comes off the lid, before the scene culminates in an orgy of blood, flesh, and bodily waste that’s deliriously nerve-wracking.

Unfortunately, director Lawrence Kasdan—known more for dialogue-driven ensemble dramas like The Big Chill and Grand Canyon than for pulp (despite his writing credits on Raiders of the Lost Ark, The Empire Strikes Back, and Return of the Jedi)—finds it difficult to sustain this initial excitement. Dreamcatcher tells the tale of four lifelong friends who, as kids, rescued a mentally handicapped boy nicknamed Duddits from being tormented by the local jocks; he repays the four by granting them psychic abilities comparable to his own. Twenty years later, the four grown men—Jonesy (Damian Lewis), Pete (Timothy Olyphant), Henry (Thomas Jane) and Beaver—get together for their annual hunting trip in the Maine woodlands, and wind up in the middle of an alien invasion. Jonesy gets possessed by one of the creatures, forcing Henry to pursue his friend before Jonesy’s alien host pollutes the world’s drinking water with an apocalyptic extraterrestrial virus. All the while, both hunter and hunted must avoid the American military (personified by Morgan Freeman’s insane Colonel Curtis and Tom Sizemore’s more noble Captain Owen Underhill), who are determined to exterminate both the alien invaders and the Americans who’ve already been infected.

As in King’s derivative novel, the story is overstuffed with too many unnecessary (if occasionally cool) elements, including the dramatization of Jonesy’s mind as a memory warehouse filled with endless files on topics ranging from “sex fantasies” to “sports humiliations.” Even more problematic, however, is the fact that a preponderance of early character-driven scenes take up valuable time that would have been better spent on the third act’s truncated and ineffective chase across the snowbound Northeast. The creatures (aptly dubbed “shit weasels”) feed off their human hosts from the inside out, using one’s backdoor as an entrance and exit; the film’s acute sense of the terror derived from penetration and expulsion—farting is used as ominous foreshadowing—is reminiscent of Alien. Then again, King’s novel was never more than a hodgepodge of Alienisms, John Carpenter’s The Thing, and the author’s own The Tommyknockers and The Stand.

As things go from eerie to gory to flat-out laughable, the actors spend an unreasonable amount of time wrestling with or staring wide-eyed at CGI creations, and the disappointing finale featuring a grown-up Duddits (played by Donnie Wahlberg in a Boston Red Sox jacket that’s at odds with his character’s eventual triumph) is as awkward as it is anticlimactic. Kasdan brings a directorial professionalism to the film that it doesn’t really deserve, and Morgan Freeman relishes his opportunity to play an unrepentant bad guy, using his commanding physical stature as a blunt weapon of imposing fierceness. In the end, though, Dreamcatcher, unlike the creature beneath Jason Lee’s posterior, never really escapes the toilet.

(Preceding the film in theaters is an animated prequel to this summer’s highly-anticipated The Matrix Reloaded. Entitled The Animatrix: Final Flight of the Osiris, this brief but tantalizing treat proves that the future of computer-generated effects will not be used for gruesome monsters a lá Dreamcatcher, but rather will be in the service of providing moviegoers with exquisitely-sculpted T&A.)