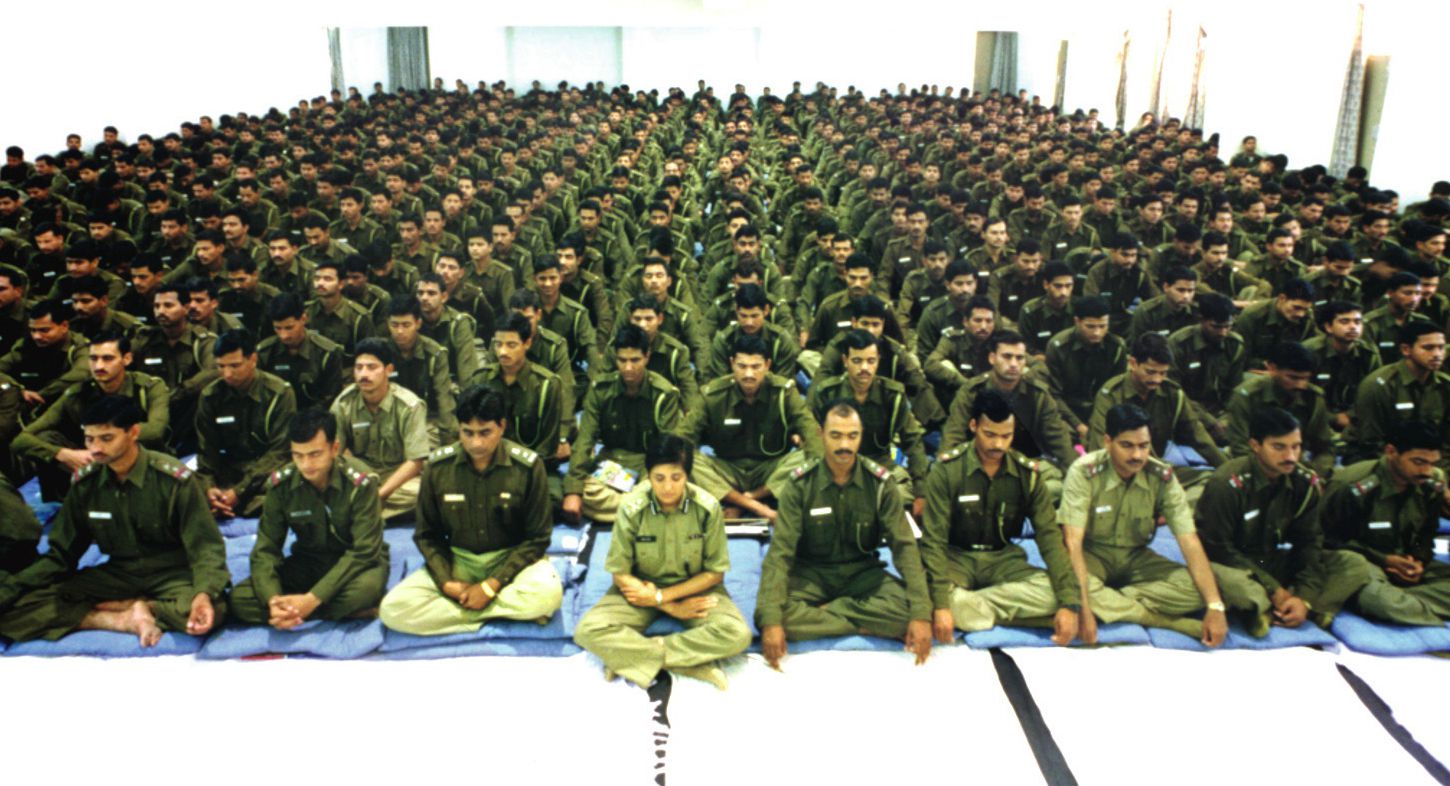 This Immediate Pictures release of Eilona Ariel and Ayelet Menahemi’s documentary from 1997 traces the effects of an ancient form of Buddhist meditation on a community of men inside an Indian prison. Kiran Bedi, the country’s first female police officer, is an open-minded authority figure, and her prison base suggests a more tempered version of the histrionic hellhole at the center of Alan Parker’s Midnight Express, with foreigners serving time for smuggling hashish freely mingling with natives accused of more violent crimes. The directors fail to really get inside the heads of their subjects and to seriously convey the extent to which violence plays a role in their daily lives, choosing instead to follow the process with which Vipassana comes to the prison community and holds its prisoners in rapture. There’s no telling what kind of effect this “journey of discovery taken with closed eyes” will have on these men outside of their prison walls (or prisoners in the United States, where practitioners hope to bring Vipassana), but this much is true: At 52 minutes and intermittingly punctuated with hyperbolic narration like “We’re all prisoners undergoing a life sentence…imprisoned by our own minds,” Doing Time, Doing Vipassana strains to summon a sense of spiritual gravitas. The filmmakers make their point succinctly but the brevity and aloof informational tone of the piece makes it something akin to an Epcot Center attraction.