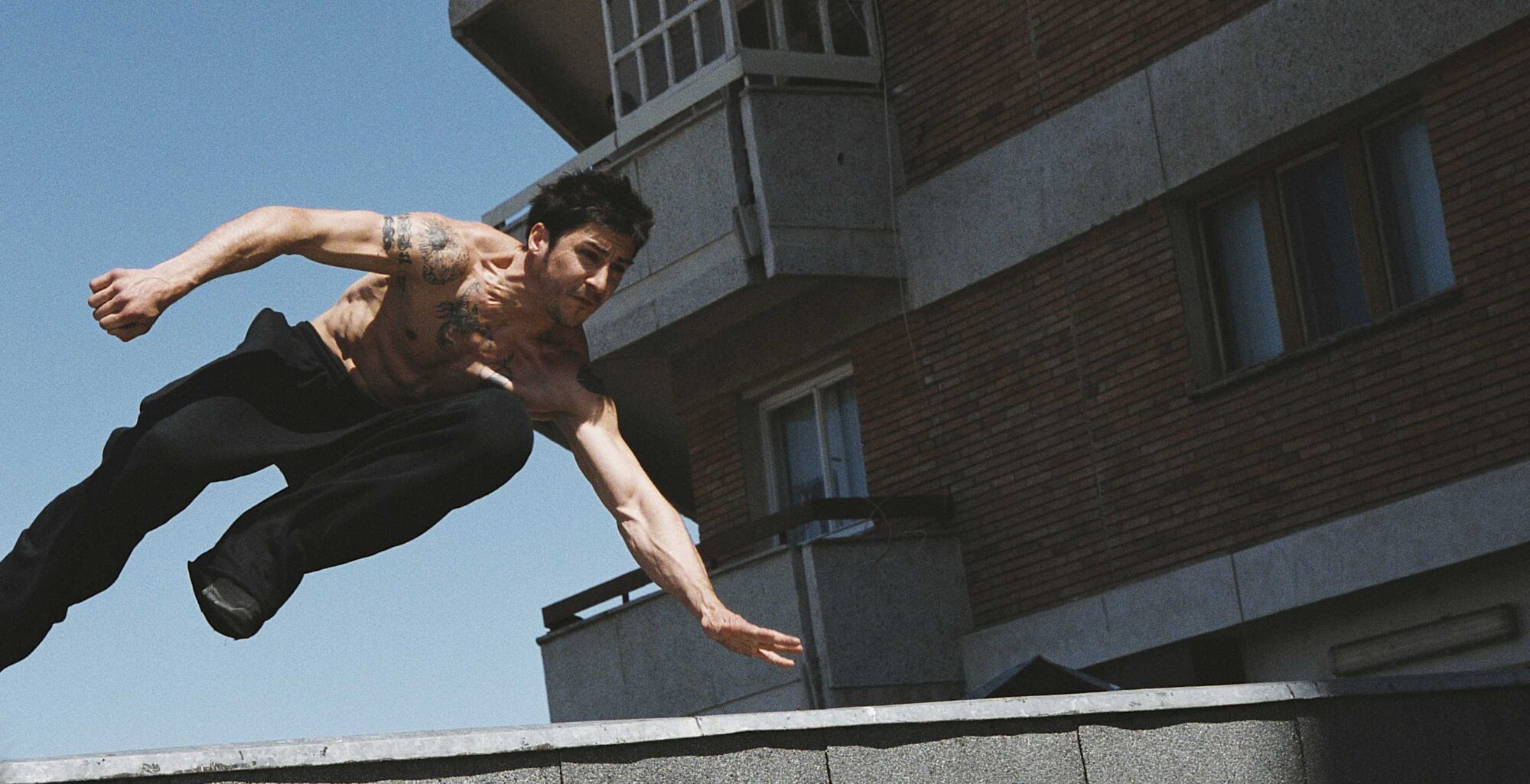 The week’s most exciting piece of trash is Pierre Morel’s District B13, which begins with an awesome spinmastered credit sequence that syncs the crunching stop-go beats of a techno song with slick and stretchy snapshots of a ghetto walled off from the rest of Paris. Some might call this a spectacle of empty MTV flash, but there’s real excitement to the way image and sound flow here. The structure of the film is that of a multi-staged video game littered with mini-bosses and capped with an explosive finale, albeit a moral one: Leito (David Belle), an ex-thug from District 13, spoils a drug lord’s stash of H; on the outside, Damien (Cyril Raffaelli), an undercover police officer, apprehends a mob lord in miraculous fashion; and, together, the men orchestrate the retrieval of Leito’s sister (a strong creature who, at one point, shoves her panties into the mouth of the thug who grabbed her in the ass) and a “clean bomb” that appears to have its nuclear eye pointed at Paris. Morel’s images stimulate the senses like a drug, their virtuosity justified by the equally pulse-raising ecstasy of Belle and Raffaelli’s fight-the-power bodymoving (recently appropriated by Madonna). The film doesn’t compare favorably with two other pop touchstones: Tom Tykwer’s Run Lola Run and The Chemical Brother’s La Haine-inspired “Galvanize” clip. In the former, Franka Potente’s sprinting is roused by love; in the latter, the young crumpers who bust into a predominantly white club are motivated to action by a feeling of social exclusion. B13’s lead characters aren’t as deeply moved as those postmodern resistance fighters but their allegiance has a political edge, as does the image-sound synergy of the film, encompassing a feeling of boiling social tension. Leito-Damien attempt to fiercely refurbish the veracity of the French motto “Liberty, Equality, Fraternity” in the same way Morel-Besson try to restore the integrity of the action film.

5 for the Day: Billy Wilder’s Wares