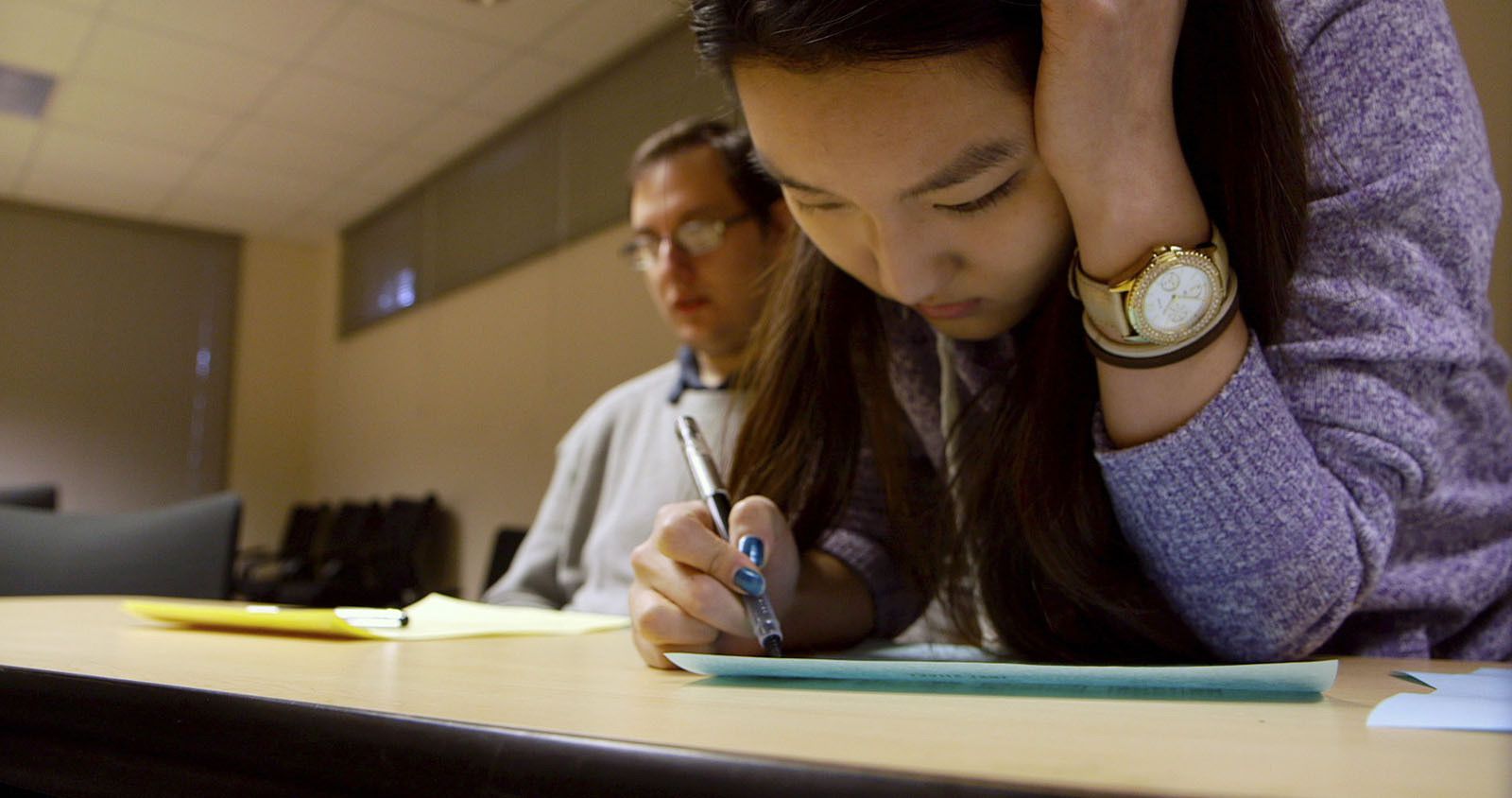 (Dis)Honesty: The Truth About Lies follows Duke University psychology professor Dan Ariely, a behavioral economist with a specific concentration on how and why people lie. Ariely’s often fascinating research is presented by director Yael Melamede simply as an extended lecture Ariely gives to a group of people, and weaved sporadically throughout the film; overhead shots posit the individuals in bustling crowds as unknowing subjects in one of Ariely’s elaborate social experiments. While Ariely’s lecture consistently remains captivating due to the breadth of the research, Melamede intercuts this with various confessionals of “high-profile” liars, such as a doping cyclist and insider traders, that quickly grow redundant: Someone commits a transgression, and the subsequent situation balloons beyond their control until, naturally, they’re caught. Melamede doesn’t dwell on each of her subjects’ stories beyond the condensed version that’s related on screen, and this lack of elaboration on personal and unique decisions fails to distinguish each person. The one notable exception is an ad man’s shameless and disturbing account of his work on the movie adaptation of Tucker Max’s I Hope They Serve Beer in Hell, which capitalized on the rightly held view of the author being a misogynist, to the point where the ad campaign secretly instigated protests against the resulting film, thus creating more revenue from the notoriety. Melamede seems to believe that Ariely’s scenes will expand on the psychological or sociological factors that are present in the confessions, but this almost inhibits the effect of the professor’s studies, and the cursory nature makes half the film ultimately feel like it belongs in an episode of Nightline.