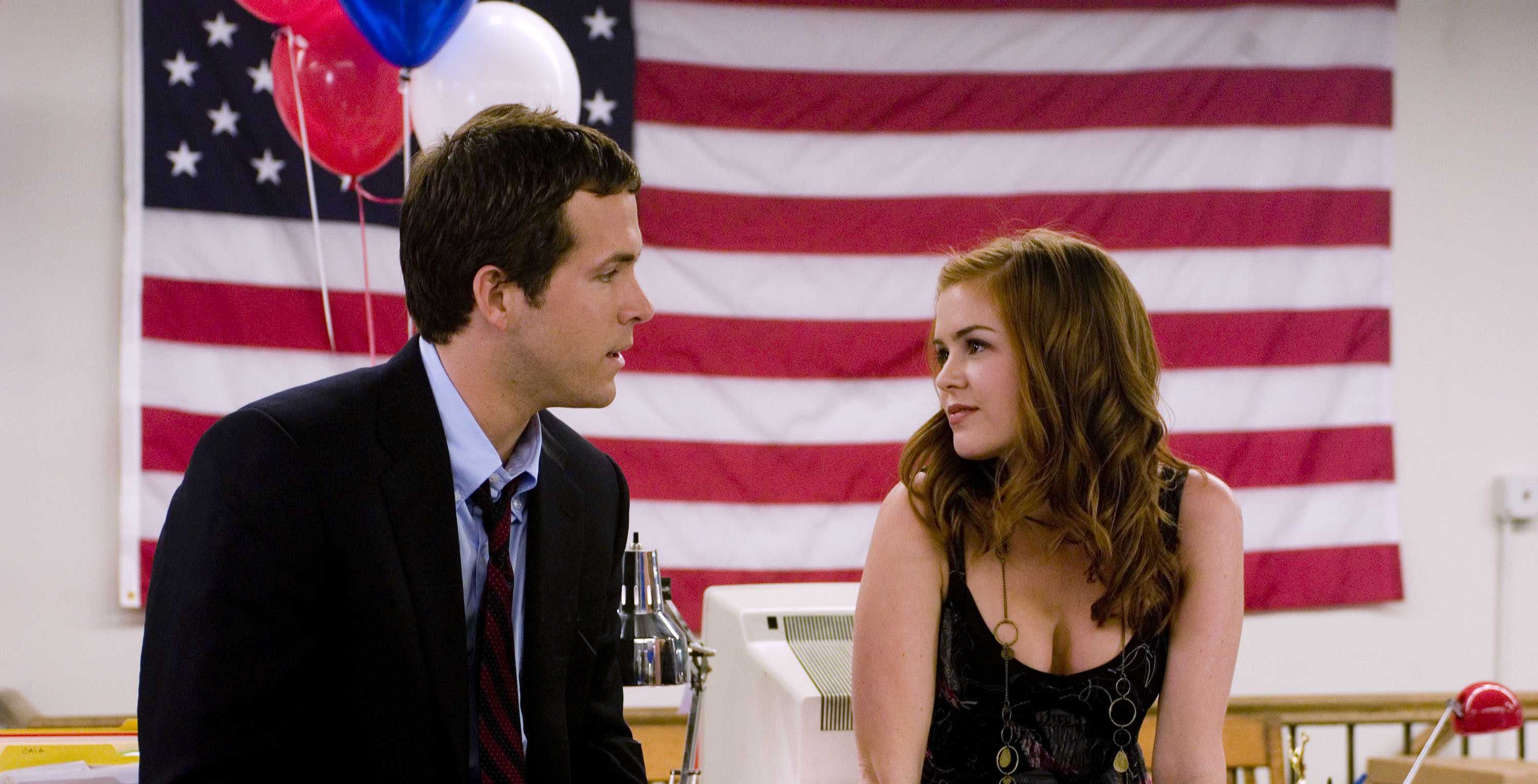 In Definitely, Maybe, former Clinton campaigner and current ad exec Will (Ryan Reynolds), motivated by news that his 11-year-old daughter Maya (Abigail Breslin) has received sex education in school—which spurs her to inappropriately repeat the word “Penis!”—decides to recount his entire love life to the young girl in fairly specific (if still chaste) detail. This is very, very creepy. Maya wants to hear “the story” so she can convince her father that he shouldn’t divorce her mother, and the gimmick of Adam Brooks’s film is that Will crafts his tale as a “love story mystery” in which he changes the names of those involved so that Maya can guess who her mother is. That Maya doesn’t know anything about how her parents met is very, very unbelievable. But then again, that’s the modern romantic comedy for you: contrivances always trump credibility. What ensues is a mundane story about Will’s relationship with three distinctive women (Elizabeth Banks, Rachel Weisz, and Isla Fisher), with director Brooks paralleling Will’s dating life with Clinton’s national political career too frequently to ignore and yet so halfheartedly that it elicits nothing but a big, fat “Huh?” Mercifully, the precocious Breslin is largely relegated to the role Fred Savage had in The Princess Bride (i.e. the sidelines), which leaves one free to ponder why an accomplished actress like Weisz would settle for being merely a supporting rom-com player when she could easily headline one herself. All the performances in Definitely, Maybe are fine, yet they’re fine mainly because there’s almost nothing in the script to severely botch, so safe, rote, and mildly soporific are the proceedings. Though Brooks concocts a few moments of broad slapstick for Reynolds, the leading man is mainly reduced to offering up a few sarcastic quips and puppy dog eyes as a nondescript protagonist who functions as a passive character in his own life story. Like his co-stars, Reynolds’s career may be able to survive such bland treacle, but he’s definitely better than that.