Decoding Annie Parker, based on the true story of a Toronto woman’s battle with cancer, is so mindful of the grimness of its main character’s struggle that the on-screen quote that opens the film (“My life was a comedy. I just had to learn how to laugh”) becomes nothing short of dubious. Director Steven Bernstein indulges in the occasional gallows humor, such as a scene where a neurotic Annie (Samantha Morton), obsessed with examining herself for lumps, offers to check her husband, Paul (Aaron Paul), for testicular cancer mid-blowjob. But the opening platitude becomes moot as soon as a weeping, chemo-ridden Annie is seen vomiting into a bedpan.

Annie’s mother died of breast cancer, and she worries she’ll get sick too, but this is the 1970s, when diagnoses are a matter of luck rather than heredity. Even when healthy, Morton’s character holes herself up in her study, building dioramas and reading textbooks alone. Merely knowing that cancer exists—that it might be close—is enough to dominate and poison her life. Decoding Annie Parker is a thoroughly uneasy film, so it’s fitting that cancer is personified as a stalking specter looming behind an old door in Annie’s home, always waiting to burst free to corrupt and destroy.

Morton finds pathos in her weakened but never fragile character’s refusal to lament her circumstances and desire to comprehend her illness. But Bernstein splits her story down the middle, devoting half of the film to Dr. King (Helen Hunt), whose research into genetic links to breast cancer piques Annie’s interest. Hunt’s talents are wasted as the stoic researcher, who spends most of the running time hunched over a desk or staring at graphs. She doesn’t seem motivated by much other than academic curiosity and the eagerness to defy the prevailing ideology of the era. The stories themselves don’t dovetail in any meaningful way until the end, so there’s the sense that these narratives were cobbled together from two different films.

Though Decoding Annie Parker should have doubled down on its candid and determined lead, its willingness to defy conventional cinematic approaches to its subject matter is still noteworthy. Bernstein rejects the impulse to view death as a conscience-clearing moment of epiphany. This isn’t a film of bedside conversions or radical emotional transformations, nor is it a story about laughing at one’s own hardships as a coping mechanism. As such, its true message is best summed up by Paul. Besieged by disease and death, he bluntly remarks, “I believe in cancer.” 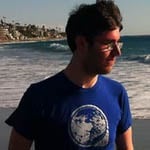 Jordon Osterer is a writer, editor, and copywriter. His writing has also appeared in Film Comment.