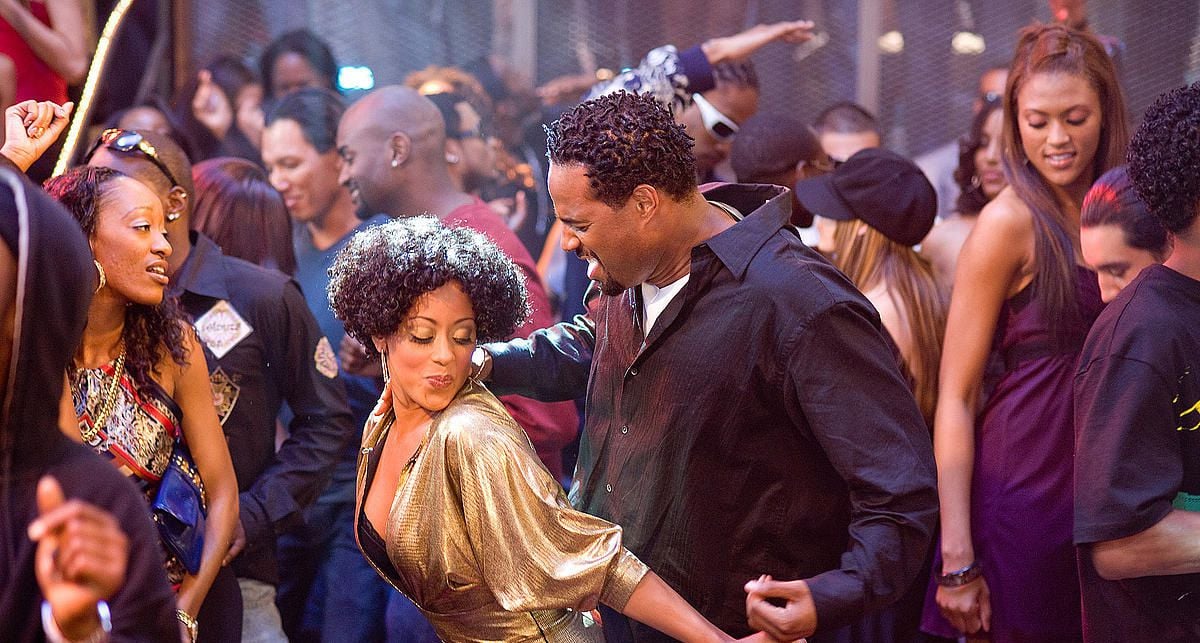 Referencing Honey, Save the Last Dance, Step Up, and Step Up 2 the Streets, but also tipping its hat to golden oldies like Showgirls and Fame, Dance Flick is ostensibly a parody, but often plays like a straight-faced homage to a genre of film that has been cannily geared in recent years to urban audiences. The Wayanses understand and respect the choir to which their films have always preached, from patrons of the Magic Johnson Harlem 9 to the New York Press’s head film critic (who else is going to get the hilarious positing of “Djimon Hounsou black” as a shade of color?), but aside from a half dozen salient bits that call bullshit on the white-black symbiosis portrayed in films such as Step Up, more times than not Dance Flick falls flatter than Eddie Murphy’s ass in Norbit.

Less dada than inexplicable in its comic brinkmanship, the film sends its main character, Megan (Shoshana Bush), to the Musical High School, where she’s wooed by Thomas (Damon Wayans Jr.) and instructed by the likes of Ms. Cameltoé (Amy Sedaris), who commands her star student to evoke everyday sentiments and comforts (like a cup of coffee) through ballet moves, and Mr. Moody (Marlon Wayans), whose lecture on political compromise may be considered a two-minute distillation of Spike Lee’s equally egomaniacal Bamboozled. That’s as highbrow as things get, with a few crudely funny jokes at the expense of a young child occasionally breaking up the monotony of the predictably nasty twists on the slick b-boying brought into the mainstream by pretty-boy Channing Tatum. But, you know, to each his own: Because given how a gay-panicked send-up of Fame’s Oscar-winning theme song (choice lyric: “I want to be gay forever!”) had Jeffrey Lyons rolling on the floor, Dance Flick proves that comedy is not only a subjective enterprise, but it has a way of exposing the worst in us all.

Review: Night at the Museum: Battle of the Smithsonian