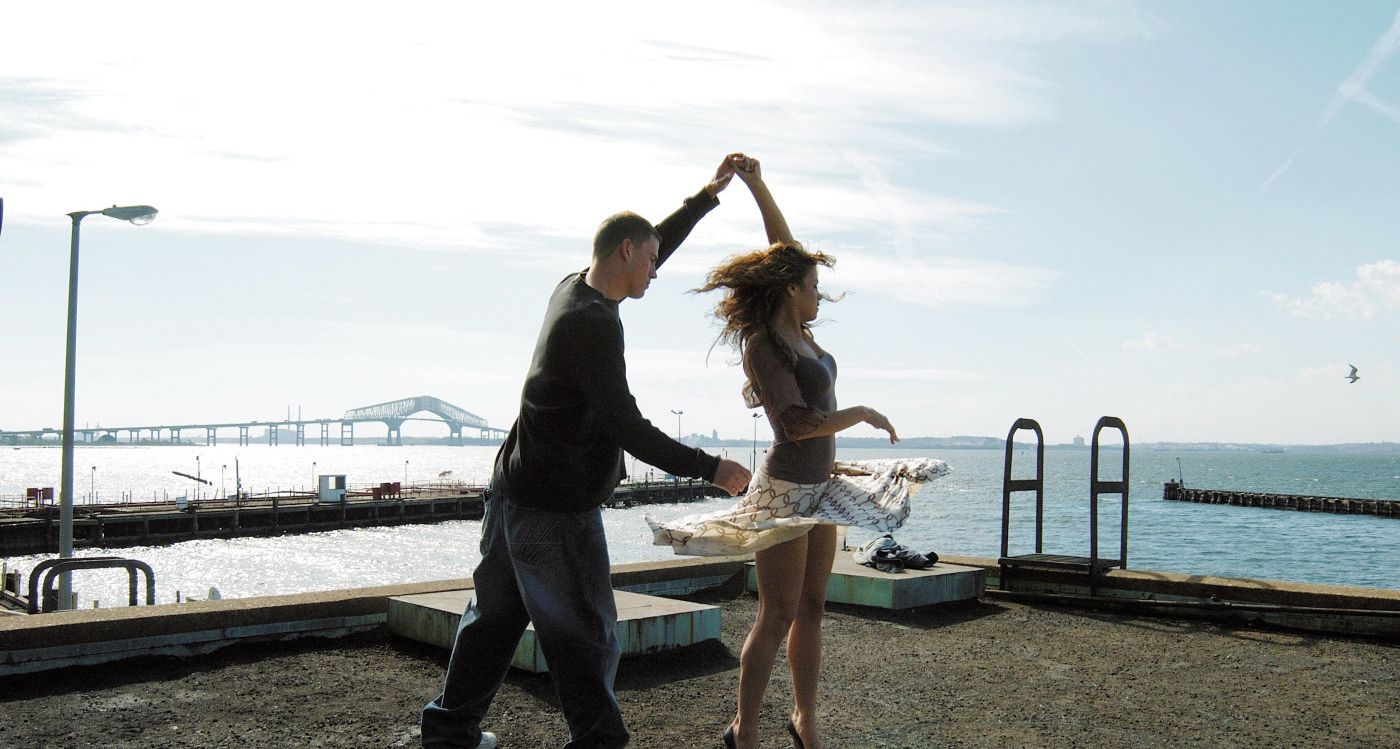 Anne Fletcher’s Step Up doesn’t front. It has better dance moves—and a more valuable, clear-cut sensibility—than any video nominated for a VMA this year, including Madonna’s “Hung Up.” Fletcher builds her film around contrast, pitching the story across the precarious gap where black meets white and poor meets rich, assessing the osmosis between each of her opposing tectonic plates with fierce, unpretentious rhythm. The opening montage—a back-and-forth between schooled dancing and street dancing—is the recipe for the ecstatic dance number that closes the film. Fletcher, a choreographer and first-time filmmaker with a sophisticated talent for filling the widescreen frame, is considerate of how the world looks to different people, and in her fusion of divergent dance styles she is making a goodhearted call for camaraderie. This message is best expressed in a poetic sequence between Tyler (Channing Tatum), a poor kid from Baltimore doing community service at the ballet school he vandalized, and Nora (Jenna Dewan), a ballerina who takes him as her partner, where his clothes progressively tighten and hers relax. This montage is emblematic of the meet-halfway ethos Fletcher sweetly pushes throughout the film and the chemistry of the two leads, who make Tyler and Nora’s battle for each other’s trust appear convincing. Always the film is trying to break down walls, like the preconceptions Mac (Damaine Radcliff) has about his buddy Tyler’s new ambitions, but the story is prone to over-simplified caricature and lazy Afterschool Special sermonizing, like the laughable subplot about car thieving that ends unsurprisingly in mawkish disaster. Even before the obvious wake-up call implicit in this violent stunt fully scans, Fletcher drops the storyline like it’s hot. Lucky for us the dancing and visuals of the story aren’t as lazy as the storytelling.