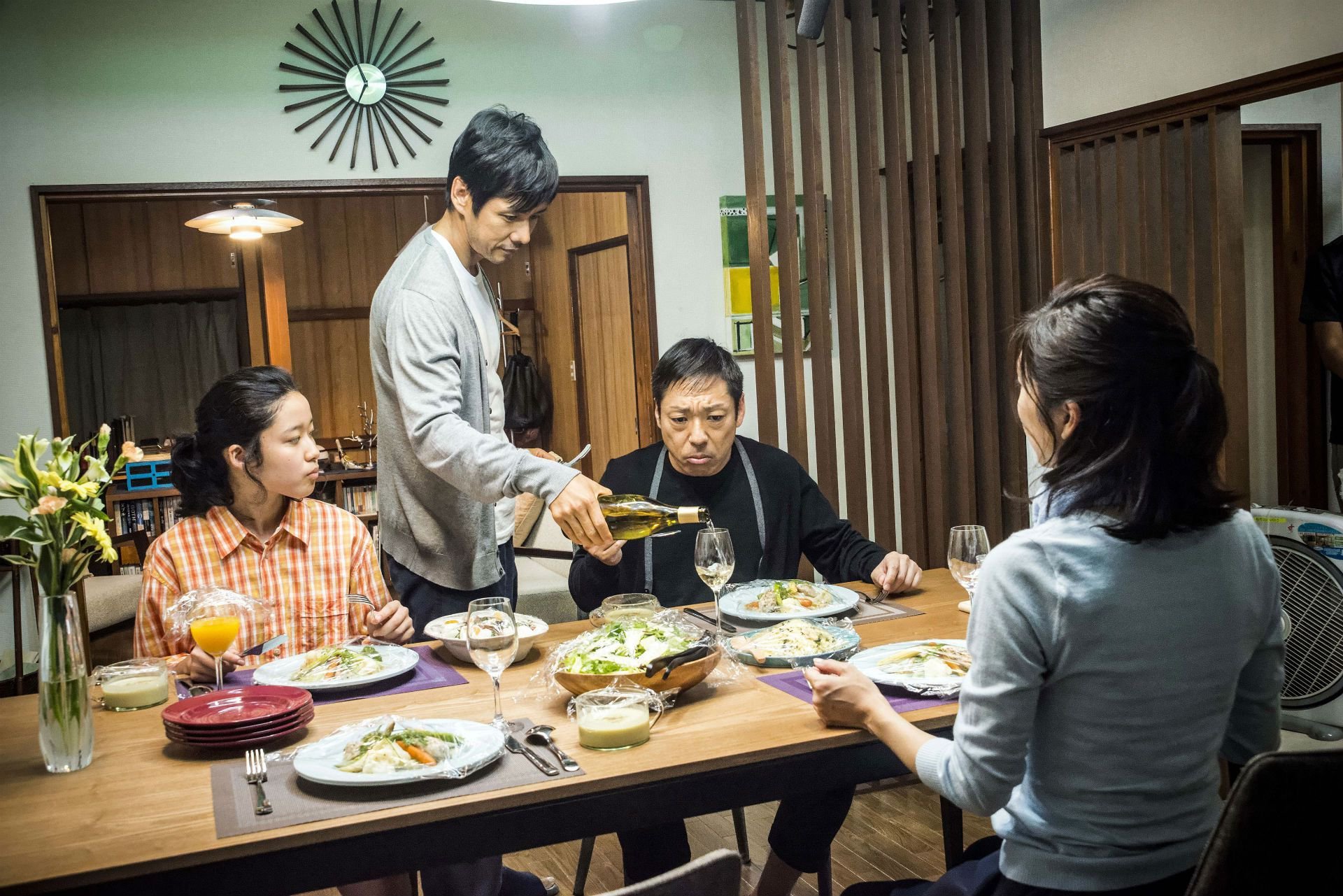 The most gratifyingly primal element of a thriller’s motor is the sense of anticipation it inspires leading up to the springing of a trap. Skillful filmmakers compel us to search their frames, surveying the imagery for a clue as to where the narrative’s headed. Japanese director Kurosawa Kiyoshi is an expert at this kind of suspense, in which the slightest tonal hair separates the banal from the uncanny. In his masterpiece, Pulse, he defines the high concept of a haunted Internet through unforgettable quotidian details, such as corridors with shadows that are minutely not quite right.

In Creepy, Kiyoshi frames deserted-looking neighborhoods with a symmetry that emphasizes their dispiriting sameness so subtly and exactingly as to drive a mounting existential fear within the audience that recalls Pulse’s eerie isolating atmospherics. Early in the film, when a housewife attempts to reach out to a neighbor, knocking on the gate of a house, Kiyoshi allows us to feel the false emptiness of a landscape—as if a predator is watching and only making a pretense of absence. A tarp, blowing gently in the wind nearby, serves as an intuitive harbinger of doom, almost visually echoing an earlier shot of a door to a prison cell slowly opening as if on its own, signaling a killer’s unlikely and terrifyingly casual escape. Here, danger routinely enters the frame with a lack of ceremony, as if it’s arising from a realm that’s been in front of us all along. Every supple, elegant camera pirouette connotes such menace, even a shot as matter-of-fact as a pan over to a family dog.

In terms of formal orchestration, Creepy is as sublime as any prior Kiyoshi film. But the filmmaker, whose use of silence is as masterful as his blocking, doesn’t fully mine his promising theme. In theory, Creepy is a companion piece to Cure and Pulse, offering another lurid metaphor for modern social disconnection. In the case of this film, the go-go, round-the-clock work mentality of the 21st century is under Kiyoshi’s microscope, as he uses a suddenly and unhappily retired police detective, Koichi Takakura (Nishijima Hidetoshi), as a signifier of a culture that finds families separated more often than united, each member off working somewhere obsessively on their own. Koichi is a conscious genre-movie archetype—the brilliant, empathetic crusader with possibly unstable motives—who’s so preoccupied with an old unsolved case that his wife, Yasuko (Yûko Takeuchi), drifts into the web of a nearby spider, her boredom triggered by her resentment of Koichi.

The resonant friction between Koichi and Yasuko, however, quickly dissipates, as the latter is utilized primarily as an object to be batted around between Koichi and his adversary, giving the plot little emotional anchor as it grows more free-associatively unhinged and ludicrous. Creepy’s characters, with one exception, remain charismatic yet self-consciously remote and obliging. This textural limitation is purposefully achieved, affirming the film’s view that many of us are rendered remote automatons by our schedules, but it registers more pronouncedly as a convenience of formula. Yasuko’s longing is especially under-explored, making her curiosity and desperation appear less poignant than idiotic. One wishes for a scene of Yasuko in repose, contemplating the decisions that led to her to this life in an empty house.

The character who serves as an exception to this rigid efficiency is a socially inept mystery man played by the indelibly haunting Kagawa Teruyuki, who performs with an aura of perverted flatness that correlates ideally with the pregnant menace of Kiyoshi’s mise-en-scène, suggesting the classic film that might’ve been. Creepy is a masterful work of suspense, but it ultimately remains an exercise; the film doesn’t quite make the leap into the gloriously irrational realm of the empathetic and transcendent.