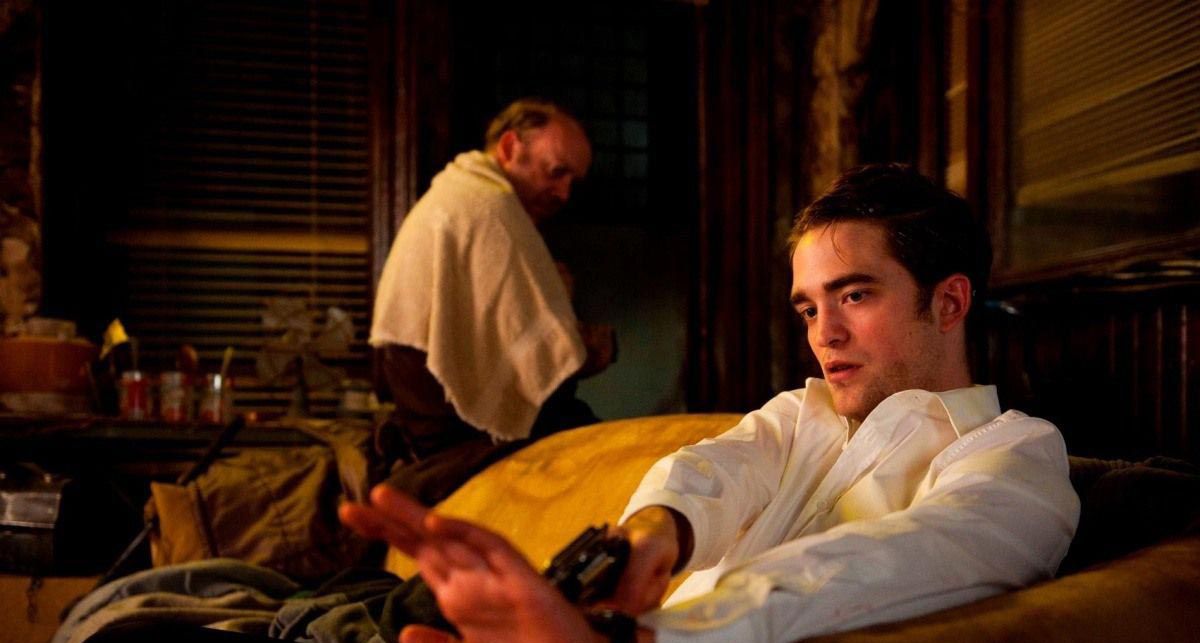 Diamond-hard and dazzlingly brilliant, David Cronenberg’s Cosmopolis plays like a deeply perverse, darkly comic successor to Videodrome. Where the earlier film pioneered disturbingly anatomical ways to interface with the televisual, Cosmopolis delivers an excursion into the immersive ubiquity of the virtual, basking in the refulgent “glow of cyber-capital,” as one of its resident gurus would have it. Taking on another allegedly unfilmable novel, in this case Don DeLillo’s postmodern reworking of James Joyce’s Ulysses, Cronenberg accomplishes an almost alchemical transmutation of the source material, indelibly stamping it with his own abiding preoccupations, while still hewing closely to the book’s tone and tectonics, even extracting entire exchanges almost verbatim. Cosmopolis may go easy on Cronenberg’s trademark body horror (save for a couple of memorably bloody exceptions), but its desire to delineate the language of command and control, as well as its sudden alternations between mannered repression and cold cerebral frenzy, points up a decided family resemblance to his other films, mostly notably in this regard A Dangerous Method. Moreover, the squalor and moral rot on display in the final scenes constitute a direct visual echo of Videodrome’s sordid finale, and the broody ruminations on the etiology of pathological violence seem like an explicit reprise of A History of Violence.

Predicated on an absurd whim, Cosmopolis relates 28-year-old financial wunderkind and billionaire Eric Packer’s (Robert Pattinson) daylong, cross-town quest to get a haircut. Along the way, there will be time enough for sexual trysts, political demonstrations, a celebrity funeral, and the depredations of the Pastry Assassin (Mathieu Amalric in a hilarious cameo). Meanwhile, Packer’s currency speculations turn self-destructive, revealing an urge that will eventually manifest itself in a far more extreme fashion. As his white stretch limo crawls across midtown Manhattan, Packer consults with various advisors and underlings in a series of rapid-fire exchanges delivered in DeLillo’s syncopated, ostentatiously stylized patois. The limo’s plush interior, fitted with all manner of monitors, readouts, and displays (even a toilet), resembles a sleekly self-contained mission control, a war room in which Packer can wage his losing battle against the yuan. Not all the action, however, is confined to the back of Packer’s limo. Cronenberg nicely sidesteps that Aristotelian constriction with side-trips to some choice curbside attractions.

Just as Cosmopolis’s varied visual palette allows Cronenberg and DP Peter Suschitzsky to construct an imagistic index of his other films, its episodic structure affords Packer a series of thematic sounding boards. Some, like advisor Vija Kinsky (Samantha Morton), seem tailored for a quantum of philosophical rumination, a buffed-up, abstract sort of speculation on speculation. Others, like fidgety flunky Shriner (Jay Baruchel), supply a modicum of comic relief. There are even moments of inspired surrealism as with the sexually charged discussion between Packer and his chief of finance, Jane Melman (Emily Hampshire), that occurs while Packer submits to a prostate exam. For that matter, the film’s libidinal economy definitely favors a bull market. Packer’s winsome newlywed wife, Elise Shifrin (Sarah Gadon), crops up now and again as a suitably obscure object of his desire, since she refuses to give in to his amorous advances. Art advisor Didi Fancher (Juliette Binoche) uses a backseat bout of lovemaking to dissuade Packer from acquiring the famed Rothko Chapel and transplanting it in its entirety to his penthouse apartment. And then there’s the bodyguard, Kendra Hays (Patricia McKenzie), who, as it happens, has some innovative post-coital uses for her taser.

Packer’s asymmetrical prostate, incidentally, comes to symbolize everything that his rigorous economic algorithms cannot quantify, that specter of unpredictability that haunts every system, and that prompts Packer to put it all on the line. From the credible threat on his life in the form of a disgruntled former employee, to a televised political assassination that resembles an exceptionally gory bullfight, instability happens to be Cosmopolis’s watchword. At one point, Packer’s limo passes through a flagrantly theatrical, Occupy-style protest involving self-immolation, rat-wielding pranksters, and a hijacked stock ticker recalibrated to display the opening line of The Communist Manifesto: “A specter is haunting the world, the specter of capitalism.” Nor is this the only manifestly Marxist touch, since Packer responds by paraphrasing the Russian anarchist Mikhail Bakunin: “The destructive urge is a creative urge.” The notion that acts of social terrorism can be seen as a kind of twisted performance art, that violence somehow always intersects with the creative urge, is another career-spanning Cronenberg theme, especially reminiscent of similar moments in Videodrome and eXistenZ.

After the breathless forward momentum of its first two acts, paced like the screwiest of screwball comedies, Cosmopolis settles into a conversational groove with a pair of protracted confabulations. When Packer finally reaches his ostensible destination, the family-owned barbershop he and his father used to patronize, we get a glimpse into what amounts to another world, as though Packer’s journey had been back in time, and downward through layers of strident upward mobility, arriving at a place of simplicity and generosity evident nowhere else in the film, albeit one tinged with wry, earthy humor, all the better to avoid self-serious complacency. Needless to say, it doesn’t last long. Driven on by his own private Furies, half-shorn and fully armed, Packer emerges into a dilapidated, seemingly abandoned warehouse district; this, too, is a far cry from the nouveau riche sheen of tonier settings.

Everything builds to the final confrontation between Packer and his credible threat: shambling, bug-eyed Richard Sheets (Paul Giamatti), who demands to be called Benno Levin, and believes he takes orders from a sentient fungus growing between his toes. The loopy banter between the two could easily have lost traction entirely, and spun off into caricature, but Giamatti and Pattinson keep it grounded. (Levin’s crazed spewing, in particular, comes across like wholesale parody of the Lee Harvey Oswald found in DeLillo’s Libra.) Not one to be outdone, Packer responds with a shocking act of self-mutilation. Without giving too much away, it’s safe to say that Cosmopolis concludes inconclusively, sounding a note that resounds with ambiguity, leaving Packer’s fate, if not exactly open-ended, then dangling properly in midair.