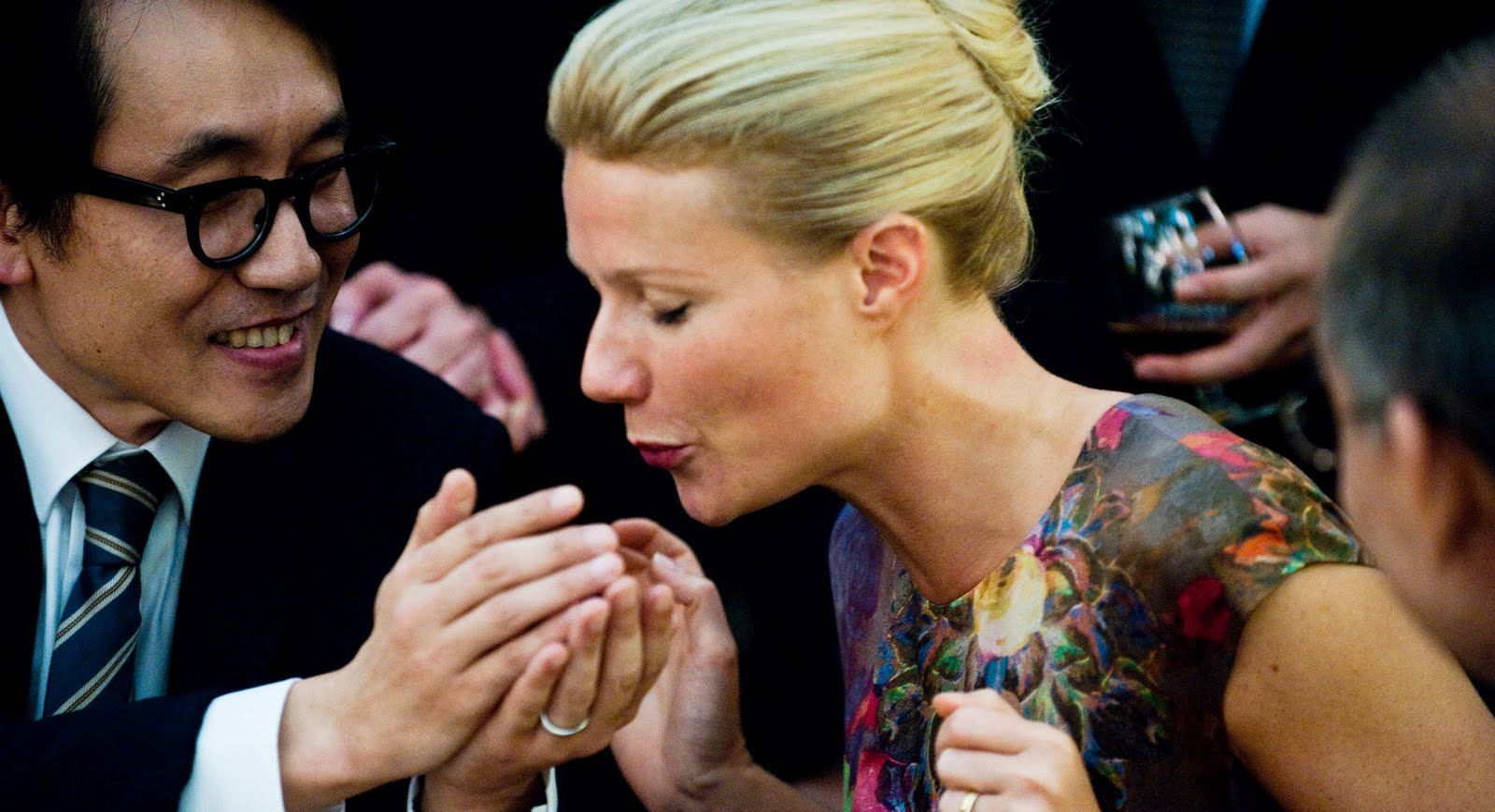 Steven Soderbergh’s Contagion begins with a cough, then the sight of Gwyneth Paltrow looking under the weather and showing no signs of remorse for, we soon learn, her character’s martial indiscretion—because there’s scant room in this drama for human feeling, only audience-stoking alarmism. From business in Hong Kong to a booty call in Chicago, Beth (Paltrow) will never know that she doesn’t have a particularly nasty bout of jet lag, let alone a virus that will kill more people than Michael Bay’s oeuvre has obliterated brain cells the world over. The cheating exec is dead within days of arriving in her hometown of Minneapolis, her autopsy culminating with her IMAX-friendly scalp flap pushed down to expose brain matter laid to waste by what will become known as MEV-1. “Oh my God, should I call someone?” says the coroner, to which his colleague replies, “Call everyone.”

Enter everyone: countless Oscar hall-of-famers, mostly starring as saviors, and a small army of bit players as third-worlders that will need their saving. Among the throng: Kate Winslet as the young doctor who selflessly ventures into harm’s way on the domestic front, twice stifling her righteous indignation in front of a comically money-minded CDC public-relations ghoul; Marion Cotillard as the World Health Organization doc who suspects—and possibly to her detriment, as we’re misled into believing in one shameless, suspense-drumming scene—that Macau is the disease’s ground zero; Jude Law, suspiciously rocking a crooked central incisor, as an activist blogger who shrilly screams government cover-up and claims to have rid himself of the virus; and Laurence Fishburne as the CDC director who, still saving face after the go-nowhere N1H1 panic, must stem the public’s growing unease.

A germophobe’s worst nightmare, Contagion touches on all the dramas big and small, mostly big, we’ve come to associate with catastrophes such as this, from the panic on the streets to the political self-interest that plays out behind the scenes, of people abiding by or defying pharmaceutical red tape, and does so as if it were hurriedly going down and adapting a list of bullet points, never lingering on any one drama in a particularly meaningful fashion. A very early sequence, in which a daisy chain of coughing and shivering across continents establishes one of several persons as MEV-1’s patient zero, more or less sets the tone for what is essentially a feature-length montage sequence, a Purell advertisement short on human interest and long on explanations of a pandemic through analogies and generalities.

Matt Damon, as Beth’s MEV-1-immune hubby Mitch, subtly defies Contagion’s simplification of the politics of guilt, resistance, and helplessness. That Beth is an adulteress, and her son a product of a previous relationship, is at least one symptom of the film’s callous aversion to creating scenarios in which characters might be required to seriously grieve for their dead. Soderbergh has no time for that sort of drama, for he would rather dramatize the effects of the MEV-1 virus as a schematic, soulless slideshow, and yet Damon gamely cuts through the film’s cynicism in small flashes throughout, poignantly conveying the desperation of needing to keep his teenage daughter away from her boyfriend until he’s sure the horndog won’t give the girl the virus.

But Damon’s beating heart is but a whimper in a vast, chilly spectacle of connect-the-dots scare-mongering. From initiation to resolution, MEV-1’s toll is conveyed in Soderbergh’s familiarly clinical music-video chic. This is a tony-looking apocalypse whose horror is conveyed through handsomely minimalist blocking and art direction: empty airports, even emptier supermarkets, trash-ridden streets, long food lines in steely-looking parking lots. And as it is relentlessly scored to Cliff Martinez’s whispy electronic bells and whistles, this procedural in the end merely suggests a ketamine addict’s adaptation of a CDC Preparedness 101 manual, depicting catastrophe in dreamy, nuance-free fast-forward with the single-minded purpose of advocating the supremacy of science (always right, as the stupidly needless coda suggests) and technology over humanity.