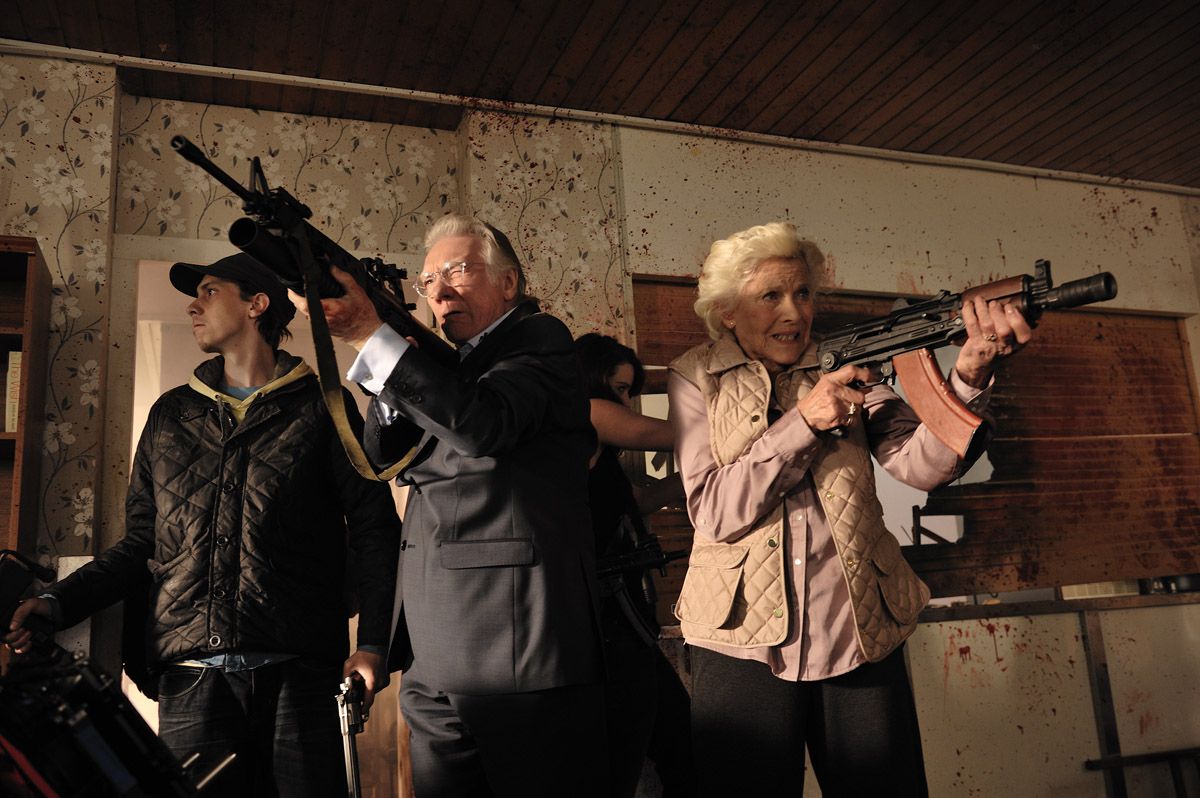 Matthias Hoene’s Cockneys vs. Zombies gleefully delivers on the promise of its title, pitting the cockney against the zombie after a tomb, sealed in 1666 by the order of King Charles II, is breached by a pair of construction workers with hopelessly shoddy reflexes. Essentially RocknRolla by way of Shaun of the Dead, though less deliriously plot-contorting than the former and less pop-culturally aware than the latter, Hoene’s horror-comedy sees a bunch of mates robbing a bank in part to save a retirement facility on the brink of being turned into luxury apartments for “yuppie twats.” The zombie invasion initially aides their sticky wicket of a scheme, though it eventually separates the bank robbers and their hostages from the equally motley old folks at the Bow Bells Care Home, among them Alan Ford’s vitriolic Ray and Honor “Pussy Galore” Blackman’s regal Peggy, who take arms against the zombie horde with table lamps and electric garden clippers.

Hoene smoothly, if dully, moves the story toward its expected resolution, allowing the cockney swears to flow as deliriously as the truly convincing blood splatter, offering a few unexpected gut-busters along the way, such as the yuppie hostage who, as his entrails are being munched on by the walking dead, squeals, “Get ‘em off me, I have a heart condition!” and a zombie’s insanely slow pursuit of a walker-bound geezer. As an allegory for the resilience of the East Ender, Cockney vs. Zombies is perhaps overstated, though it achieves a twisted poignancy in a scene wherein a bunch of cockney zombies knock each other around instead of munching on the heroes’ neck meat. This may be the film’s one lasting contributing to the world’s impossibly every-growing canon of zombie films: suggesting that, even in death, the irascibility of the cockney is so intrinsic to his or her being as to be impossible to reprogram.

Review: When Comedy Went to School