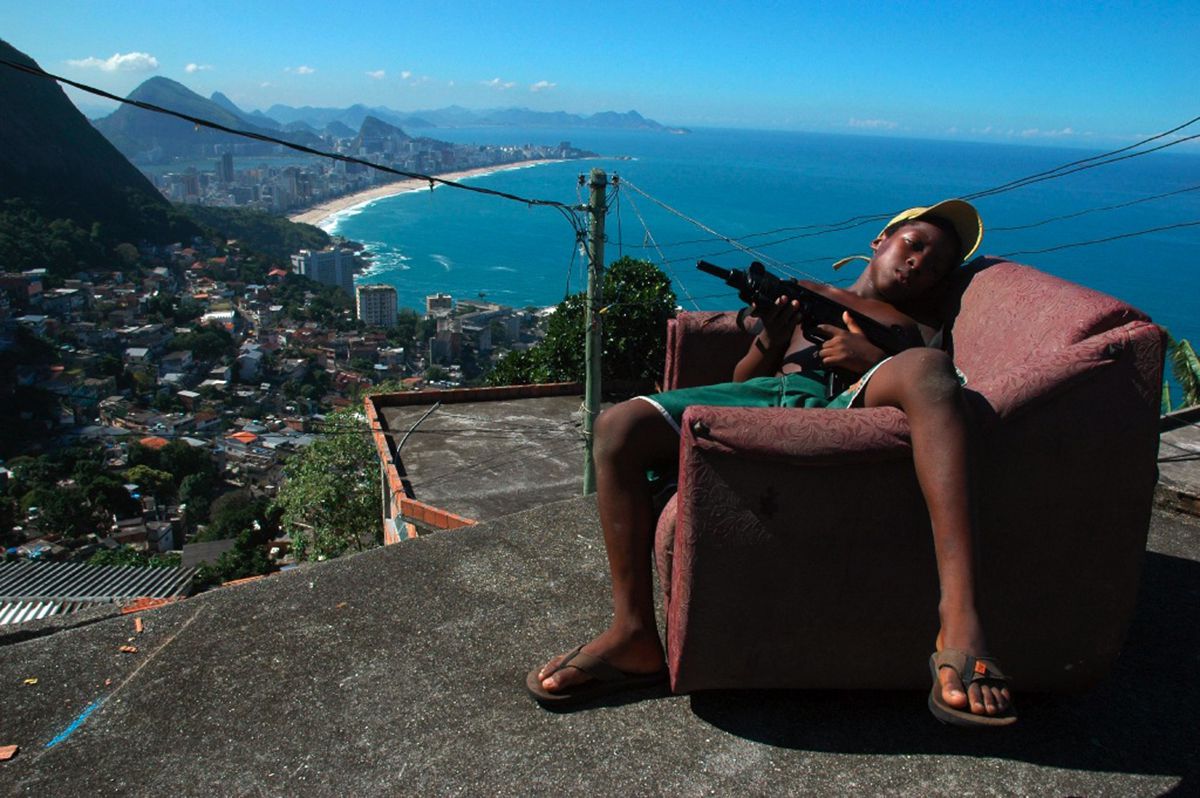 By now, it’s safe to say that the House of Meirelles is as chic as Chanel’s. Made in the image of City of God, Paulo Morelli’s City of Men pushes the same gussied-up vision of Brazil’s favelas, with the soap-operatic moral struggle of two best friends from Rio’s slums playing out against a background of sweltering trips to the beach and local dance clubs, where funk is pumped through the speakers and bullets fly dangerously overhead. Essentially a Rio-set Afterschool Special, the film unimaginatively diagnoses favela violence as an illness wrought by fatherless rearing. “I’m too young to be a father,” says Ace (Douglas Silva) early on, and to prove it, he leaves his son at the beach. The tyke makes it back to his pai in one piece, a miracle given that Morelli points a camera like a gun and uses music like a bludgeoning device. From there, everyone’s daddy issues are histrionically conflated: Wallace (Darlan Cunha) connects with the father he didn’t know existed at the same time Ace learns who killed the father he never knew. The story confuses convenience for conscience, and so it is that Ace hastily embraces violence after learning the truth about his father’s demise, an incredulous trajectory that’s neither consistent with his decency nor justified by the gangland warfare that grips the favela. Evincing scant understanding for how lives are genuinely soured beyond points of no return, City of Men settles for choice-is-yours bathos.