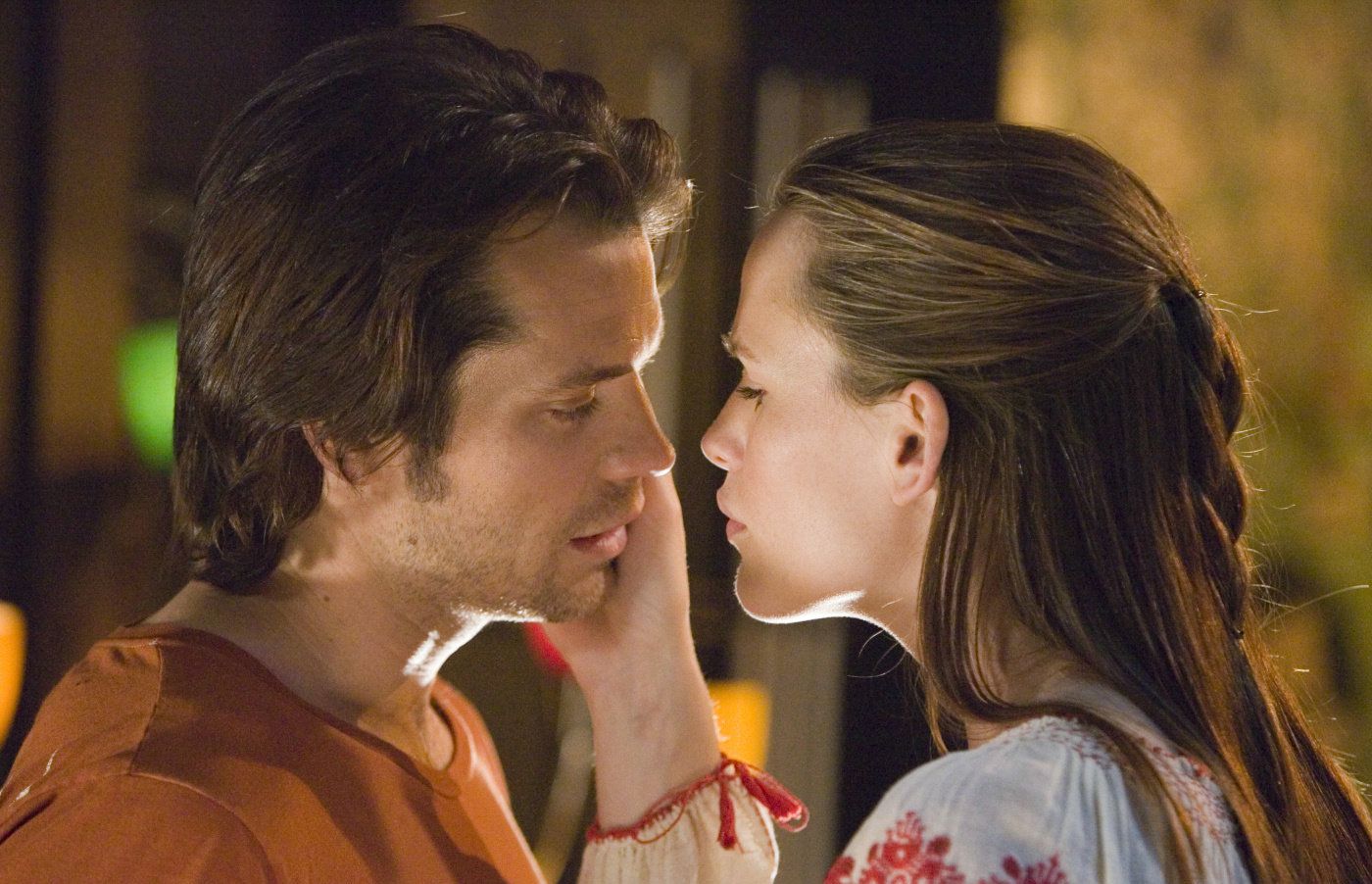 If grief were as easily overcome as it is in Catch and Release—a few revelations that make you reconsider your love for the departed, a group of fun-loving friends, and a mixtape of singer-songwriter tripe playing over your every reflective moment—Prozac sales would be in dire trouble. Needless to say, the recipe for closure promoted by Erin Brockovich screenwriter Susannah Grant’s directorial debut is pure fantasy, though what really damages this wannabe romantic comedy is how its fixation on loss and the process of overcoming it interferes with both its romance and comedy. Miserable over the untimely death of her fiancé Grady, Colorado native Gray (Jennifer Garner) moves in with his best buddies Dennis (Sam Jaeger), Sam (Kevin Smith), and Fritz, the latter a visiting L.A. filmmaker so classy that he screws a stranger at the funeral while Gray, in a prototypically contrived turn of events, secretly listens from behind a bathroom shower curtain. Pathetic Dennis loves Gray, obligatory funny guy Sam loves quoting Celestial Seasonings tea boxes (he works for the company), and Gray slowly begins pining for Fritz, all while surprising information emerges about Grady’s bank account and involvement with a new age-y West Coast bimbo (Juliette Lewis) and her young son. Despite having to deal with these and other traumatic issues, Gray finds plenty of time to mourn, shuffling through alternately serious and silly incidents with a pained, downcast expression that—if not as wrenching as one flash of private anguish from Fiona Shaw, stuck in the ludicrously monstrous/altruistic role of Grady’s mom—Garner occasionally manages to render genuine. Nonetheless, Catch and Release navigates heartache with too much cutesy cheer and trite ballad-overlaid melodrama to be moving, even as the sincerity of its examination of sorrow sabotages its (largely mirthless) lighter sequences. It also doesn’t help matters that Grant doesn’t bother developing her characters, such that when Gray and Fritz finally hook up and tell each other, “You aren’t who I thought you were,” the sentiment means nothing, since the film hasn’t clearly established either’s initial assumptions about the other, nor dramatized how said beliefs have been radically overturned. They’re just attractive people who seem to like each other, a relationship arc that’s as flimsy as the story’s gloom is glib.