According to the film’s press notes, Captain Abu Raed materialized when writer-director Amin Matalqa was challenged by producer David Pritchard to “write an original Arab language feature film that Charlie Chaplin would want to be in.” I cannot speak for Mr. Chaplin, but from my vantage point, the results feel more like they were plucked from Harvey Weinstein’s trash bin circa 1998. Like the worst of Miramax’s “humanistic” acquisitions from around the world, Captain Abu Raed reaches for restrained empathy but cannot hide its bald-faced emotional manipulations and squishy, sentimental core.

The film revolves around one of middlebrow prestige cinema’s favorite types: the elderly widower with a crinkly smile and a kind heart full of sad memories. A janitor at Amman’s Queen Alia International Airport, Abu Raed (Nadim Sawalha) lives a life of quiet solitude, reading books and talking to the picture of his deceased wife. One day, he finds a discarded captain’s hat in the airport trash and dons it in his neighborhood, prompting the local children to mistake him for a pilot. After some hesitation, he takes on the role, regaling them with vivid stories of his fictional travels and forming a particularly close bond with two of the neighborhood kids: Tareq (Udey Al-Qiddissi), whose father has pressured him to skip school and sell wafers on the street; and Murad (Hussein Al-Sous), a young man whose physically-abusive father (Ghandi Saber) has left him resentful of the happiness Raed instills in the others. Raed also strikes up an unlikely friendship with Nour (Rana Sultan), a pilot pressured by her family to marry. As his connection with each of them deepens, Raed discovers a renewed sense of purpose within his own life and ultimately makes a major sacrifice on behalf of one of them.

It’s one of those meandering, faux-naturalistic assemblages of everyday life that has long calcified into art-house cliché. Even the moments of minor-key compassion within Matalqa’s script feel secondhand, as when Murad gets a glimpse of the professional frustrations that fuel his father’s drink-fueled tirades. This particularly mars Sawalha’s subtle and affecting work, which doesn’t always transcend the character’s familiarity. Nor can he really sell the film’s ham-fisted lurch into suspense melodrama, when Raed attempts to stop Murad’s abusive father from further harming the family. This move—sexed up with Austin Wintory’s bombastic score and “gritty” unstable camerawork—pushes the film into full-on bathos and squanders the meager reservoir of goodwill the actors manage to create.

This is a shame, because Matalqa (working with cinematographer Reinhardt Peschke) has a sporadically artful eye. His penchant for placing characters in silhouette within centered, symmetrical compositions produces some moody, memorable images, and he captures the deserts and cityscapes of Jordan with clear affection. It’s pretty, but it’s also pretty meaningless—pictorial beauty divorced from any real narrative purpose or emotional weight. Captain Abu Raed gestures at notions of class inequality and gender pressures within modern Jordanian society, but it’s ultimately content to brush these aside in the name of contrived schmaltz. In his attempt to evoke Chaplin (and, for a film with such a goal, Captain Abu Raed is not particularly funny), Matalqa has merely produced a mediocrity that reminds us of other mediocrities.

Review: Tel Aviv on Fire Is Playfully Biting but Resorts to Contrivance

The Americans Recap: Season 3, Episode 11, “One Day in the Life of Anton Baklanov” 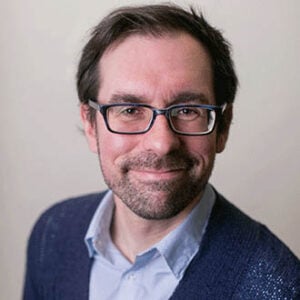