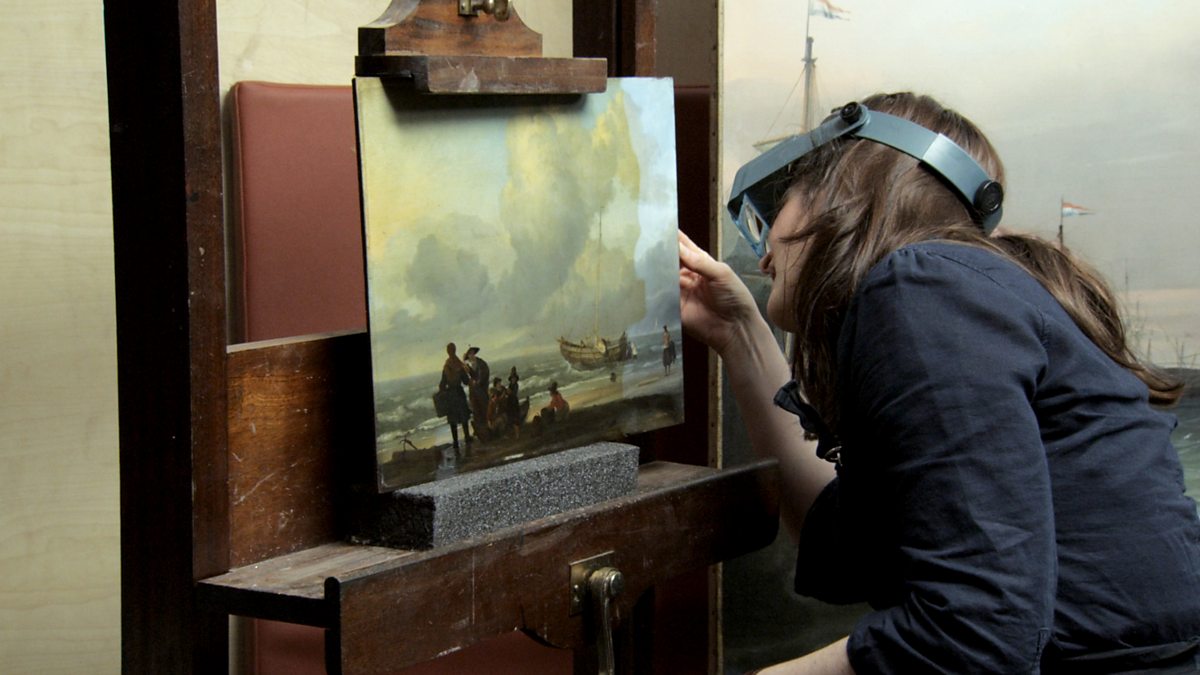 Frederick Wiseman’s institutional analyses entered a new register in the mid ‘90s with Ballet, wherein the institution’s involvement with the constructive and performative aspects of artistic endeavor came to the foreground. Performance was usually an element in Wiseman’s films, of course, from the rank-and-file formations in Basic Training to the catwalk struts in Department Store, and later films like At Berkeley have returned to the structural expose format, but Ballet puts the emphasis on creation and not routinization. National Gallery takes this development to the next logical step, using its titular establishment as a springboard for an all-encompassing exploration into the multifarious nature of art as both history and object. This is one of Wiseman’s richest and most thought-provoking films, and easily one of his best.

With Wiseman’s films, it’s often tempting to try and work out the underlying structure, even while you’re watching them, to break them down into discrete sequences, and thereby discern the broader thematic movements or acts (depending on your artistic analogue of choice). National Gallery is hardly an exception: After an overture that offers up a number of famous paintings for the critical gaze of patrons and viewers alike, the film’s first hour examines the historical and formal context of the museum’s holdings. Wiseman presents extended talks from curators and guides about particular works of art. Classes in art appreciation for young and old, as well as art classes where students sketch from a live model, embody what John Berger famously called the art of looking. In that sense, a film and a painting aren’t vastly different. Each can be “read” in a number of ways, and it has always been one of Wiseman’s greatest strengths that he can present his material in a way that leaves it most open for individual interpretation.

National Gallery’s second hour delves into the physical lives of the paintings, exposing the normal wear and tear suffered by works that are hundreds of years old, and follows the redoubtable efforts of the museum’s restoration and retouching staff. Museum-studies aficionados will relish footage of curators discussing the philosophy of putting together an exhibition, and what can be gleaned from a seemingly random configuration of artworks. The film’s third hour touches on the museum as a physical space with an amusingly complicated discussion of lighting techniques. Many of the paintings seen earlier crop up again in new contexts, which is part and parcel of the section’s theme: that what we think we see depends in no small measure on our frame of reference. (A discussion of J.M.W. Turner’s The Fighting Temeraire brings to mind Mike Leigh’s Mr. Turner, to boot.)

Nor does Wiseman ignore the institutional aspects of the museum: Discussions about budget cuts and layoffs put the rarefied realms of the Renaissance in a new perspective. What is the value (use or exchange, to wax a bit Marxian) when people go hungry or, as a showboating Greenpeace protest halfway through the film asks, the Arctic ice caps are under threat? Approaching the question from another angle, a marketing meeting discusses selling Old Masters to modern citizens. It’s a dilemma, obviously, lacking one definitive answer. Nevertheless, the film provides its own implicit response in the end, calling attention to an exhibition entitled “Metamorphosis,” where art’s alchemical ability to inspire a ferment of creativity yields striking transmutations of its basic elements into something new and daring, sounding a clarion call that’s been upheld by most modern art movements. You only have to think of Ezra Pound’s Imagist manifesto: “Make it new!”