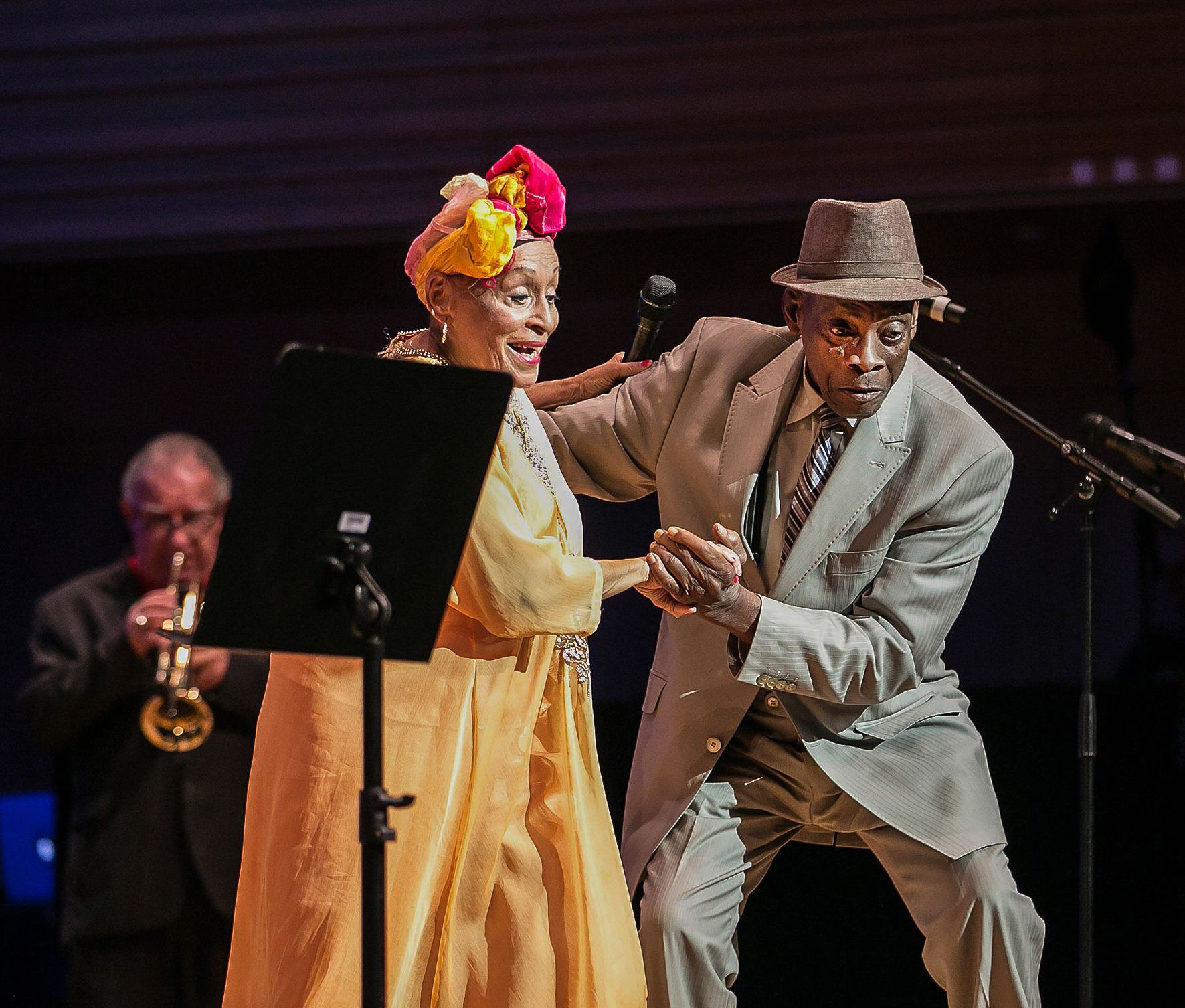 When it was released two decades ago, the album Buena Vista Social Club, a collaboration between American guitarist Ry Cooder and a group of traditional Cuban musicians that included members of the Afro-Cuban All Stars, became a surprise smash, winning a Grammy for best traditional tropical Latin albumand spawning a documentary of the same name by Wim Wenders. That film, which documented how Cooder brought together the musicians to record an album in their native Cuba and to perform live (and to sell-out crowds) in Amsterdam and New York, ably captured the buoyant yet slightly melancholy spirit of Juan de Marcos González and company’s music, but it was also largely divorced from any historical or political context, interspersing concert material with some local-color footage of Havana but providing little sense of where this music truly came from.

Lucy Walker’s Buena Vista Social Club: Adios attempts to fill in that gap, offering a comprehensive history of the musicians behind the 1997 studio album, while at the same time delving into the development of son music and Cuban politics. Chockfull of archival clips, as well as new footage of the band’s surviving members (Compay Segundo, Ruben Gonzalez, and Ibrahim Ferrer all died in the early aughts), the documentary is less interested in introducing this music to the uninitiated than in enriching the understanding of those who are already fans. For devotees, it offers a number of delights, including footage of the often contentious two-day rehearsal sessions leading up to the musicians’ first concerts together, archival clips featuring Ferrer and Omara Portuondo performing together in the 1950s, and new footage of the Orquesta Buena Vista Social Club’s “Adios Tour” that brought the musicians to the White House and their first performance in Miami.

Walker’s assemblage of this material, though, is cluttered and at times confusing, a fact exacerbated by her failure to label the date and provenance of the footage she uses. Lacking a strong narrative or thematic through line, Adios attempts to cover a lot of ground but rarely explores any one topic with enough depth to give a full understanding of its musician subjects and their work. The film is at its most incisive when it explores the historical development of son music, from its roots in slavery and racial segregation to its popularization in the ‘40s and ‘50s to its declining popularity after the Cuban revolution. But even here, it’s hard not to wish Walker devoted more time to exploring how Castro shaped Cuba’s traditional music. Several musicians express their fondness for Castro, but Walker only briefly gets past the platitudes to explore how the sweeping social policies his government enacted—which included closing private clubs and placing musicians on the government payroll—impacted their lives, for good and ill.

Still, Adios offers a useful corrective to Wenders’s vision of the Cuban music scene, which approached its subject caringly but from the perspective of a wayfaring Western outsider. In the opening of Wenders’s film, Segundo trolls the streets of Havana looking for the location of the real-life Buena Vista Social Club. With the locals unable to determine exactly where the club once stood, the scene serves as a metaphorical evocation of Cuba’s half-forgotten musical legacy. Walker recreates that scene with black Cuban bandleader Juan de Marcos, who finds the actual spot where the club operated and offers an impassioned history of the space, pointedly noting that it was a society house for black people. The scene highlights the tricky position of this film: It’s more informative and frequently more interesting, but it’s also essentially one long addendum to the original. Adios may deepen our understanding of these musicians and their world, but it never quite stands on its own.