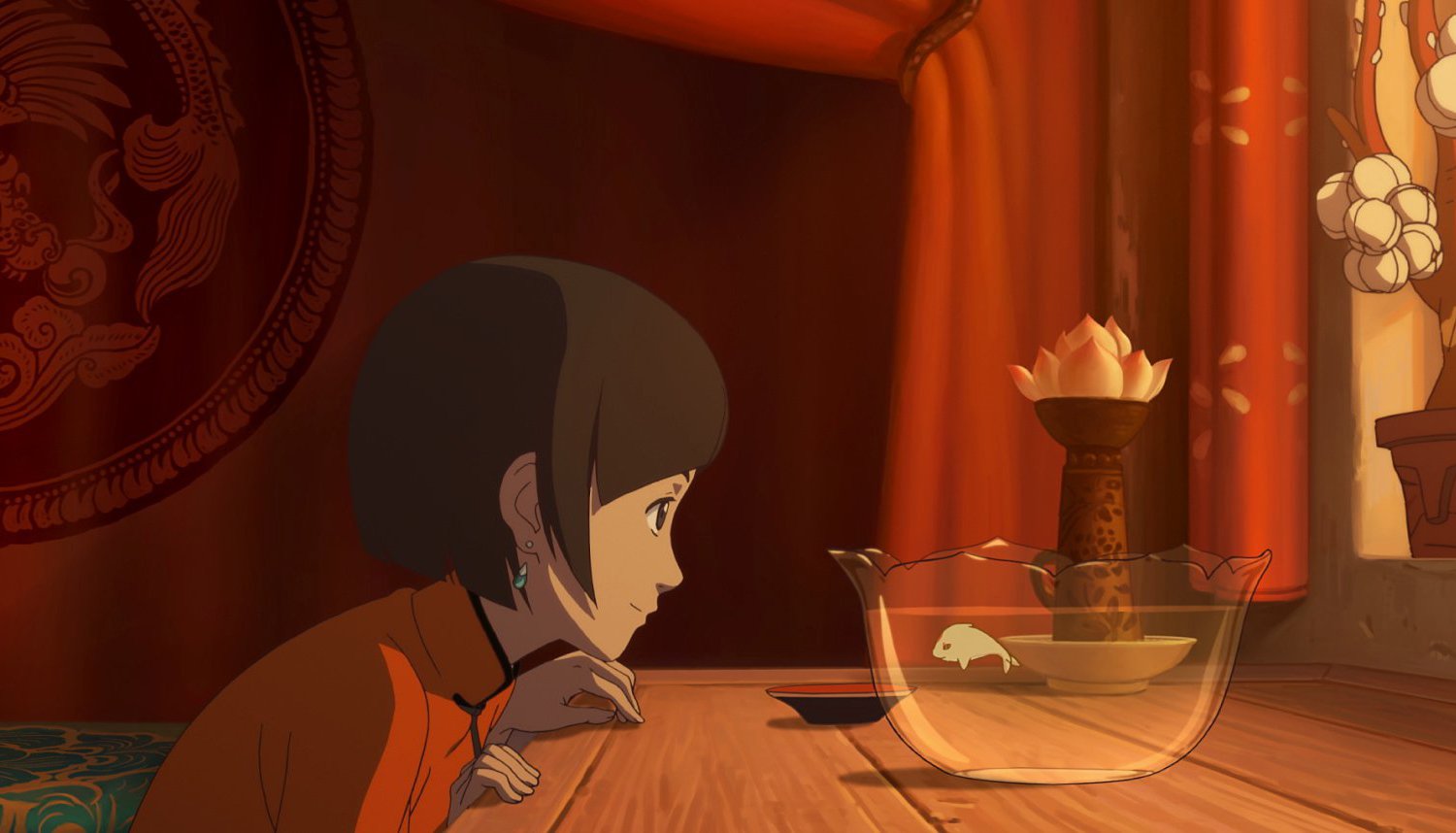 Xuan Liang and Chun Zhang’s Big Fish & Begonia certainly follows in the footsteps of Studio Ghibli, what with its ecological concerns and strong-willed young female protagonist who moves between our world and a parallel supernatural one where humanoid demigods, anthropomorphized animals, and other fantastical beings live side by side. But while its plot and themes are unmistakably indebted to the works of Hayao Miyazaki and company, namely Spirited Away, the film is nonetheless made distinctive by the manner in which Liang and Zhang endow it with uniquely Chinese elements.

Drawing from various works of classic Chinese literature, Big Fish & Begonia’s coming-of-age tale follows Chun (Guanlin Ji), a teenage girl who resides in a magical realm that controls Earth’s seasons and tides. The two worlds are connected by portals that occasionally open up between them, and Chun uses one such portal to spend some time as a dolphin in the human world, where she falls in love with a young fisherman (Timmy Xu) who saves her life. Eventually, their love causes their two worlds to collide in apocalyptic fashion, forcing Chun to choose between her love for the boy and her duty to her own family and world. While the plot is a bit convoluted, the film’s lush visuals provide a surfeit of beautifully rendered dream worlds and lyrical flights of fancy to keep the audience consistently engaged throughout.

Chun’s magical realm of “the others” is where heaven and earth meet, a seemingly harmonious land where beings of every shape and form use their magical powers to keep their world and ours in a delicate cosmic balance. Liang and Zhang aren’t reticent about pushing the film’s bizarre love triangle into the deepest realms of unreality, and in gonzo fashion. But the pinnacle of Big Fish & Begonia’s sense of wonder is the way that the filmmakers have endowed the world of “the others” with its own esoteric cultural norms, taboos, and rituals. Chun’s grandmother is a reincarnated phoenix, and her grandfather becomes a tree. This world is also populated by benign Cthulhu-like beings, a Kafkaesque bureaucrat of virtuous human souls, and a delightfully grotesque rat lady responsible for the souls of the damned.

When they reach 16, the beings who live in the dominion of “the others” enter the human world as dolphins, so as to observe this world’s natural rhythms firsthand. The film’s conflict is between Chun’s sense of filial piety and her personal desire, a mark of the work’s national origins. In a country whose rapidly changing social and economic realities have opened up possibilities for Chinese youth that were unheard of in the past, the film reflects these shifting tides in its conflicts and in some sly exchanges between the teenage protagonists and their elders. In addition to its otherworldly visual delights, Big Fish & Begonia uses recent Chinese history to offer thoughtful lessons to an international young adult audience without ever condescending to it.