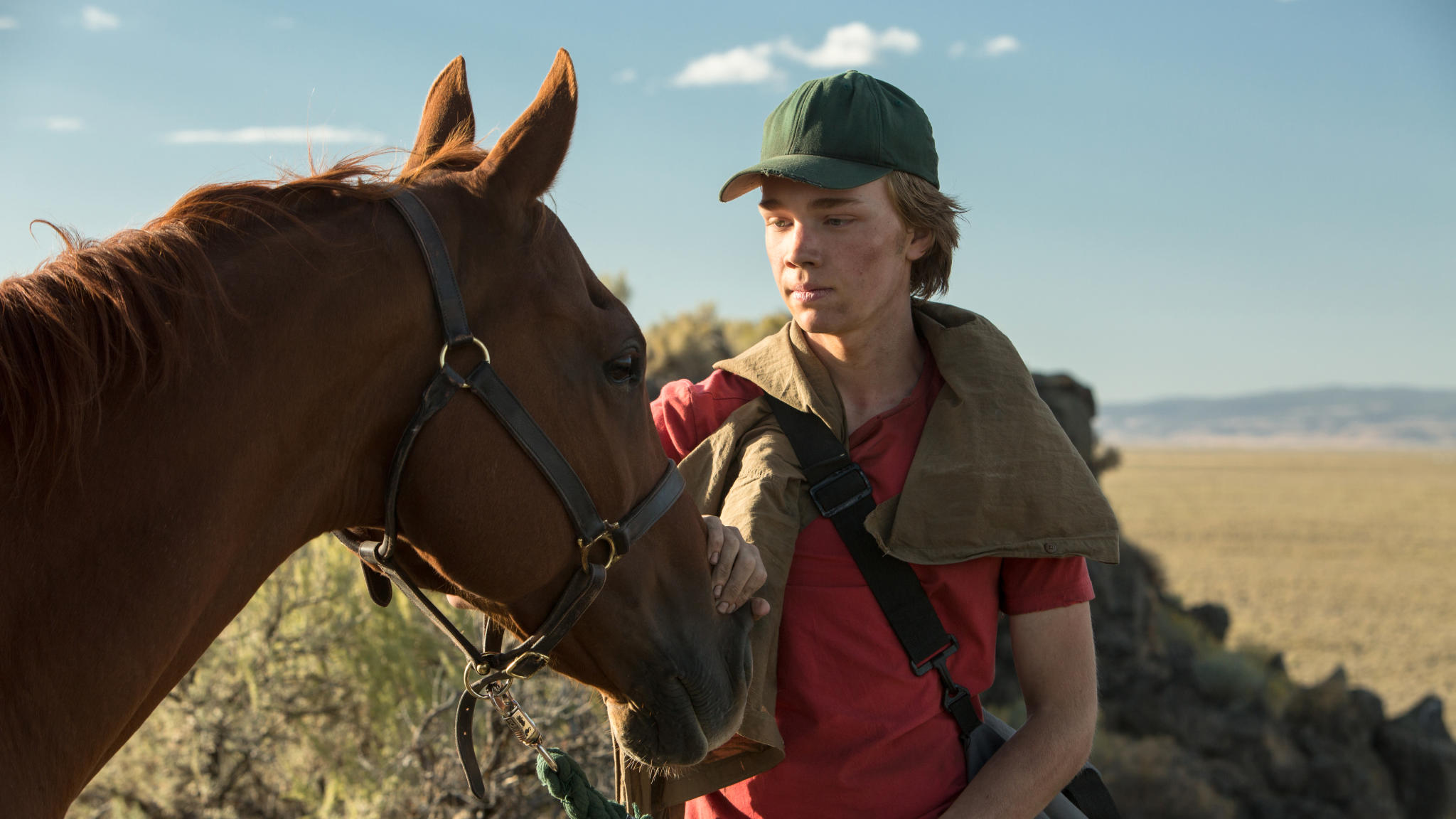 If Andrew Haigh’s previous features, Weekend and 45 Years, explored the vagaries of intimacy, Lean on Pete surveys a world where affection and companionship are harder to come by. Compassionate yet unsentimental, the film finds Haigh decamping from England to the American Northwest, where the vastness of the landscape stands in stark contrast with lives of constrained potential: Nearly everyone is a day laborer of one kind or another, and even friendship seems contingent on modest financial gains. As the film begins, 15-year-old Charley Thompson (Charlie Plummer) is adjusting to this new world at the same time that he’s growing into his body, exploring the outskirts of Portland, Oregon on long runs around a shabby neighborhood.

Lean on Pete, based on the 2010 novel by Willy Vlautin, exudes a quiet but self-evident sense of struggle—a sensibility that it shares with the films of Kelly Reichardt and the short stories of Alice Munro. The mise-en-scène, like the landscape, often speaks more loudly than the film’s characters: The sight of a small home’s empty cupboards, empty beer bottles, and unpacked boxes gets at the poverty and transience of Charley’s recent existence, and a few football trophies hint at a more stable past. Instead of sending him to school, Charley’s shaggy-dog single father, Ray (Travis Fimmel), hands him $20 for food with apologies that it can’t be more. Rather than spend the money, Charley is drawn to a local racetrack, where he finds quick work accompanying a trainer, Del (Steve Buscemi), on an overnight trip to a third-rate track.

Charley’s work with Del and his jockey, Bonnie (Chloë Sevigny), is an education in the unsparing ways of a brutal industry. As Charley takes to the fading quarter horse that the film is named after, both Bonnie and Del take pains to remind the boy that the animal isn’t a pet. In fact, he’s an increasingly worthless commodity, as no one cares to gamble on quarter horses anymore, and Del dopes and overrides Pete, further hastening his decline. Perhaps because Pete is so unloved—and because Del keeps threatening to sell the horse to a slaughterhouse in Mexico—Charley sympathizes with the animal, with which he shares a runner’s nature and an innate fragility.

Haigh draws out a kind of dual education of Charley in this milieu. There’s something parental about his relationships with Del and Bonnie, but he’s also learning to be watchful and suspicious as he literally shoves manure for his handlers. Del harangues Charley for his table manners and Bonnie attempts to indulge his sensitivity while cautioning him against blind trust and affection (Sevigny’s performance is beautifully calibrated to convey both messages at once), though Charley seems to have already learned this lesson. He receives advice with the wariness of a kid who’s been disappointed too many times. And then one night he absconds with his favored horse and Del’s truck, hoping to connect with his aunt and favorite relative, Margie (Rachael Perrell Fosket), who he last saw years ago in Wyoming.

What ensues is partly a solemn American picaresque, but it’s also a rather Bressonian tale of an idealist made harder by the world as he’s gradually shorn of hope and possessions. As Charley’s journey becomes more episodic, Haigh’s dialogue loses much of its nuance and the filmmaker’s vision of America becomes cloudier. Plummer’s lanky frame is perfectly suited to Charley’s hesitance, but the teen’s unsentimental education isn’t enough to sell the character’s subsequent efforts at petty theft, his attempt at a dine-and-dash, or his later entry into a very different economic underclass, where he encounters Silver, a volatile addict played by Steve Zahn.

Haigh equates Charley’s love for running with a habit of fleeing shady or fraught situations, but it’s difficult to reconcile this habit with the boy’s polite manner, which comes off as genuine and innate. Some of Lean on Pete’s best scenes feature Charley alone with Pete, slowly beginning to unpack his troubled past as he treks on an eastern path toward his aunt. And cinematographer Magnus Nordenhof Jønck tends to keep a distance from or stay just behind the teen, dwelling on pale sagebrush and tall, vast skies.

As sharply as the film delineates an America of spotty, informal economies, it avoids articulating most of the people who live and work in these spaces. One day, Charley grabs a meal and some shelter at a rural home with a pair of young veterans, their older neighbor, and the latter’s granddaughter. There’s a lot to this sequence—some political talk, Charley’s anxiety over the other men wanting to ride Pete, a mutually sympathetic interaction between Charley and a girl his age—but it’s also fundamentally allusory and vague, gesturing toward ideologies and ways of existing that Haigh isn’t eager to steer into. Almost everyone Charley relates to throughout Lean on Pete is marked by trauma, but Haigh’s broad avoidance of the consequences of said trauma grows frustrating. The film ends immediately as Charley is finally free to begin to unburden and heal himself, and it’s hard to shake the feeling that the next steps of his life would prove more moving and illuminating than the sweeping but rather emotionally static journey Haigh shows us.