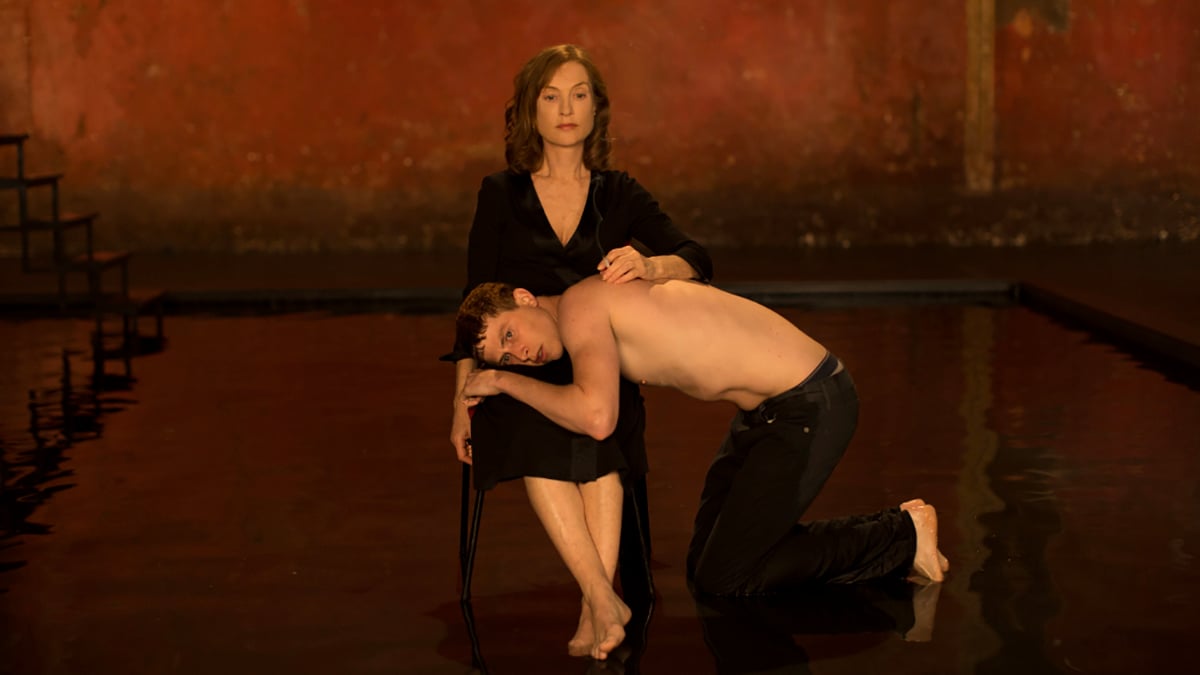 For anyone who’s read Édouard Louis’s 2014 novel The End of Eddy, a gut-wrenching account of growing up poor and gay in rural France, Reinventing Marvin will feel like a botched job. That’s mostly because the book is so delicately diaristic, having been written by Louis when he was just 19, and before he shot into literary superstardom. Writer-director Anne Fontaine bypasses any attempt at faithfulness to her source material, cutting it into a million pieces and re-assembling the work like a postmodern collage.

As much as Fontaine’s cinematic histrionics are beautiful to watch, like a Frankesteinian feast for the eyes, it’s as if the soul of Louis’s work has been diluted by the filmmaker’s need to reinvent not Marvin, but the literary lineage that makes the project so striking in the first place. Because of the film’s playing with temporality and style, the simplicity and linearity of Louis’s prose is lost. We’re certainly not allowed to spend enough time with the film’s Marvin, played by the eerily melancholic Jules Porier, and ache with him—the kind of identification that The End of Eddy made possible.

The film is a frenzied back and forth between Marvin’s miserable (and realistically shot) childhood and his glamorous adulthood (shot like an arty porn). Though there’s great visual pleasure in Fontaine’s mishandling of the material, it all feels disrespectful to the quietness of Louis’s story, whose very value was in its unadorned style. Louis builds his story without haste. The book isn’t about his growing out of sissy boyhood into a less agonizing adult, but, precisely, his seeming inability to grow out of his besieged and derelict sissiness. Louis’s sentences are clean, unambitious, even childish. By contrast, Fontaine is much more interested in aestheticizing the never-ending pain of childhood into a velvety spectacle where the queer child’s now-adult body is often only clothed by the theatrical lighting akin to that of James Bidgood’s Pink Narcissus and Olivier Ducastel and Jacques Martineau’s Paris 05:59: Théo & Hugo. How could Marvin’s abject body turn into such delectable flesh?

The disturbing aspects of Louis’s work—the fact that such economic destitution and alcohol-fueled ignorance among blue-eyed blond folk could have taken place just a few hours away from Paris in the 2000s—are diluted by the sexy gay-film tropes of the adulthood sequences: bourgeois apartments, convertibles, and smooth buttocks showering together in luxurious bathrooms. None of Louis’s adult life is actually part of the book, which centers on his childhood alone. Paris-based novelist and filmmaker Abdellah Taïa’s on-screen adaptation of his autobiographical novel about his own queer boyhood in rural Morocco, Salvation Army, could have suffered from a similar imbalance. Yet Taïa’s film adaptation never feels disorderly or disrespectful to the source material, as the queer child’s pain and the queer adult’s grappling with it is always drenched in the same melancholy.

It’s perhaps worth speculating that the stylistic distance, and dissonance, between The End of Eddy and Reinventing Marvin may be at least partially rooted in Louis’s presumed unhappiness with the project or unwillingness to collaborate with Fontaine. The author has prohibited the use of his name in the credits and promotional materials and didn’t allow Fontaine to utilize the book’s actual title or the characters’ names in the film, so Eddy Bellegueule (something like Eddy Beautiful-Face) became Marvin Bijoux (Marvin Jewels). Instead of devotion, one senses the filmmaker’s need to compensate the author’s absence in the project by showering her work with the cinematic pyrotechnics only she could take credit for.