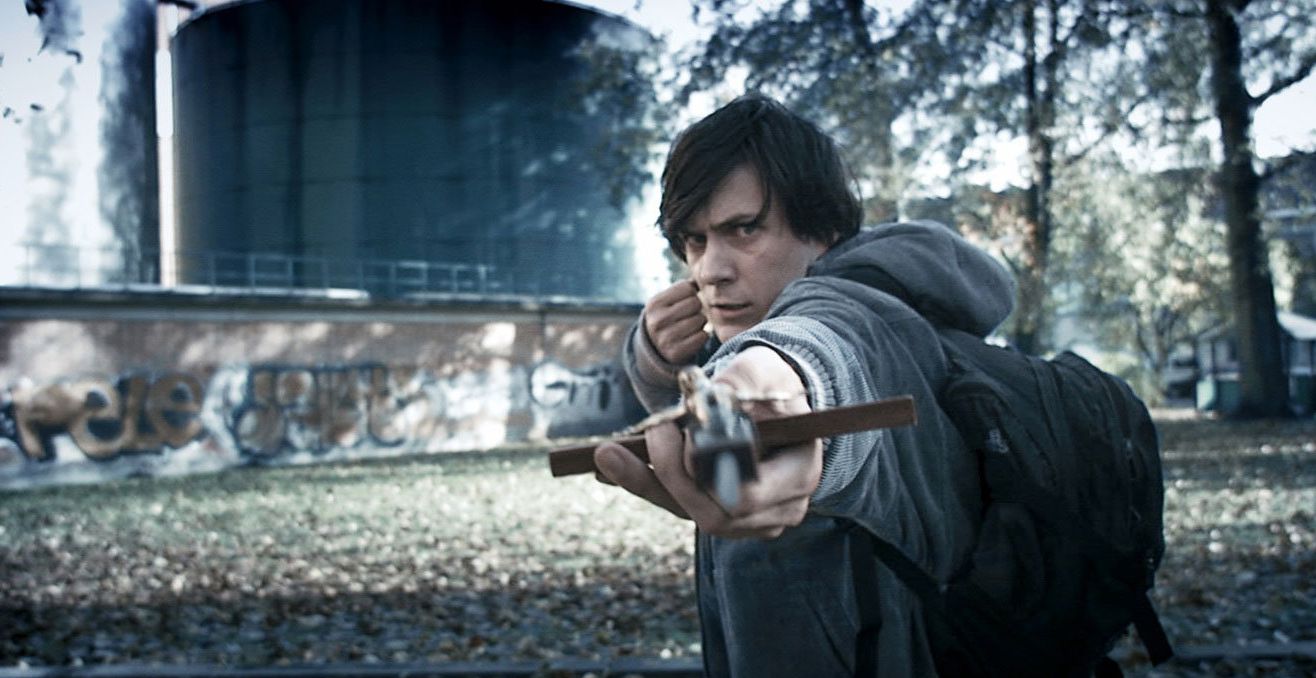 In a recent Reverse Shot article, Michael Joshua Rowin wrote that “Afterschool plays like a film student’s demo reel of the various ways to signify ‘alienation’—shallow depth of field, over-lit sterile interiors, ambient sounds of fluorescent light hums, expressionless actors, methodical tracking shots frequently overrunning or catching up to their human subjects.” But Antonio Campos’s film feels like a masterpiece next to Ben X, Nic Balthazar’s belligerently aestheticized adaptation of his own novel about a boy who retreats further into the Medieval fantasy of a computer role-playing game the more he’s mistreated at school.

Ben (Greg Timmermans) is the target of bullies because he has autism, or because he’s plagued by the same rapid-aging disease Gabrielle Carteris’s character had on Beverly Hills 90210, and his journey, from madness to retribution, feels as if it’s been ripped from the “Make Love, Not Warcraft” episode of South Park. Even when he’s away from home, Ben lives as if he were still playing his video game, imagining the destruction of bullies at the hand of his online avatar and recovering from humiliation through contact with a “healer”—a virtual girlfriend known as Scarlite (Laura Verlinden).

For much of its running time, the film simulates the battle mode of role-playing games like Warcraft and Final Fantasy, with Ben’s options (like his available weapons) and health monitors often blaring on screen, before flipping on a coin and ending as a schmaltzy PSA. Balthazar’s aesthetic is ugly, aloof, maddeningly literal, and unimaginative, but at least the visual excess of the film is on par with the histrionic bullying Ben is subjected to and the hilarious revenge he gets at the end—a corny guilt trip unsurprisingly scored to Sigur Rós.