One doesn’t have to be a visual arts fan to appreciate the easy charm of Marcin Latałło’s Behind the Poster, a documentary about the evolution of the poster art in Poland as it reached its apogee when the country was still behind the iron curtain. Latałło traces the formation of Polish design to the first poster exhibition in 1898 in Kraków. But it wasn’t until the late 1940s that one could speak of the Polish Poster School, which ran, not accidentally, parallel to the thriving Polish Film School. The art that sprung up as a creative response to the severe limitations of socialist realism would eventually spread to other parts of Europe, most notably to France, where a new crop of illustrators who received education in the East blended their passion for design with political activism.

Latałło keeps the feel of the documentary mostly conversational, interviewing directly or providing archival footage of the interviews with a handful of renowned designers, such as Henryk Tomaszewski, Wojciech Fangor, who designed the poster for Andrzej Wajda’s iconic Ashes and Diamonds, and Jan Lenica, who in turn designed the original poster for Wajda’s earlier masterpiece, Kanal. Museum directors and filmmakers, including Wajda, Krzysztof Zanussi, and Agnieszka Holland, chime in on what made the Polish poster art so vital.

This may be the most interesting part of Latałło’s documentary, for one of the mysteries that drive it is how an art so expressive, which eventually gave rise to an increased appreciation for illustration and to the world’s oldest poster museum, as well as a prestigious poster biennial in Willanów, could thrive in an atmosphere that is generally assumed to be politically and artistically oppressive. The answer to that question is provided by the designers themselves, as they describe their skirmishes, but also, at times, collegial relations with the authorities, which were keen to use the poster’s vibrancy and immediacy as a way of reaching the masses. Latałło captures how, in bleak, censorship-ridden communist Poland, the vibrant posters were able not only to draw great attention, for lack of competition, but also how their unique language, a shorthand mixture of image and word, could deliver political messages past the censors. Up to a point, until the tightening of censorship in the ’60s led to the immigration of designers such as Lenica, or Roman Cieślewicz, who became an art director of the French Vogue, as it eventually did to Wajda’s and Holland’s.

Behind the Poster is a celebratory portrait, which can, at times, devolve into hero worship, particularly with the French illustrators discussing their mentor Tomaszewski’s personal quirks and work habits. It’s here that the limitation of first-person accounts is most felt, where more archival material might have provided a broader context for the work and for Tomaszewski’s greatness. There’s also quite a bit of nostalgia for the golden days, perhaps not without reason, as poster art has lost some of its singular impact in the new age of media glut and, as some interviewees lament, also its independence from commercialism and, therefore, its edge. Nevertheless, the documentary is a pleasure to watch, mostly thanks to the images of the posters themselves, which Latałło uses amply. As the old adage goes: “A picture is worth a thousand words.”

Polish Filmmakers NYC will present Behind the Poster at Tribeca Film Center on 2/13, followed by an exhibition, “Posters by Jan Bajtlik,” at Cristina Dos Santos. 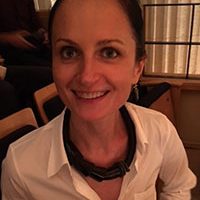