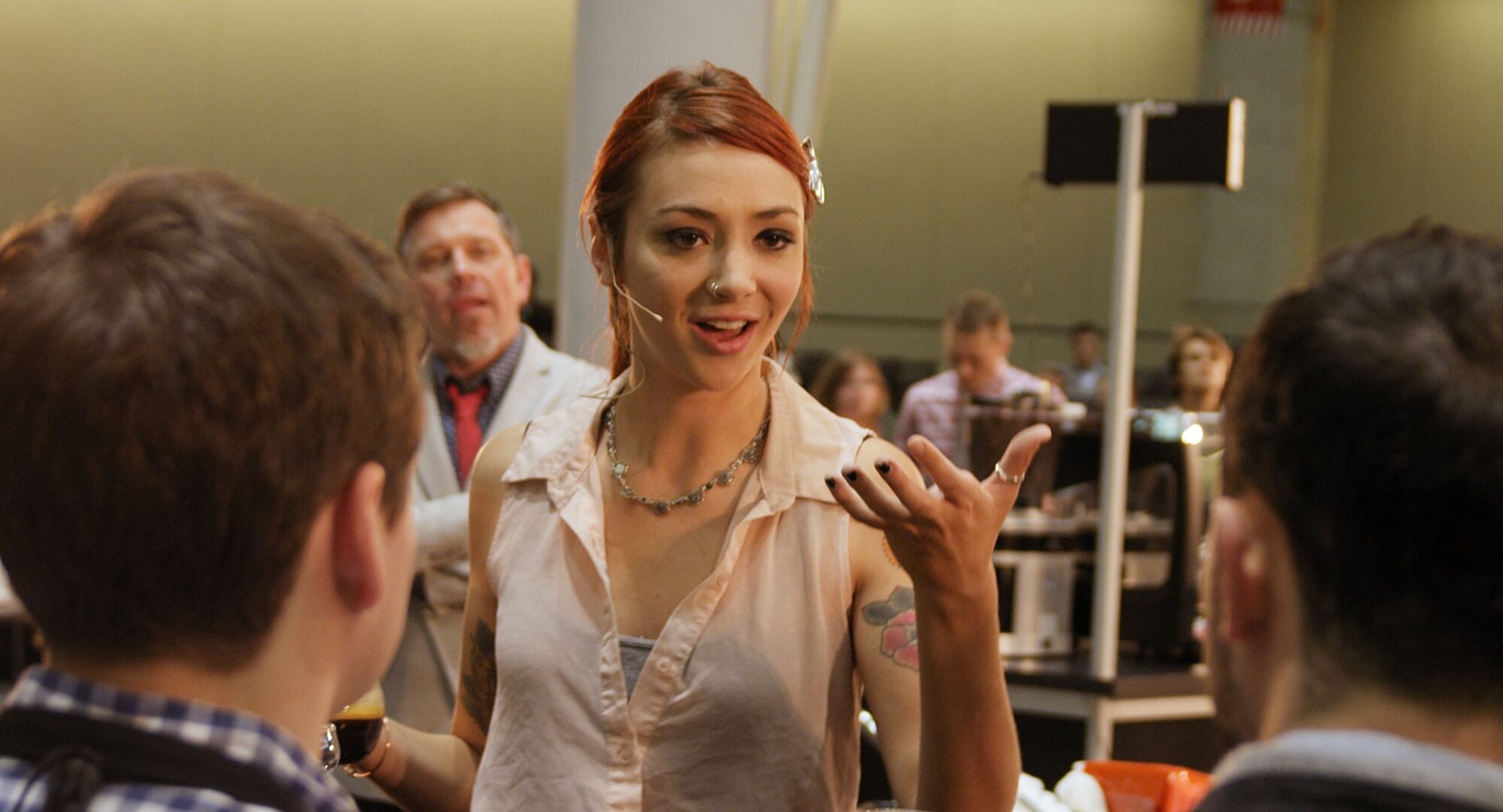 With Barista, director Rock Baijnauth offers an engagingly tactile, micro-textural portrait of several coffee professionals as they prepare for the 2013 National Barista Championship. The competition, as one of the contestants admits, sounds like the sort of hyper-fringe activity that might be parodied by a Christopher Guest mockumentary, but Baijnauth instead fashions an ambiguous portrait of potentially transcendent obsession. As with most foodie documentaries, Barista is about perfecting a craft as a symbol for pushing oneself to respect the art of living well in a context of sensory awareness that quietly refutes materialism—at least in theory.

Both Baijnauth and the competitors he follows are aware of a central irony: a real barista, rather than someone just punching a clock to make ends meet, is a sort of artist, but this competition represents capitalism’s intermingling with art, though, to be fair, coffee-making is obviously predicated on people buying the creation in question. Art and competition aren’t ideal bedfellows, and there’s the added pressure of the understanding that the National Barista Championship offers the winner a chance to potentially lure investors into helping them open their own shop, or land them endorsement deals. Charles Babinski, one of the hotshots of the competition who has finished second place a few years in a row, is such a success story, though he’s running the risk of positioning himself as a perpetual also-ran of the awards circuit, perhaps a Susan Lucci of coffee craftsmanship.

These opportunities are an especial lure because we’re told that a barista typically earns $15,000 a year, best case. As with most artists, people expect to benefit from a barista’s art without having to particularly pay for it; consumers of art can’t often be bothered to examine the particles of the things they enjoy—namely the work and potential exploitation that yields it. Another barista, Truman Severson, indirectly speaks to this frustration when he says that he initially couldn’t understand why someone can’t be compelled to want the best of something—a sentiment that will probably have artists and critics of all kinds nodding in recognition. Then, with a combination of empathy and resignation, Truman concedes that many minds aren’t wired that way, that some people want simple, unquestioned things.

These observations may sound elitist, but the film isn’t. If anything, Barista captures the frustration and longing of forever wanting more and better at the expense of casualness of being. This is the price of doing something well. The National Barista Championship, while surprisingly thrilling to witness in the portions that Baijnauth provides, isn’t really the point of Baijnauth’s documentary, which is concerned with the habits and eccentricities of various craftsmen’s methods of preparation and creation.

Truman attempts to distill coffee like a spirit, elucidating on the link between coffee brewing and chemistry. His beaker- and test tube-heavy contraptions are so boldly complicated as to cost him precious presentation points in the final contest. Another contestant, Eden-Marie Abramowicz, attempts an involved play-acting that comments on the airiness of coffee-house atmosphere. One of the major competitors, Charlie Habegger, has a commanding way of using his hands to physicalize the complex palette of tastes that he’s fused into his espressos, and we know from footage that even his most apparently spontaneous actions have been orchestrated.

There’s a metaphor lurking in that last sentiment, pertaining to self-perceived outliers who plan and plan with the intent of perhaps one day getting to join the “in” of society via unconventionally attained success. Barista understands most contemporary art-making as partially a gesture of unresolved over-compensation that chafes at capitalism while simultaneously seeking to play and win by its rules. Those so comfortably ensconced in “mainstream” society as to question or demand nothing more than status quo from their culture are understood by the film and its subjects to be at once cursed and blessed.