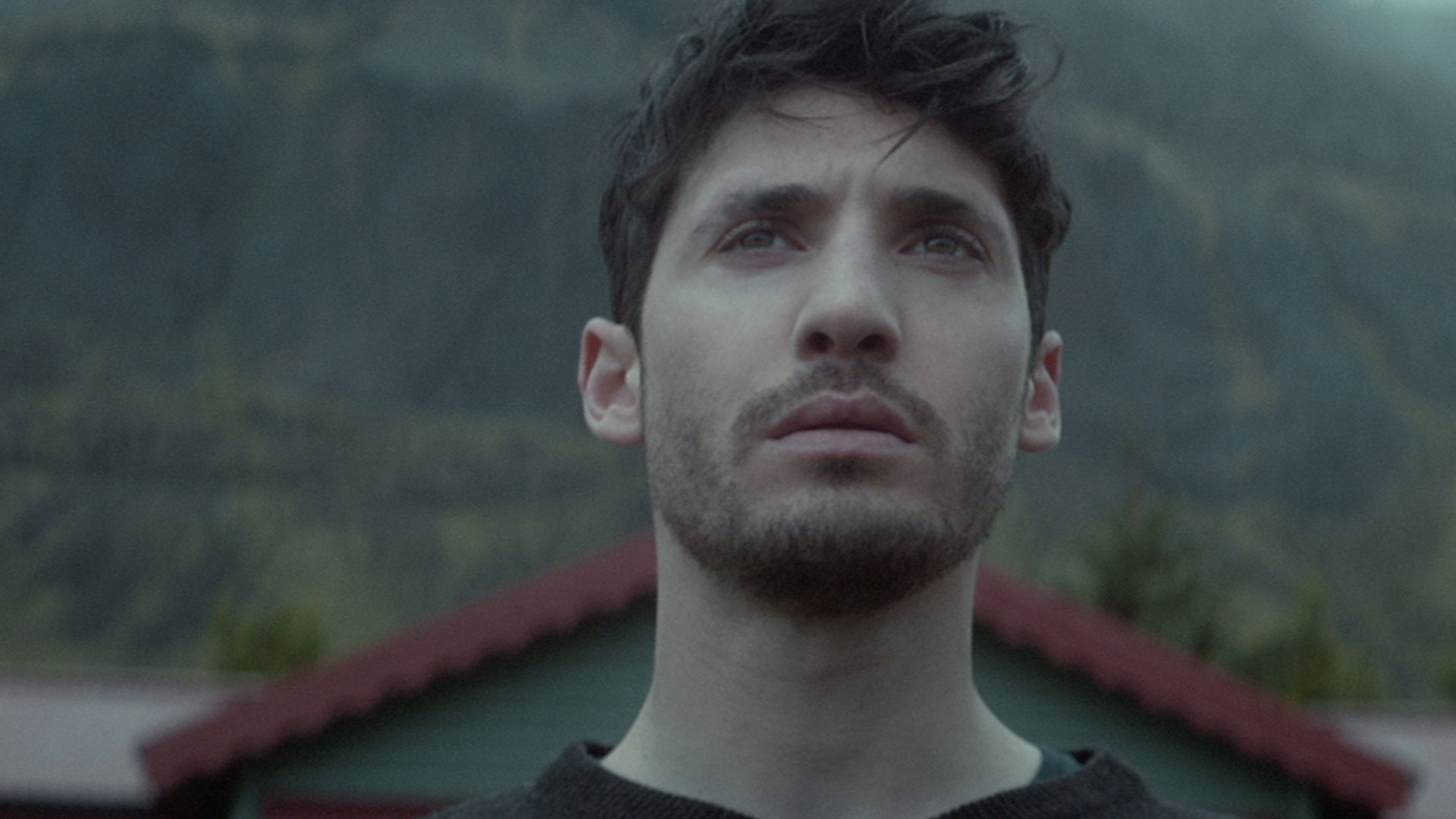 Anyone who’s spent some time on Vimeo in the last few years should be familiar with a certain surge in fawning Icelandic tourism videography, the tropes of which are immediately recognizable, from time-lapse footage of waterfalls to leisurely pans of glaciers, all accompanied by sub-Sigur Rós post-rock. If a mark of distinction can be conferred upon the Icelandic-American production Autumn Lights, it’s that writer-director Angad Aulakh more or less skirts these conventions. Save for the occasional pillow shot of a distantly viewed snowcapped mountain or a glassy lake surface, the filmmaker keeps most of his story’s action confined to interiors, and when his characters do venture into the great outdoors, they spend most of their time in dense pine groves that effectively block off Iceland’s picturesque vistas.

The choice of Iceland as a story setting isn’t arbitrary, however, as the round-the-clock soft gray daylight of the country’s summer months provides a visual corollary to the screenplay’s emphasis on the failed suppression of secrets. While strolling a foggy shoreline one afternoon, a vacationing American photographer, David (Guy Kent), stumbles upon one such truth hidden in plain sight: a female corpse. But while this discovery involves him in an investigation that mandates a longer stay at his secluded cabin, the casualty is little more than a red herring, an initial glaze of intrigue that frees up time for David to become enmeshed in a comparatively mundane love triangle with a flighty but seductive Italian woman, Marie (Marta Gastini), and her severe Nordic husband, Jóhann (Sveinn Ólafur Gunnarsson).

Jóhann and Marie are the social butterflies of the local community, and the film’s narrative is ushered along by a pair of soirées held at their posh modern property, where David’s attraction to the waiflike Marie, as well as his jealousy in the midst of her flirtatiousness, become apparent. These party scenes feel palpably inauthentic, as everyone’s overdressed, classical music is dialed down to the point of being swallowed by the unnerving dead air, and rote small talk is repeatedly employed as a carrier of functional backstory, but it’s the private one-on-ones that branch off from these ensemble scenes that really expose Aulakh’s clumsy approximation of naturalism.

Throughout the film, recurring discussions about the differences between urban and rural living and the riddle of female desire make all too evident Aulakh’s thematic concerns, and the script’s blunt edges aren’t exactly smoothed by the performers: Kent displays little charisma as the ostensibly desirable leading man, while Gastini’s hesitant monotone delivery only seems to rationalize her character’s sporadic tendency to dip into Italian.

With its faux-realist handheld camera and moody soundtrack of sustained glockenspiel and cello dolloped generously onto David’s gloomy wanderings, Autumn Lights has the forced gravity of a routine network mystery series, except there’s no real mystery to be solved here. Like a landlocked Bergman chamber drama divested of any ambivalence regarding human relationships, the film methodically works toward its moralistic thesis, fleshing out its disapproval of Marie’s sexual promiscuity with each aborted romantic tryst and subsequent spell of emotional frustration. That it gradually devolves into a succession of monologues whereby David mansplains the importance of emotional commitment feels like a natural endpoint. It’s a trajectory so dull, leaden, and unambiguously misogynist that by the end it’s easy to find oneself longing for some spectacular nature photography as distraction.