It was no less than Hollywood—the set, the actors, the inexhaustible flair of it all—that offered, as a female voice on The Royal Road’s soundtrack insists, “a gender-disphoric tomboy” from the Midwest, a “cherished relief from the awkward realities of daily life.” Composed of static shots of the beautiful San Francisco landscape and laced with steadfast commentary, so steady you’d believe the film was edited with the help of a metronome on andante, Jenni Olson’s film makes no secret of the filmmaker’s lifelong infatuation with Hollywood and the ways in which its romantic plotlines have paralleled her own Proustian proportions of desire for lesbian companionship. Watching The Children’s Hour on TV one night, Olson recalls Shirley MacLaine’s coming-out speech and how “it perfectly expressed my childhood experience of simultaneously knowing and not knowing that I was queer.” Hollywood, then, is a fitting starting point for a film that sets out to provide “a defense of nostalgia.” Olson, the off-screen narrator, frequently shifts back and forth between remembering her unconsummated desires and failed relationships (“I’m utterly infatuated, and the ring on her finger marks her as clearly unavailable,” she says at one point) and California’s sordid, colonial past. Hollywood, San Francisco, Spanish colonialism, Hitchcock’s Vertigo, and unrequited love are the specific themes through which Olson strives to not only contextualize her own life, but to offer a mode of remembering that can be both nostalgic and critical.

Fundamentally, the film is a paean to the Bay Area landscape. (Noticeably absent from the frame are any humans, except for the ones presumably riding in the ubiquitous cars that roll by.) As such, the title is appropriately concrete, referring to the 600-mile thoroughfare paved by Spanish colonialists that stretches from San Francisco to San Diego: the El Camino Real. As demonstrated in her first feature, The Joy of Life, in which the onerous topic of suicide is investigated through the mighty steel structure of the Golden Gate Bridge, Olson has a penchant for teasing out the possibilities of meaning from the man-made and natural bodies in the environment. (As much as her films are about the past and remembering it, her images are always rooted in the present). In The Royal Road, Olson lingers on one of the many erected statues of Junípero Serra, the Spanish missionary responsible for the Mission system, peppered along the El Camino Real. Framed in the center from a slight low-angle tilt, the cast-iron Serra stands in front of a cross, his hands raised in the air in proclamation, with the surrounding shrubs and blue sky in clear view in the background. Olson slowly unfurls a biting criticism of the missionary, associating him with the early Pilgrims and Christopher Columbus and eventually calling him a “villain” single-handedly responsible for the “1770s West-Coast decimation of the native people.” Olson ends her commentary, but allows the camera to linger on the scene for a few more seconds. The statue, which was introduced with so much luster, no longer looks so venerable. Olson’s dialectical approach suggests the formal practices of Jean-Marie Straub and Danièle Huillet, two filmmakers who’ve documented monuments, landscapes, and other layers of meaning as a way of confronting the past. To call her methods “minimalist” would be to miss the point, not when sound and image are used so richly to make sense of the self between the interstices of history and geography.

Yet if the political imperative of demythologizing false gods is clear enough, what’s less clear, and is the source of much of the conflict in the film, is how nostalgia—the sensuous part of remembering—can be accommodated into the equation. This contradiction is crystallized in a brief few seconds when Olson drops in a recording on the soundtrack from her student days, of Tony Kushner, piggybacking on Brecht, denouncing the “bourgeois decadence of nostalgia.” Recalling that moment, she confesses, with mixed feelings: “Being a painfully nostalgic person, I’ve felt guilty ever since.” How does one uphold the mandate of political activism and luxuriate in the kind of remembering that almost always becomes nostalgia? This is the film’s driving question, for which there are no easy answers. At the very least, Vertigo (a la Chris Marker) is one way of responding to the dilemma, and Olson offers her own tribute to the film by including shots of the city that recall Hitchcock’s own. But Vertigo’s greatest importance for Olson is the kind of articulation of longing that, at the very least, provides a sympathetic model for her own travails. Capturing a quite end of a suburban street, she placidly mentions that her lover’s “presence in this city makes every visit to the corner store exciting”—and we can just as easily imagine Jimmy Stewart saying those same lines.

Accompanying Olson’s closing-night feature are two new delightful shorts by Mark Rappaport, another filmmaker with a strong attraction for Hollywood lore. But if Olson’s film is like having a brutally honest discussion with a friend out on the porch over a beer, Rappaport’s works suggests a joyride lecture with a madcap scientist, unearthing a variety of cinematic coincidences, accidents, and running motifs.

In The Vanity Tables of Douglas Sirk, Rappaport breaks down the role of the popular Hollywood set piece. (A hint: It’s more than just primping furniture.) As in Rappaport’s other films, found footage and voiceover are his bread and butter, and he uses them here to contrapuntal effect, taking specific scenes from Sirk’s works and adjusting them to fit his analysis, acknowledging, along the way, the viewer’s involvement: “Let’s look at [that scene] again.” Rappaport reveals how Sirk’s use of the vanity table is incredibly variegated. In All That Heaven Allows, the vanity table is used to show Jane Wyman’s insularity; in Written on the Wind, it’s a silent witness to the confrontations between Lauren Bacall and Dorothy Malone; in Imitation of Life, it’s a platform for confession and self-realization. Whatever the vanity table actually is, Rappaport shows, in just 10 minutes, just how malleable objects can be, and when they’re in the hands of a skilled director, can become more than just foreground filler.

Having made a highly reflexive piece about Jean Seberg in 1995, Rappaport is no stranger to the blond-haired vixen. Becoming Anita Ekberg is a study of immortality, tracing the evolution of Anita Ekberg from a mere sex symbol featured primarily in Frank Tashlin comedies to Anita Ekberg, the sex goddess, as apotheosized in the fountain scene of Federico Fellini’s La Dolce Vita. Ever the materialist, Rappaport points us toward certain promotional moves that helped Ekberg become what she’s known as today. For instance, in Tashlin’s Hollywood or Bust, Ekberg guest stars as a fictional character named, well, Anita Eckberg. The catch is that Ekberg wasn’t as well known as the character she plays in the film. Still, you wouldn’t know that just looking at the title sequence, featuring Ekberg posing in a variety of skimpy outfits. The film is, Rappaport puts it, “a 90-minute commercial hawking Anita Akberg.” That Jerry Lewis’s fanatic hard-on for Ekberg would in fact become the reality for many men four years later in 1960 only underscores the eerie prescience of some Hollywood productions.

Ekberg would play “herself” again in Fellini’s segment of Boccaccio ’70, this time at the height of her fame, literally as a billboard image incarnated into a giant who flusters the wits out of an Italian doctor. One has to wonder who the real Ekberg is if she isn’t playing some caricature or impression of herself. In fact, it’s difficult to think of another actress other than Ekberg whose screen career essentially described her personal life. To borrow postmodern jargon, Ekberg’s film persona was every bit a simulacrum of her off-screen identity. Jayne Mansfield was thoroughly a sex symbol, but little else; so was Monroe, but her early death made her, more significantly, an American pop-culture icon whose own brand of immortality is found, rather, in an Andy Warhol screen print. Only Ekberg maintains that quicksilver-y ambience indicative of a purely cinematic conception. Rappaport’s points are incisive, as his treatment of Ekberg concerns her status as a kind of commodity or concept whose value eventually runs terrifically dry. Still, an unabashed cinephile, he insists that Ekberg has nevertheless become—and as cinema tends to do—an immortal fixture in our cultural firmament. “Even as we’re watching them, we’re forgetting them, and they’re becoming part of our past,” Rappaport says nostalgically, as he captures, in slow motion, Ekberg dancing with Mastroianni through the night.

Review: Mark Rappaport’s From the Journals of Jean Seberg on Kino Lorber DVD 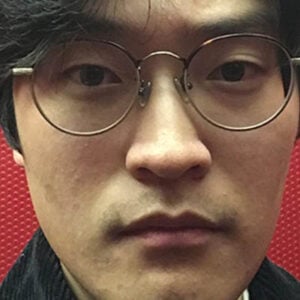 Sean Nam is a former boxing beat reporter for USA Today. His writing has appeared in Boxing Scene, Cineaste, The Dublin Review of Books, and The Brooklyn Rail.