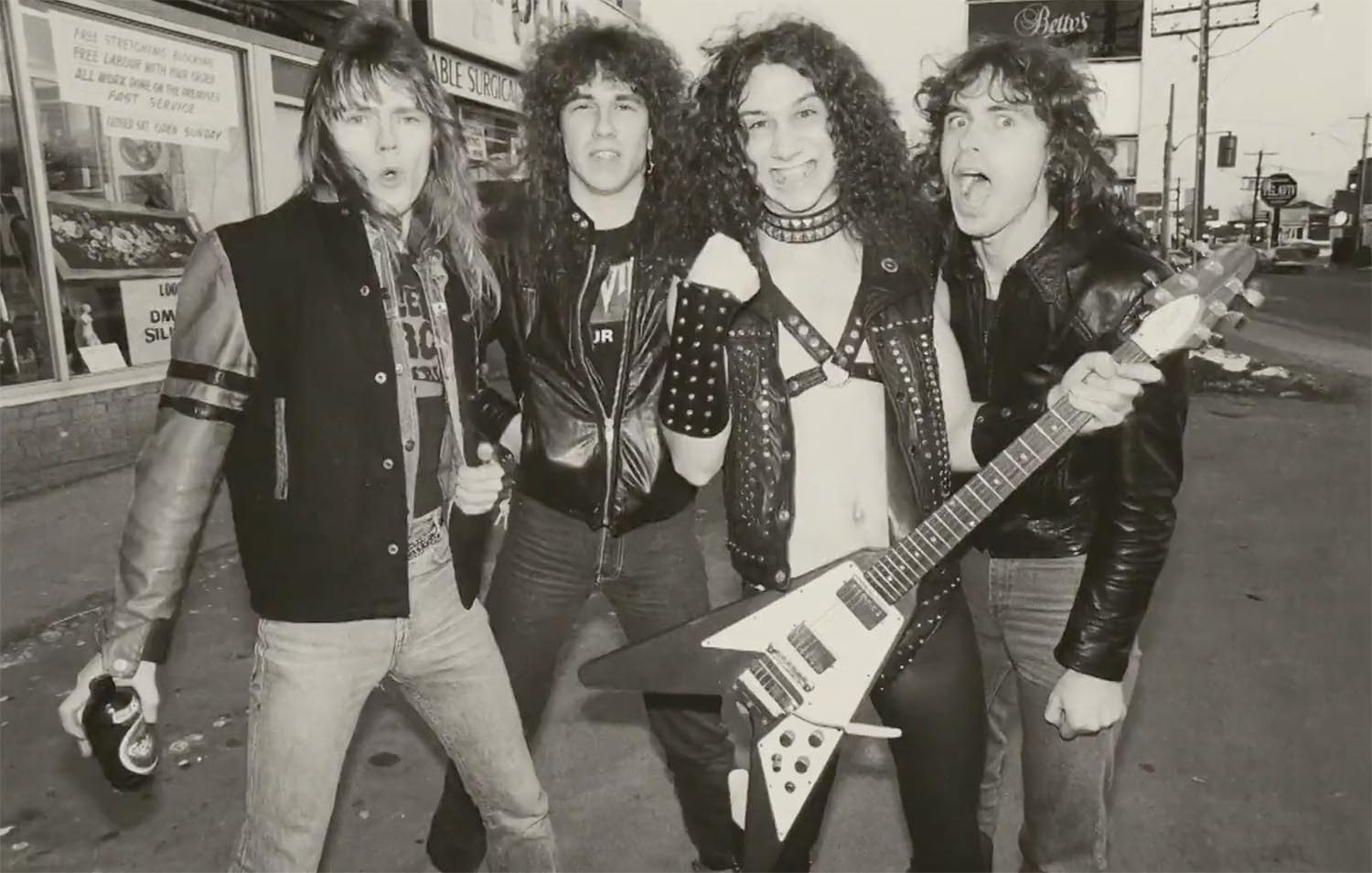 Rock titans Slash, Lemmy Kilmister and Lars Ulrich extol the virtues of Canadian metal outfit Anvil at the outset of the aptly titled Anvil! The Story of Anvil, yet Sacha Gervasi’s documentary about the little-known group isn’t propelled by musical brilliance but, rather, by bittersweet blood, sweat and tears. Once a 15-year-old roadie for the band’s 1985 tour, Gervasi reconnects with the group—led by Steve “Lips” Kudlow and Robb Reiner, who founded the band in high school 35 years ago—in order to both find out what impeded their path to success as well as to help grant them the recognition he believes they deserve. The director’s fondness for the group, however, doesn’t unsettle his warts-and-all portrait, which begins by recalling their halcyon 1984 days performing with bondage harnesses and dildos in Japan alongside Bon Jovi and Whitesnake, and then charts their current, arduous efforts to keep teenage rock n’ roll dreams alive while supporting families through nine-to-five drudgery. A European tour fraught with shady venue owners, missed trains and in-fighting, and subsequent efforts to record their 13th studio album, is—when accompanied by references to Satan and a visit to Stonehenge—a misadventure that a less compassionate filmmaker might have wrung for cheap Spinal Tap-ish humor. Gervasi, though, eschews at-their-expense jokes to concentrate on the simultaneously pitiable, poignant and stirring perseverance of Lips and Reiner, lifelong friends who keep trudging forward, despite economic hurdles, the ravages of time, and repeated blows to their self-esteem and brotherly relationship, in the hope that their star might yet ascend. Lips proves particularly fascinating, his never-say-die resolve destabilized by the painful weight of responsibility he feels toward those who count on him to make the band go, and his deep discontent epitomized by the candid admission that sometimes, when on stage, he closes his eyes and tries to imagine a crowd as big and wild as those which greet his idols. Anvil! revolves around a band that, in all probability, will forever fail to attain Metallica or Megadeth-levels of popularity. But if fame and fortune elude them, their abiding, unadulterated love of shredding guitars, thunderous drums and growling vocals nonetheless exemplifies something just as vital: the fast, brutal, never-say-die essence of metal.