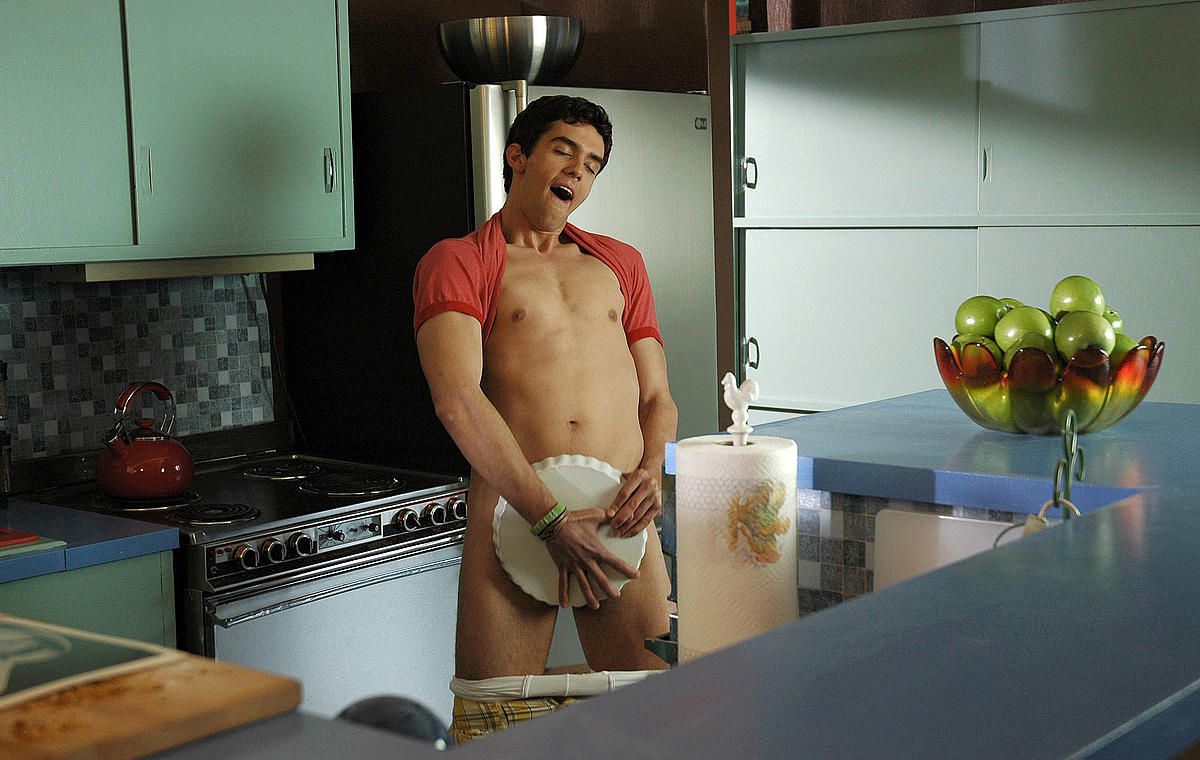 Writer-director Todd Stephens’s Another Gay Movie strikes a very distinct pose as a queer counterpoint to American Pie but doesn’t trust its gut, overextending itself by performing in Scary Movie drag. Had Stephens stayed on point, understanding that his queering of the straight jock-boy comedy was a necessary one-of-a-kind proposition, the film might have been called American Quiche. Stephens understands that young gay boys are just as horny and pressured as straight dudes to go cherry-popping, the crucial difference being that most gays like to pop and get popped. The film, in short, represents: In responding to American Pie almost point-by-point, Stephens is able to acknowledge the similarities and differences between gay and straight modes of sexual expression. Vagina panic replaces gay panic, and in a casually funny scene, Stephens finds a correlation between straight dudes fronting sexual bravado and the familiar and obnoxious spectacle of gay guys who bottom calling themselves tops in order to assert a hegemonic masculinity. Pressuring the quest of the film’s motley circle of gay buds—super-cute Andy (Michael Carbonaro), Superman-ish Jarod (Jonathan Chase), super-nerdy Griff (Mitch Morris), and super-queeny Nico (Jonah Blechman, who does a mean Paul Lynde impersonation)—to get laid by summer’s end is the sexual tension that messes with gay friendships and the vast and intimidating hurdles of the gay lifestyle: the fetishes, the drugs, the size-queenery, and the absurd lexicon of online chatting. This perspective is honest but the jokes are more crass than sweet, often crossing nonsensical lines, like Jarod removing an out-of-control penis enlarger from his cock with the help of Andy’s father (Kids in the Hall alum Scott Thompson), leaving a grotesquely burnt and elongated piece of skin in its wake. Other indignities include the story’s casual racism (explicit in its treatment of Asians and implicit in the only role a man of color is allowed to occupy), a lame Carrie rip that substitutes blood with cum and exposes Stephens’s weakness for satire, and the insipid casting of Lypsinka (as Andy’s mother) that puts a lid on her familiar Joan Crawford shtick. Even if you do take it up the ass, these and other sketch-comedy digressions will make for a tough sit.