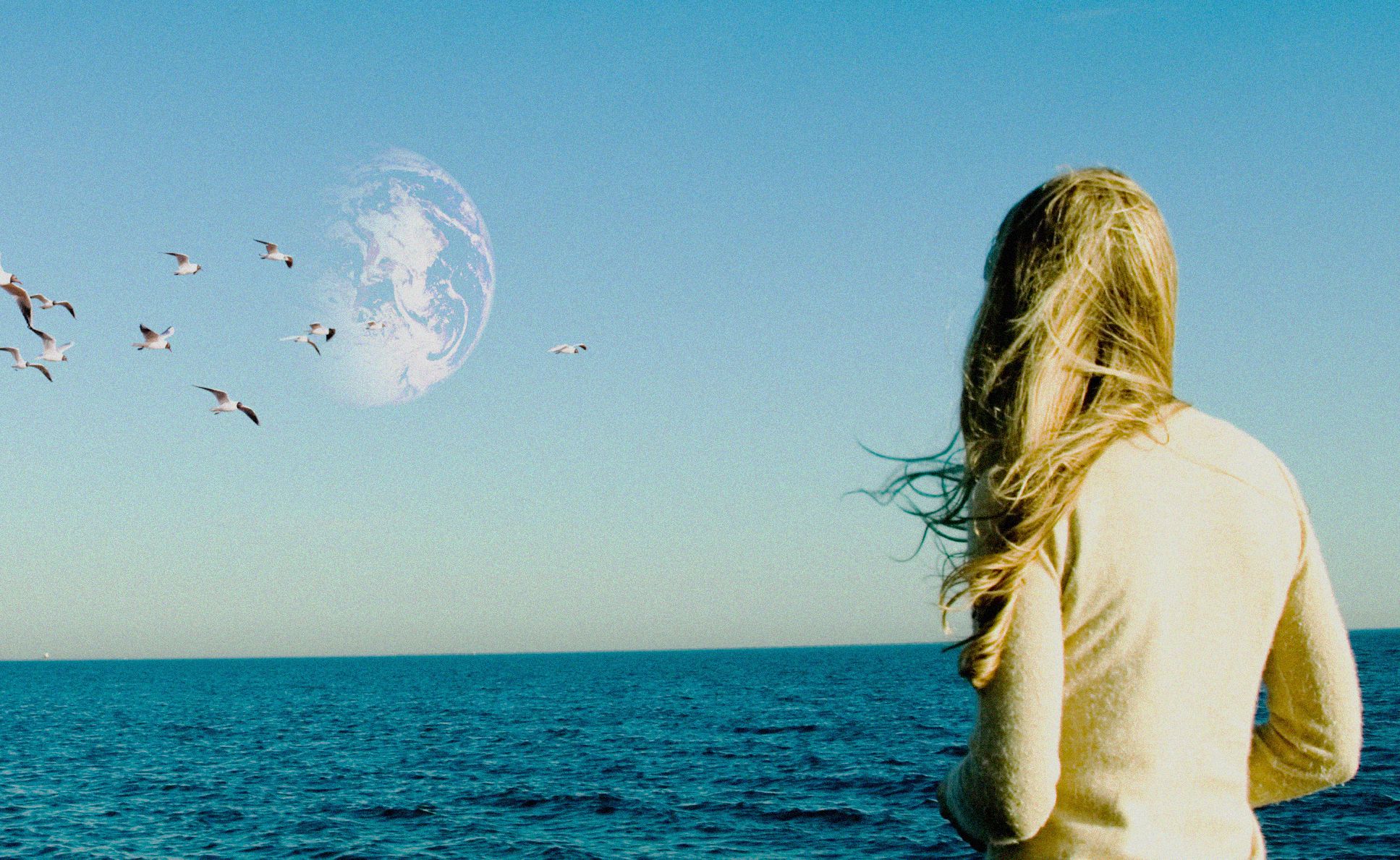 The hanging specter of a phantom planet puts a lot of pressure on Another Earth, a resolutely small parable of grief that often feels menaced by its big-idea concept. The suspense attributed to the sudden manifestation of a mirror copy of Earth, and the resulting questions about whether the film will justify the use of this hook, grants it a sense of extra-textual tension, something that, despite some uneasy moments, it mostly uses to its advantage.

It’s initially unclear what direction the movie will take, with this new world showing up just before Rhoda Williams (Brit Marling) ruins her life, and that of John Burroughs (William Mapother), in a drunk-driving accident partially caused by its appearance. The provenance of this mysterious globe remains the film’s primary question throughout, despite the fact that it’s not its main focus. Instead, director Mike Cahill uses it as the lure to keep us interested in the growing interplay between Rhoda and John, a tension-fraught dynamic that’s interesting enough in itself.

To its benefit, Another Earth ultimately plays out as a kind of fantasy fable, which makes the fact that this new planet doesn’t seem to effect the orbit of our own, or that it flatly occupies the sky like a poster tacked to the firmament, more digestible. Cahill makes up for the strange fact that it remains a static image (a reproduction of the famous Blue Marble photo taken by Apollo 17), never moving or rotating, by using the ghostly orb in some of the film’s more enchanting images. It’s also important that the real focus of the story lies in a much smaller space, in the doomed relationship that forms as Rhoda attempts to atone for her mistake.

Cahill eventually justifies the use of the overarching sci-fi structure, and for the most part Another Earth feels admirably small, content to thrash out a short story-sized plot in an era where indies often feel pressured to play beyond their means. The simplicity is refreshing, and though the at-times theatrical two-hander structure mines a similar vein of grief exploration as last year’s Rabbit Hole, it makes no attempt at mastery over the subject. This helps, and the film is the better for mostly bypassing the hysterics, as evidenced by the limits of the cast. Mapother and Marling do well in quiet scenes, portraying people in the grip of a growing attraction, but the eventual bursts of drama feel loud and shaky.

It’s also at times hard to reconcile the bouncy verve of Cahill’s camera, which lapses into verite-style blurs, jarring zooms, and other distancing devices, with the film’s somber tone. The insistently shallow focus, attributable to creating a sensation of a character hemmed in by the world, often renders things smudgy and bland-looking, trapped within a blue-gray palette of insipid hallways and autumn evenings. Many of these issues are resolved by the perfectly oblique ending, which cuts off at just the right point, leaving Another Earth as a small movie that validates its high-concept aspirations.

Week with a Wizard, Day 1: Harry Potter and the Sorcerer’s Stone

Review: The Woman with the 5 Elephants