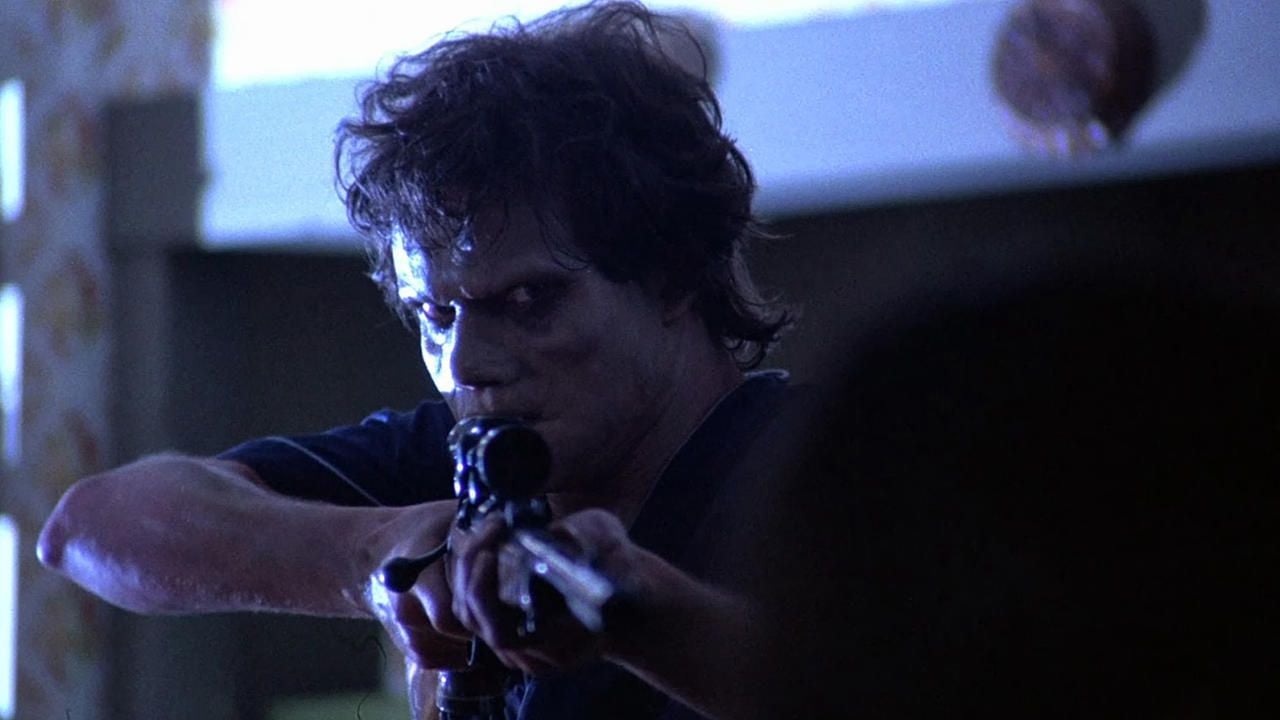 Baffling swine imagery carries over to Amityville II: The Possession in the form of childish drawings on a bedroom wall, though such nonsensicality feels more at home in Damiano Damiani’s supremely awful “based on real events” prequel about the home’s initial crimes. The Montellis (modeled after the DeFeo family that was slain by son Ronny Jr. in 1974) relocate to the Long Island dwelling at 112 Ocean Avenue and begin dealing with faucets that spew blood and rooms infested with insects. More problematic, however, is oldest son Sonny (Jack Magner), whose hatred for his abusive father Anthony (Burt Young, in a performance that nicely captures the insanity of short-tempered hobos) makes him susceptible to demonic possession by the house (which speaks to him through his walkman). This setup leads to the series’s crowning achievement: Sonny’s incestuous seduction of sister Patricia (Diane Franklin), in which he convinces his sibling to do the nasty by using his irresistible powers of suggestion:

Sonny: “Take off your nightgown.”

Sonny: “Just for a second”

Patricia: “Okay. Just for a second.”

Unfortunately, Amityville II never comes close to matching this instance of twisted brotherly affection, simply devolving—after Sonny guns down his relatives with a phallic rifle—into a depressing imitation of The Exorcist replete with a noble priest (James Olson’s Father Adamsky) saving Sonny’s tortured soul via self-sacrificial exorcism. In a sign that the series had completely come off the rails, the house, whose malevolent control seemingly extends all the way to Sonny’s prison cell, is relegated to the periphery during the film’s final 30 minutes, appearing mainly as a scary prop for Father Adamsky (dressed in black and lit by streetlamps à la Max von Sydow’s Father Merrin) to gaze at from across the street.