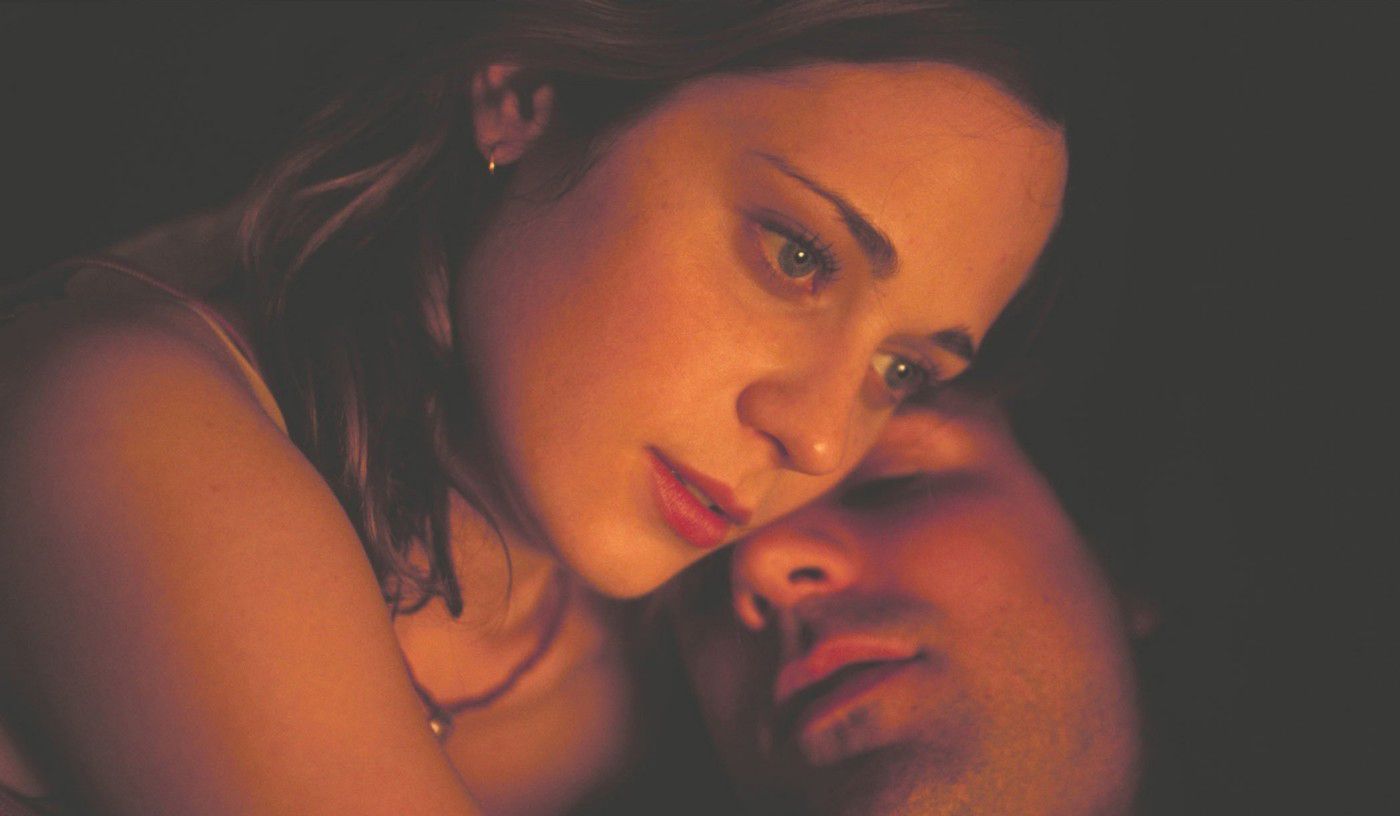 The elations and agonies of love between young people approach new heights of strident authenticity in David Gordon Green’s All the Real Girls, a meticulously lyrical follow-up to 2000’s acclaimed George Washington, that broadens the director’s rural visual beauty but also benefits from a sharper placement of his narrative shrapnel and his characters’ acute internal dilemmas. The film is a tenderly detailed portrait of the relationship between Paul (an astonishing Paul Schneider), a shiftless North Carolina kid drifting into his mid-twenties with little to show for himself, and Noel (Zooey Deschanel), the younger sister of one of Paul’s drinking buddies who has just returned home from a lengthy stint at boarding school.

How they meet is not important in this story; we’re plunged directly into their fusion of amazement and terror as they negotiate a release of their desire for one another, meekly approaching a first kiss the way one might slowly sidle up to the gentle, unpredictable beauty of a wild animal. Green, shooting in a methodical, unhurried style that brings a curdled maturity to the lives of characters who seem to act almost entirely on impulse, immediately insists that we approach his romance with an idealism that most abandon over the course of their lives. The rawness of the sentiments, the unaffected longing they contain (“I like the way you look at me”) are an affront to the penitent knowing of disappointment most films approach such emotions with.

A film in which irony is replaced by earnestness, cynicism by heartfelt resilience, All the Real Girls is the kind of drama that sways so far from the overstated pretentiousness of most high-concept indie conceits that it teeters just on the verge of sentimental triviality—a pretentiousness all its own. Thankfully it remains rooted atop that precipice, shying away almost entirely from overworked plot devices and useless incidental characterizations to forge not just a story or a mood, but an entire universe in which all roads lead back to the heart at the center of Paul and Noel’s fate. The film’s one major lapse in integrity is a clichéd choice by one of the characters halfway through that shatters the pretenses of safety Paul and Noel enjoy, but even then the film resists notions of tragedy or melancholy, especially as it lurches toward an untidy denouement.

As the characters cope with the disappointment of honesty, the film acknowledges that they’re bound together by more than mere token gestures of friendship. In this sense, All the Real Girls demonstrates a reality that most films are either unable or afraid to touch—the way that love binds people together for the rest of their lives, whether they stay together or not. It is not the kind of love that features one lover’s solitary pining after the other has died or left, but the kind of love that recognizes that Paul and Noel are now, and will always be, part of each other’s lives, giving the unknown future a comforting glimmer of hope. If that doesn’t sit right, that’s because Green is aiming for more faith in a movie than we’re normally accustomed to giving. Maybe he’s asking a lot for a young filmmaker whose work has yet to ripen completely, but in times like these the sincerity of his gesture is more than enough.