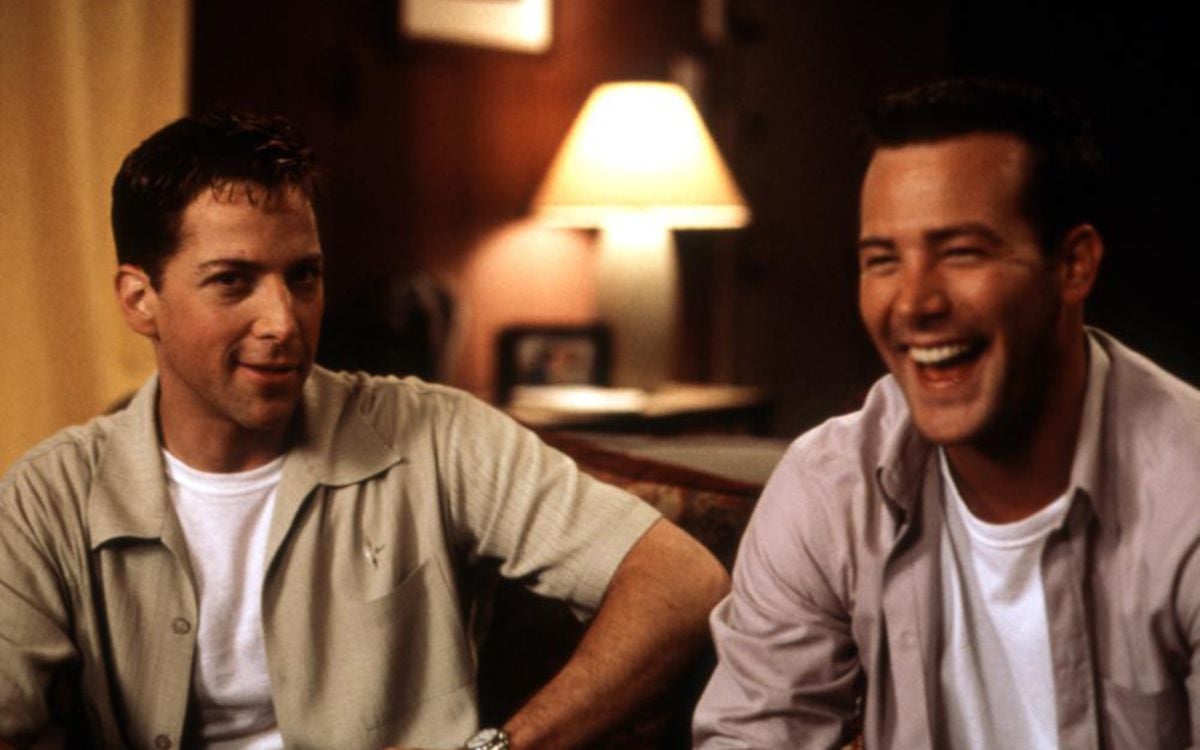 More interesting than anything you’ll find in Dan Bucatinsky’s All Over the Guy is that its original incarnation was a stage play about a straight couple dealing with the woes of falling in love. Bucatinsky’s decision to queer the characters is neither fascinating nor empowering, just his way of milking his clout from Opposite of Sex to his advantage. Even director Julie Davis, in the film’s press notes, sounds presumptuous about the whole enterprise: “These just happen to be two characters who connect as people. Sexuality never figures into it. And that’s never been done before.” Okay, so Davis and Bucatinsky would have made Vitto Russo proud in that homophobia and stereotyping never figure into this equation. Eli (Bucatinsky) is no circuit queen, just a quintessential dork with The X-Files action figures on the brain, and he’s so obsessed with the way homosexuals are portrayed on the big screen that he ends up becoming Bucatinsky and Davis’s political mouthpiece. He and his lover Tom (Richard Ruccolo) leave a theater and Eli says the film they just watched panders to the oversexed gay community. Curiously, this reflexivity between the filmmakers’ agenda and the agenda on the screen is both insignificant and distancing in that the film seems to pander to an already enlightened audience. All Over the Guy is frequently funny (Andrea Martin and Tony Abatemarco steal the show as Eli’s parents) though cameos by queer icons Lisa Kudrow and Christina Ricci are disappointing. Don’t confuse successful passing for actual success: All Over the Guy settles for behaving like your average hetero romantic comedy instead of striving to be less boring and sitcomish than them.

Review: Final Fantasy: The Spirits Within

Review: Hedwig and the Angry Inch