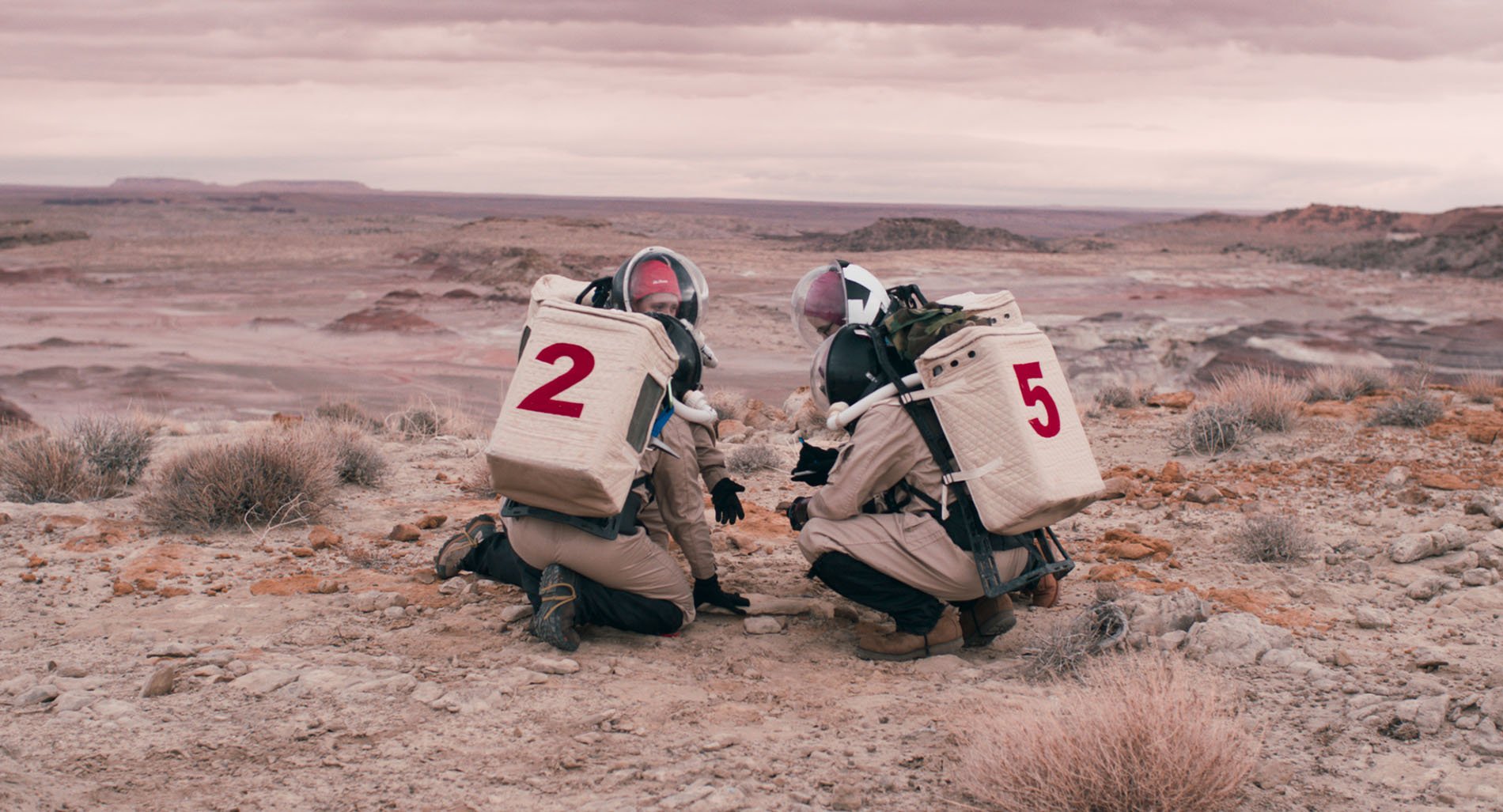 “Sometimes, there is no plan B,” says Dave, a homeless man who lives in an unnamed territory of the southwestern United States and toils around the desert plains with little in tow. That roughly describes the five central subjects of Above and Below, all of whom make a life for themselves off the grid, whether in unnamed desert lands or one of Las Vegas’s storm-drainage tunnels. Writer-director Nicolas Steiner foregrounds none of this information with standard documentary boilerplate—no introduction of figures, places, or even a general, stated theme, so that the film accumulates details only to the extent that each participant divulges information about their own lives.

Steiner never forces context, almost to the extent that the proceedings risk becoming incoherent, at least in a conventional sense. The film’s sensitive attunement to the pervasiveness of a networked human existence that’s predicated on an exchange of capital and social standing never receives an actual mouthpiece; there’s no speech that encapsulates such a perspective. Steiner implies this perspective, however, by charting the emotional toll that being absent from said network takes on outsiders.

Above and Below jumps from one location to another, without a clear spatial orientation of any sort. Thus, a scene of Dave bemoaning the lack of solar power cuts straight to Cindy, who’s in the process of dragging a couch across the Las Vegas drainage tunnels, where she and her husband, Rick, amass discarded furniture to construct their home. Above ground, there’s April, a student of the Mars Desert Research Station in Utah, who undergoes a series of simulations in preparation for one day being among the first colonizers of the red planet. The final subject is Lalo, another tunnel dweller who opens the film with a song, as he points his flashlight into the darkened distance and reiterates how there’s “nothing, nothing, nothing there.”

Furthermore, each return to a character lends new insights to their condition, as it becomes clear that Dave, a former military vet, permanently resides in an abandoned military base, but still catches glimpses of the outside world through Facebook, where he looks at current family pictures, wishing aloud that he could see his loved ones, but making no real proclamation of an intent to do so. As subjects speak of former drug use and potential PTSD symptoms, the film risks exploiting them as emblems of human refuse. But Steiner’s intent is precisely the opposite of that, as he wants to omit judgment or castigation by decontextualizing each subject’s past so that they’re plainly and uncomplicatedly human. Accordingly, Above and Below lingers on silences and reveals its subjects only through moments of quotidian behavior. As such, a solitude amasses that forms a network of its own and maps these forgotten souls that Steiner, as cartographer, brings into vibrant being.

Art of the Real 2016: The Mesh and the Circle, Roundabout in My Head, The Moon and the Sledgehammer, & The Woods Where Dreams Are Made Of

Art of the Real 2016: Dead Slow Ahead and The Academy of Muses