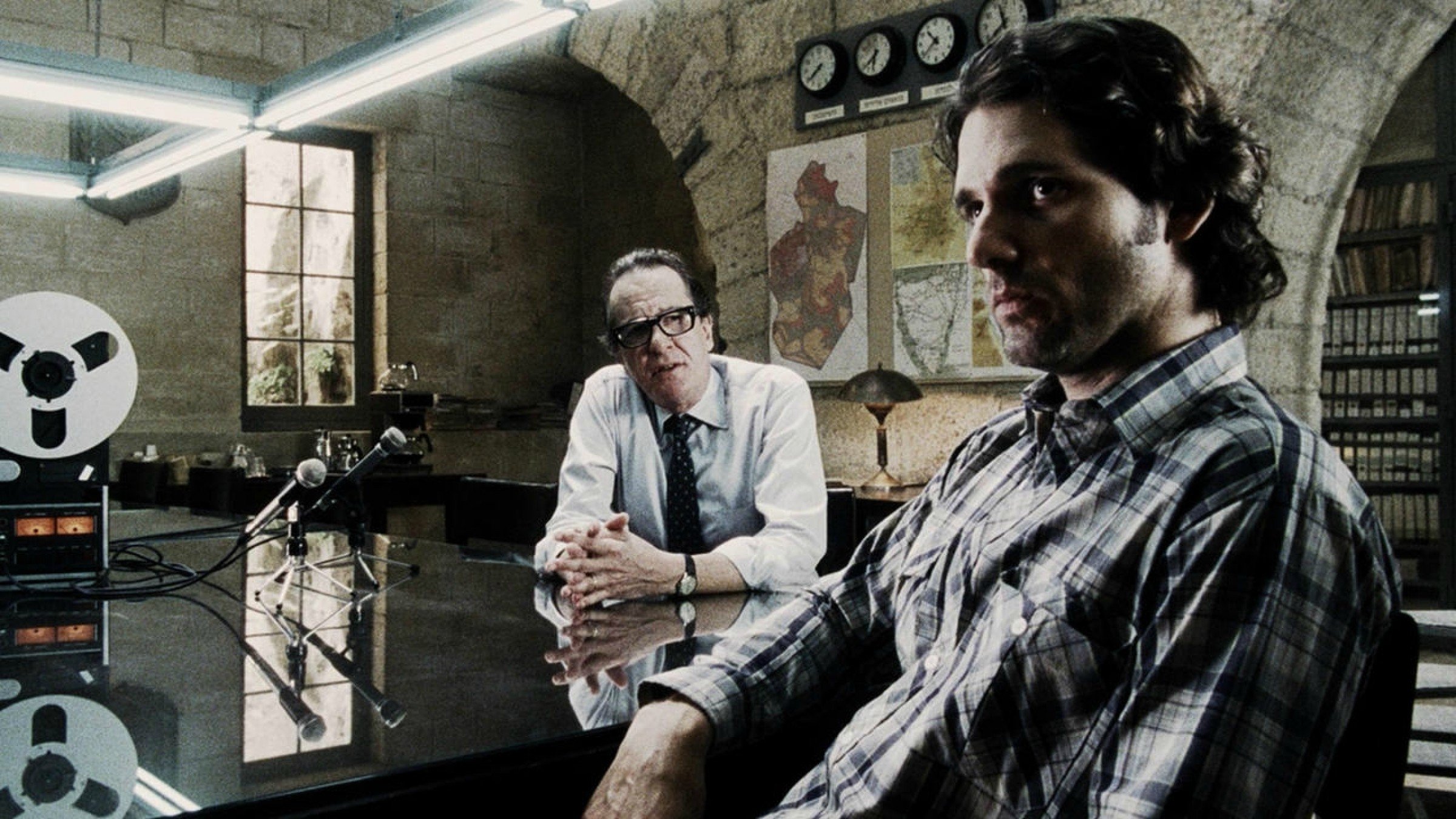 Cinemarati is talking about Munich again. Much of the discussion seems to be zeroing in on the third-act tryst between Mr. and Mrs. Avner, a sequence that cuts between the most explicit sex Steven Spielberg has ever directed and the morally conflicted counterrorist Avner’s imaginings of death in Munich, pictures that have plagued him ever since he watched the hostage crisis play out on TV. Other significant conversational threads have to do with Spielberg’s invocation of the Twin Towers in the final shot, and the flagging, even spasmodic rhythm during the 2 hour, 40 minute film’s final leg.

The reactions of the Cinemarati gang are too varied and complicated to summarize here, so I think you’re better off perusing them yourselves. My own take on the issue is that it’s impossible to really engage with and appreciate Munich without at least considering the possibility that all three of those flashpoints—the sex scene, the Twin Towers shot and the entropic third act—are connected. I explain why in my own Cinemarati post, excerpts of which are below.

Munich isn’t simply about vengeance, the whole eye-for-an-eye thing, though that’s certainly topic “A.” It’s also about our own personal response to witnessing violence, either in person or secondhand via the media. The horror of Munich is imprinted on Avner’s imagination, and his joining the Mossad counterrorist mission is partly motivated by his desire to master that image, to defeat or counter it, to neutralize it or dismantle it. He can’t do it. The image persists no matter how many people he is responsible for helping to kill. Munich is a stain on his memory, a stain on his conscious mind, a stain period, and it won’t scrub out no matter how many terrorists and terrorist sympathizers he rubs out.

I think this is what Spielberg is getting at in that sex scene. I understand why some would interpret it as jejune—how many times have pretentious know-nothing film school kids intercut a sex scene with a killing for no other reason than to shock and impress?—but Spielberg rethinks and reinvigorates this familiar strategy by connecting it to the notion of violence as emotional stain. By wreathing Avner’s home life in his usual nimbus of holy light—a valid strategy for this movie—Spielberg establishes Avner’s warmth, as expressed through love for his family, as the thing being violated, jeopardized, stained by the Munich massacre and by his decision to participate in a campaign to destroy the killers. Avner becomes numb and unfocused as the film goes on, and the film becomes numb and unfocused with him. As Sean Burns observed, the movie seems to disintegrate as you’re watching it, by design!

I think the sex scene is the heart of the movie, the point where it (pardon the language) takes its clothes off and shows you what it really is. Avner truly loves his wife, truly loves having sex with his wife (an unironic expression of heterosexual domestic ardor, one that almost has a hearty peasant quality; only Spielberg would dare be so cornball, and so true to the feelings of men who married well). When he fucks his wife he feels safe. That this sacred moment would be invaded by images of Munich is at once appalling, sad, funny and true to the experience of anyone who has suffered violence or watched powerlessly as it was inflicted on someone else.

How many millions of people have had sex after 9/11 in order to escape the memory of that horror, images the entire world saw and suffered through, only to have the images come flooding back into their heads, poisoning the very act whose tenderness was supposed to afford them refuge? Juxtaposed against Avner’s congress with his wife, his soulmate, those images of brutality are like needles jabbing into his brain. To quote Pauline Kael’s review of Casualties of War, it’s the ultimate violation. The final shot that reveals the Twin Towers is a secret decoder ring, the shot that tells us what we were really watching for two hours and forty minutes, and what we think about when we try not to think about 9/11.