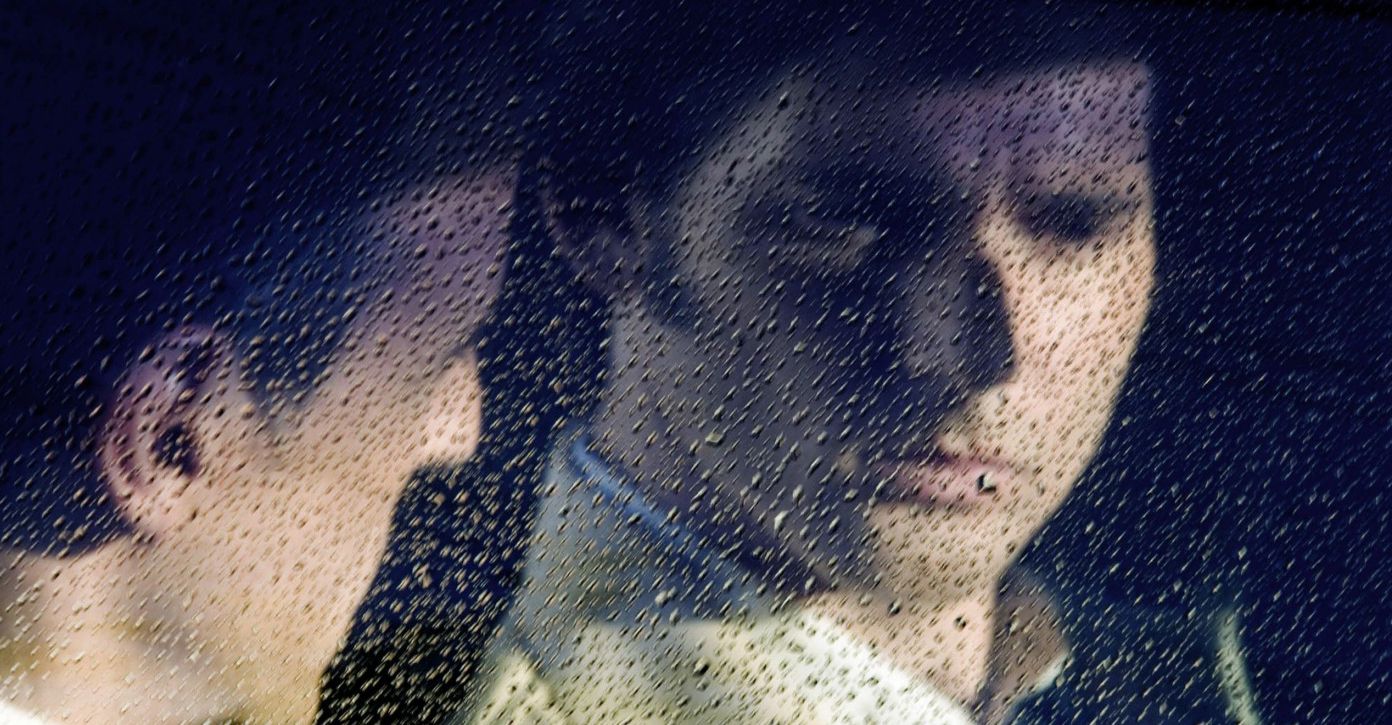 In a year characterized by scores of foreign imports and documentaries addressing Israeli-Palestinian tensions, 2005 is now capped off by Steven Spielberg’s Munich, a tense, thoughtful, efficient “inspired by real events” recounting of the Israeli government’s response to the deaths of 11 Olympians at the hands of Palestinian hostage-takers (working under the banner “Black September”) at the 1972 Summer Games. Hollywood’s most high-profile and important champion of Jewish causes ever since Schindler’s List and his later establishment of the Holocaust-memorializing Shoah Foundation, Spielberg’s involvement in this rushed-into-production project (begun only in June, and deliberately mired in secrecy to diffuse controversy) has been met with apprehension from Israel supporters, who’ve dreaded a less-than-flattering portrait of Golda Meir’s government’s unofficial assassination retaliation for the Munich massacre. As it turns out, their fears are only partially realized by this somber political period piece, which straddles the line between calls for peace and justifications for war by critiquing Israel’s vigilante measures while also simultaneously recognizing the country’s right to forcefully and uncompromisingly strike back against those who attack its citizens. Which isn’t to say that Munich is indecisive. Rather, it’s simply that this investigation into the personal and national ramifications of violence chooses to embrace the futility of positing pat, comforting solutions to multifaceted dilemmas.

Mixing fictionalization and authentic television footage of the Olympic hostage situation, Spielberg’s latest begins by detailing with economical fluidity both Black September’s clumsy execution of their primetime plot to ransom Israeli competitors for the release of Arab prisoners, as well as the real-time media-filtered means by which the world experienced the events. As a ski-masked Palestinian ventures out onto the balcony of the apartment where the athletes are being held, a foreground television displays footage of the same incident from the opposite angle, a dual-view that visually evokes Munich’s warring perspectives on the justness, success, and cost of Israel’s subsequently ruthless policy. In the aftermath of the sportsmen’s tragic slaughter, Prime Minister Mier (Lynn Cohen) becomes convinced that the Palestinians are “out to destroy us,” and that in times of such dire threats, “every civilization finds it necessary to negotiate compromises with its own values.” With the aid of Geoffrey Rush’s baklava-loving case officer, the Israelis recruit a Mossad (Israeli secret police) agent named Avner (Eric Bana), whose lack of high-profile field agent training—having worked primarily as security detail for, among others, Mier herself—makes him an ideal candidate to head up the government’s off-the-books assassinations of the 11 suspected Palestinians responsible for Munich.

Married and with a child on the way, Avner is a typical Spielbergian hero struggling with strained parental relationships (having been abandoned by his mom as a kid and unable to escape the shadow of his famous father) who views Israel as his motherland and sets out convinced of his task’s righteousness. Teamed with a diverse crew—including a true-believer (Daniel Craig), a toymaker-turned-bombmaker (Mathieu Kassovitz), an antique shop owner (Hanns Zischler) and a skeptical military veteran (Ciáran Hinds)—Avner’s globetrotting quest begins as an atypical suspense yarn told from the vantage point of the executors as they begin carrying out the carefully choreographed bombings of their targets. The increasingly messy chaos of the strikes reflects the group’s amplifying hesitancy over their actions, as when Spielberg subtly stages a risky Beirut hit similar to Black September’s storming of the Olympic Village apartment complex, merely one of many structural echoes that contribute to the omnipresent atmosphere of mirror-image divisiveness. Repetition of key phrases, events, and motifs, as well as a preponderance of match cuts, are Spielberg’s primary method of visualizing the moral and logistical ambiguities of Mossad’s modus operandi, though surprisingly, the film—shot with washed-out ‘70s-style austerity by longtime cinematographic collaborator Janusz Kamiński—remains largely free of the director’s signature sweeping camera movements and manipulative use of music.

Written by Pulitzer and Tony-award winning Angels in America scribe Tony Kushner (based in part on George Jonas’s Vengeance), Munich exhibits an escalating momentum that’s heightened by the writer’s depiction of Israel’s clandestine campaign—and the predictably brutal responses from their foes—as a more violent version of the intransigent diplomatic dialogue between Israelis and Palestinians, here most forthrightly presented by way of a debate between Avner and a Palestinian militant over the intifada. Unfortunately, dramatic intensity generally grinds to a halt during such signpost “big theme” discussions (including the recitation of a fable about seraphs), which present the pros and cons of covertly state-sanctioned assassinations with dreary didacticism. Aside from a shameless child-in-peril sequence, the film much more successfully conveys ambivalence toward its protagonists’ behavior through Spielberg’s swift, muscular staging, seen most hauntingly in the group’s reprisal slaying of a femme fatale for the killing of one of their own (which comes across as both warranted and yet unsatisfying and horrific). Yet the director’s reliance on exposition to bear his tale’s thematic burden is persistently wearying despite his even-handed juxtaposition of arguments both critical (“All this blood comes back to us,” says Kassovitz’s agent) and supportive (“Whatever it takes…we have a place on Earth. At last,” says Avner’s mother in favor of Israel’s survival-at-any-cost mentality) regarding Mossad’s actions.

Ironically, the film’s hot-button political concerns are its weakest components, as Munich’s equitable lip service to opinions all along the ideological spectrum proves less compelling than its portrayal of Avner’s crumbling sense of self underneath the torturous burden of his emotionally and psychologically grueling duty. Spiraling into an abyss of identity confusion in which he’s torn between his commitments to two “homes”—nation and wife/baby—Avner’s transformation is beautifully revealed through the contrasting sex scenes with his wife, the first one culminating in a tender, spooning embrace and the latter a cold, mechanical act. In a scene of graceful heartbreak, a tortured Avner, on the phone with his wife and infant daughter, asks “Can he hear me?,” only to promptly correct himself with “Can she hear me?,” a sign of his alienation from his beloved family that’s compounded by the tyke uttering “Dada” into the receiver, driving Avner to break down in lonely, wretched tears. A man with “butcher’s hands and [a] gentle soul,” Avner begins as an innocent bodyguard sworn to protect but becomes tragically dehumanized by his murderously methodical conduct—a change replicated by that of Kassovitz’s explosives expert, a bomb dismantler altered by his mission into a tormented death dealer.

Though his supporting cast (including the grand Michael Lonsdale as Avner’s intel contact and surrogate paternal figure) is mainly relegated to embodying ciphers who function as mouthpieces for disparate viewpoints, and though Spielberg saddles him with an embarrassing flashback-sparked primal scream during sex (gallons of sweat flying off his face and hair), Bana nonetheless delivers a commanding performance of conflicted allegiances. From the cool, cocky confidence of Avner’s early assassination outings to his paranoia-fueled destruction of a hotel bedroom, Bana gives the film a dose of agonized humanity amid its overload of bloodshed and speechifying. His strapping frame slowly contorted into a hunch, and his eyes, once hidden behind aviator sunglasses, now circled with dark rings, Bana exudes the misery of a wartime soldier shaken by moral disorientation. Yet refusing to wholeheartedly champion Avner’s doubt, Spielberg ultimately ends his narrative on an indeterminate final note in which—with the Twin Towers looming in the background skyline in an attempt to link Avner’s story to contemporary America’s post-9/11 circumstances—the Mossad executioner’s disillusionment is matched by Rush’s sober reasoning about combative reprisal (“These guys live, Israelis die”). With Munich, the director makes the case for peace without denying the necessity for aggressively fighting hostile enemies. And as such, his film might be the year’s most levelheaded (if not necessarily the most dramatically sturdy) cinematic dissertation on our ongoing war on terror.