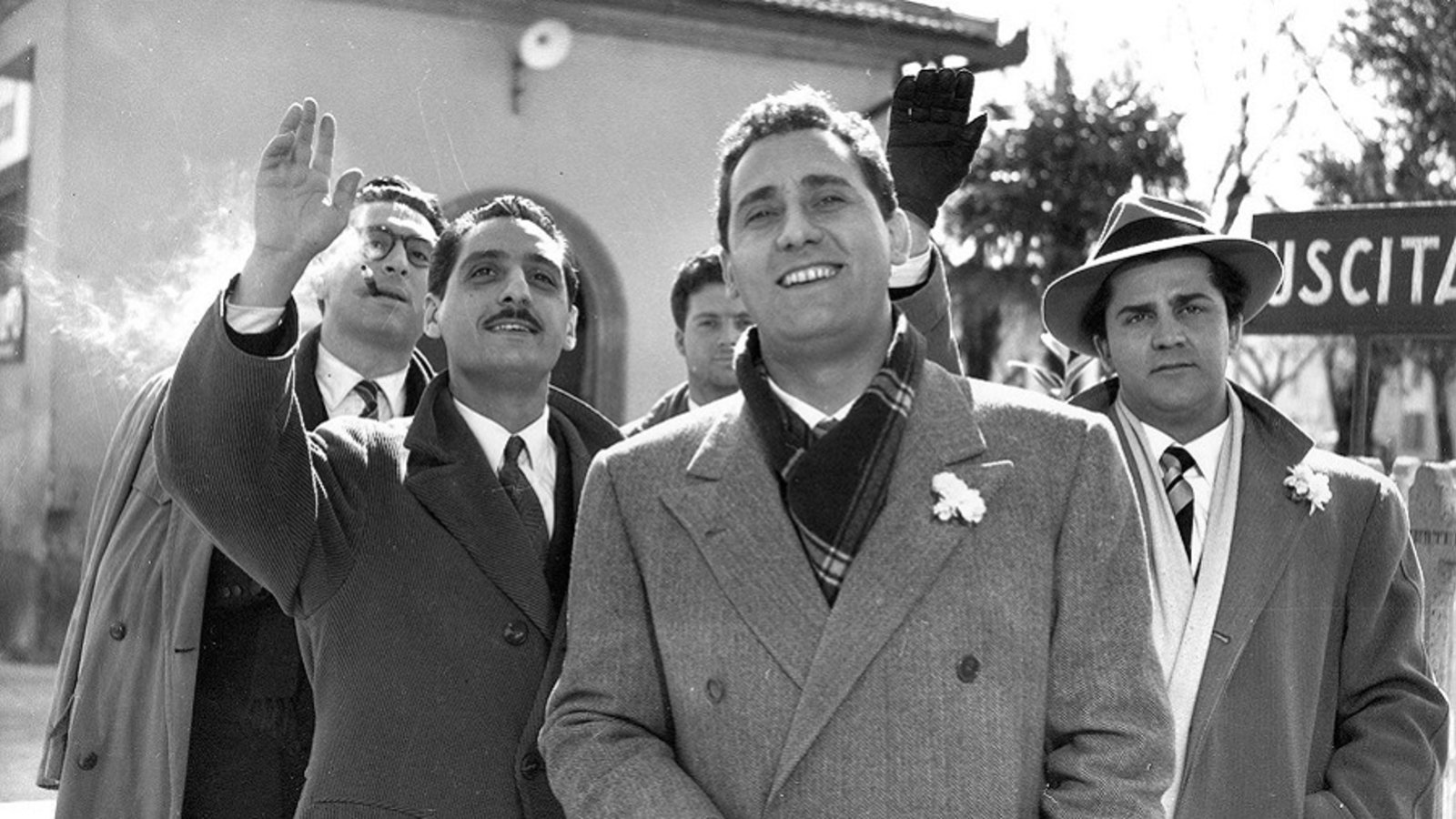 That’s an interesting way to look at it, but I see Federico Fellini’s career more as a sine wave than an arc or a slow and steady ripening. Whatever drew Fellini to Jungian psychology, séances, psychedelics, and circuses made some of his movies too stagily fantastic for my tastes (Satyricon), while others are bathetically sentimental (La Strada, Nights of Cabiria) or both (Juliet of the Spirits). But studded throughout his career are masterpieces like 1973’s Amarcord, 1963’s 8½, and 1953’s I Vitelloni, which use Fellini’s trademark mix of realism and fantasy with restraint, evoking a time and place and state of mind with exquisite precision.

Fellini made I Vitelloni toward the end of Italy’s neorealist period (he co-wrote Rome, Open City) and that film’s stylistic restraint probably colors this one. There are a few of Fellini’s dreamlike images here, but none are pushed to the point of surrealism. Rather than lead us on a trek through a character’s psyche, he salts in little bursts of visual flamboyance, like the giant paper mache head Alberto waltzes with at a costume ball. Yet the style is clearly his own in this beautifully photographed and slyly funny drama, which is scored by Nino Rota and filmed with a fluidly restless camera. The people or the camera or both are almost always on the move in I Vitelloni, even as its five main characters go nowhere fast.

Alberto is one of five freeloading young men—the overgrown calves of the title—we follow for a year as they kill time in Fellini’s hometown of Rimini. Their leader, Fausto (Franco Fabrizi, who looks a little like Elvis), provides most of the plot, first by trying to duck out of marrying Sandra, the innocent beauty he has knocked up, and then by cheating on her compulsively and casually betraying everyone else he gets close to, from his father to his employer to his friends (one of whom, Moraldo, is Sandra’s brother).

For most of the film, we watch the five friends hang out at the beach or in the pool hall, doing their best to dodge responsibility while whining about their dead-end lives. They live for the holidays, so Fellini lingers on their frenzied all-night celebrations, but what sticks in the mind are the mornings after, when the hungover friends stumble home to the mothers and aunts and sisters who support and indulge them.

Fellini said he based his characters on a group of young men he observed in his home town but didn’t hang out with, since they were older than him. That may explain the ironic perspective his alter ego, the sensitive but too malleable Moraldo, brings to the story, which we gradually realize is about Moraldo’s quiet coming of age even more than it is Fausto’s. Fellini empathizes with his overgrown boys, but he cares even more about the people they misuse so thoughtlessly: mostly Sandra, but also the other women in their lives and the men who do the work they consider themselves too good for.

Time and again, Fellini gives the workers and the women the final word, right down to the film’s last lovely shot of the young boy Moraldo befriends, who is heading to work at 3 a.m. when Moraldo is heading home from another night of drinking. As the shopkeeper who hired Fausto puts it, after he fires Fausto for coming on to the man’s wife: “I pity you, but I pity your poor wife more.”