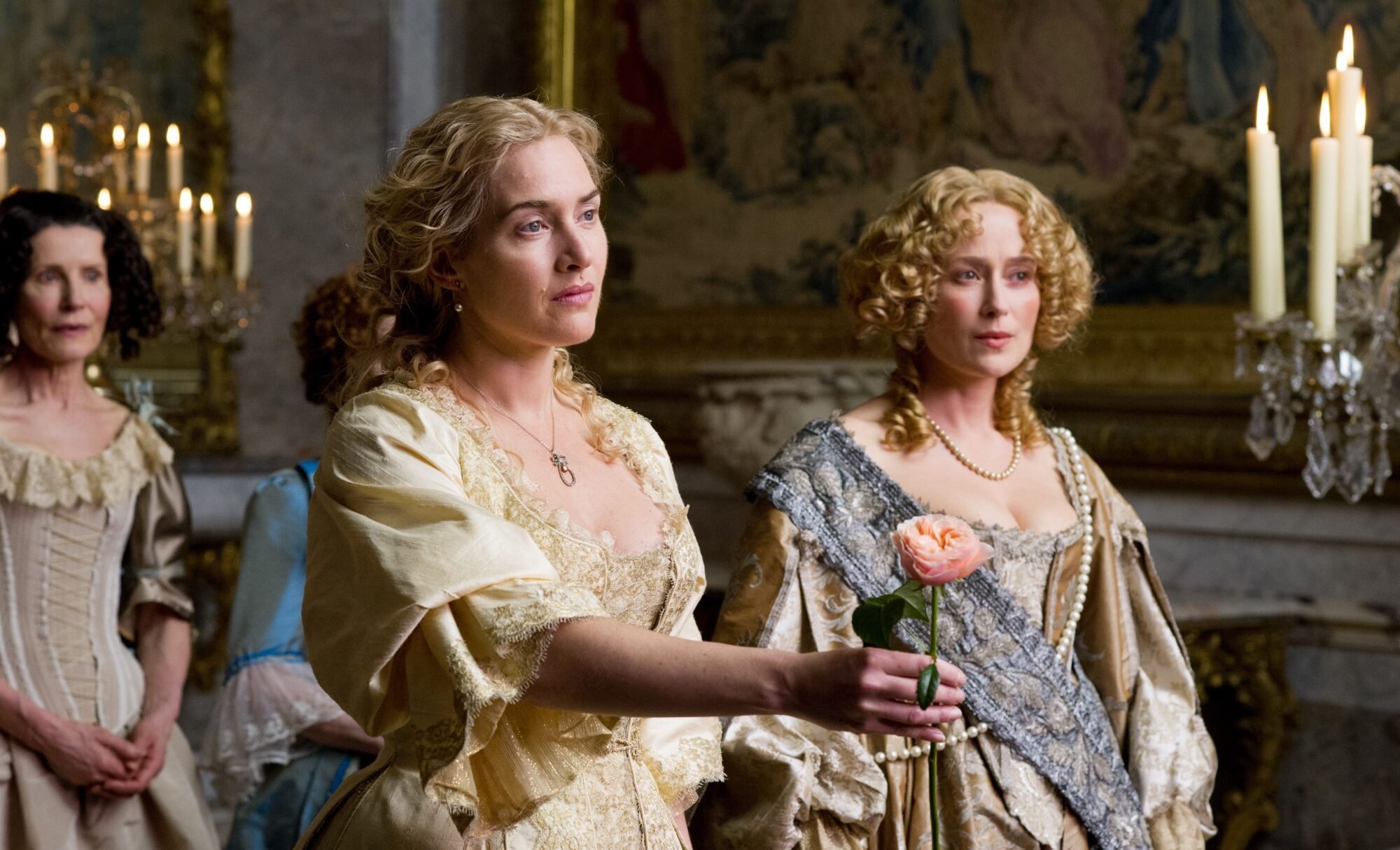 An early scene in A Little Chaos shows Sabine de Barra (Kate Winslet) walking through a circular structure of potted plants and randomly moving one of the center pots to her left, thus throwing off the symmetrical arrangement. In addition to illustrating the film’s major theme, this scene also demonstrates the film’s stiff-upper-lip approach to drama. Here’s a film ostensibly about the clash between order and disorder—artistically, personally, and socially—that remains well-mannered, never once threatening to be as messy as its main character.

In other words, Alan Rickman’s film is consistently, and often dispiritingly, mired in the quaint tradition of the classy costume drama: lavish sets, costumes, and décor, all combined with little to no formal risk-taking. A Little Chaos is partly intended as a drama about characters learning to embrace their wilder inner selves, especially when it comes to transcending social dictates: André’s classical view of architecture shifts upon seeing Sabine’s forward-thinking designs for a new garden in Versailles; Sabine herself gets a glimpse of a lifestyle that’s a far cry from her working-class origins, and finds its values clashing with her proto-feminist leanings; within the confines of the court, at least, King Louis XIV’s brother, Philip (Stanley Tucci), proudly parades his homosexuality. One could then accept Rickman’s buttoned-up aesthetic as a fitting approach to elucidating the kind of burning passion to be expressed only within certain social and emotional strictures.

But that would hardly be enough to ameliorate the screenplay’s disappointments. Perhaps it doesn’t ultimately matter that Sabine is, in fact, a character invented out of whole cloth, though it might help to explain why her character is imagined in such shallow terms. Some of the opening scenes offer the promise of a more daring film that will actually dive into the intricacies of the architectural process—a kind of compressed period-drama, architecture-based variation on Jacques Rivette’s La Belle Noiseuse. But occasional brief flashbacks hint at a lingering trauma in Sabine’s past—and soon the film abandons any interest in architecture and falls back on romantic-drama clichés and pat psychologizing.

Naturally, Sabine and André fall in love, to the consternation of the latter’s emotionally chilly but extravagantly rich wife (Helen McCrory, playing entitled villainy to the hilt), leading to the expected dastardly sabotage attempt on her part. Perhaps most insulting of all, however, is the way the film eventually uses Sabine’s past trauma as little more than a simplistic way to not only explain her artistic worldview, but offer a neat dramatic arc in which she, with the help of André, works through her demons. How this has anything to do with the more interesting artistic process that the filmmakers seemed genuinely interested in exploring early on is a crucial question that is, in the end, suppressed in favor of too-easy, jubilantly dance-laden uplift.