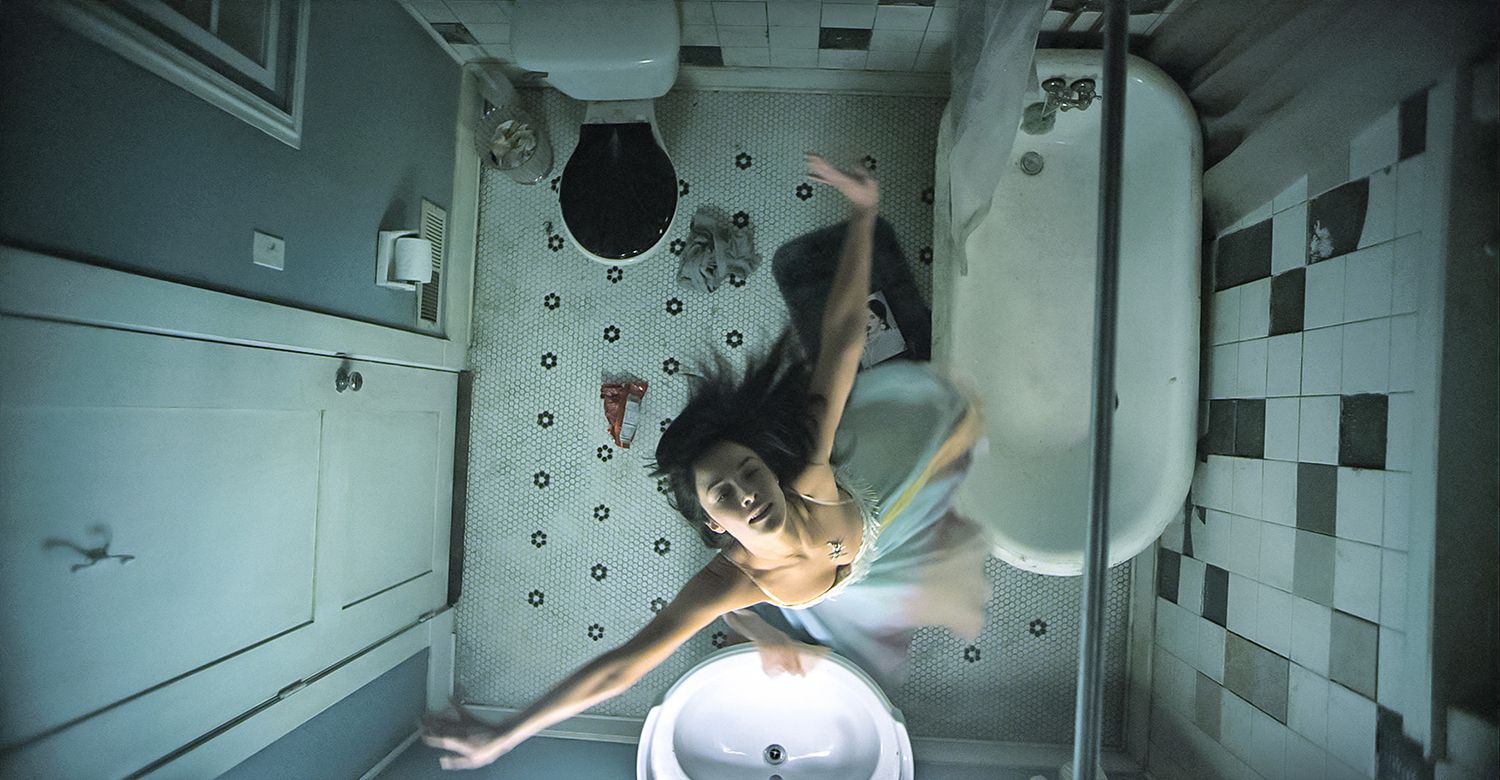 Within the first few minutes of writer-director Daniela Amavia’s A Beautiful Now, birthday girl Romy (Abigail Spencer) locks herself inside her bathroom, where she’ll remain for the rest of the film as a small group of her friends hang out outside. Romy has grown disconnected from these friends and is struggling with the idea that her career as a dancer may have already peaked, as her latest show is closing and she was mistaken for a dancer’s mother at a ballet audition. In the bathroom, she loses herself in fantasy and memory, imagining conversations and flashing back to significant life events, as her friends talk through their multifarious issues outside the door.

This is the kind of incestuous social group where everyone has dated each other or been in love with one another or at least shared partners, and they dredge up all of these old beefs as their friend loses her mind a room away. If A Beautiful Now’s setup sounds like a twist on Lawrence Kasdan’s The Big Chill, with a group reuniting before their friend’s suicide rather than after, the end result plays more like a particularly moody season of Friends, cut up and rearranged into a 99-minute montage of narcissistic twaddle.

Amavia’s characters are all good-looking, self-involved bores who speak in overdetermined musings about such topics as beauty, truth, and love. Throughout, the filmmaker provides little sense of a world beyond her characters (even one dude’s involvement with a political magazine called Rage is used primarily to demonstrate that he “cares about things” in a generic sense), and fails to link their lives to any deeper sense of meaning.

Amavia deserves some credit for A Beautiful Now’s ambitious structure, which integrates extensive flashbacks, hallucinations, and dance sequences, and features a twist ending that genuinely alters our perception of the rest of the film, but while this formal playfulness helps to keep us on our toes, it also confuses the narrative and muddles the relationships. It’s often difficult to keep track of who’s who and how they connect. And it doesn’t help that Amavia makes no attempt to differentiate her images, shooting the entire film through a washed-out filter that evokes badly overexposed film.

Only some dance sequences break the film’s drably monotonous style. In these all-too-brief scenes, played as dreamy fantasy reminiscent of Bob Fosse’s All That Jazz, Amavia finds a way to translate her characters’ banal romantic struggles into something richer and more interesting. In one, a group of dancers writhes in a pile, fiercely groping each other in a nearly abstract array of limbs and flesh. It’s an intoxicating image that says as much about the characters’ complicated web of sexual connections in a minute or two as all the film’s flashbacks and heavy-handed dialogue combined.