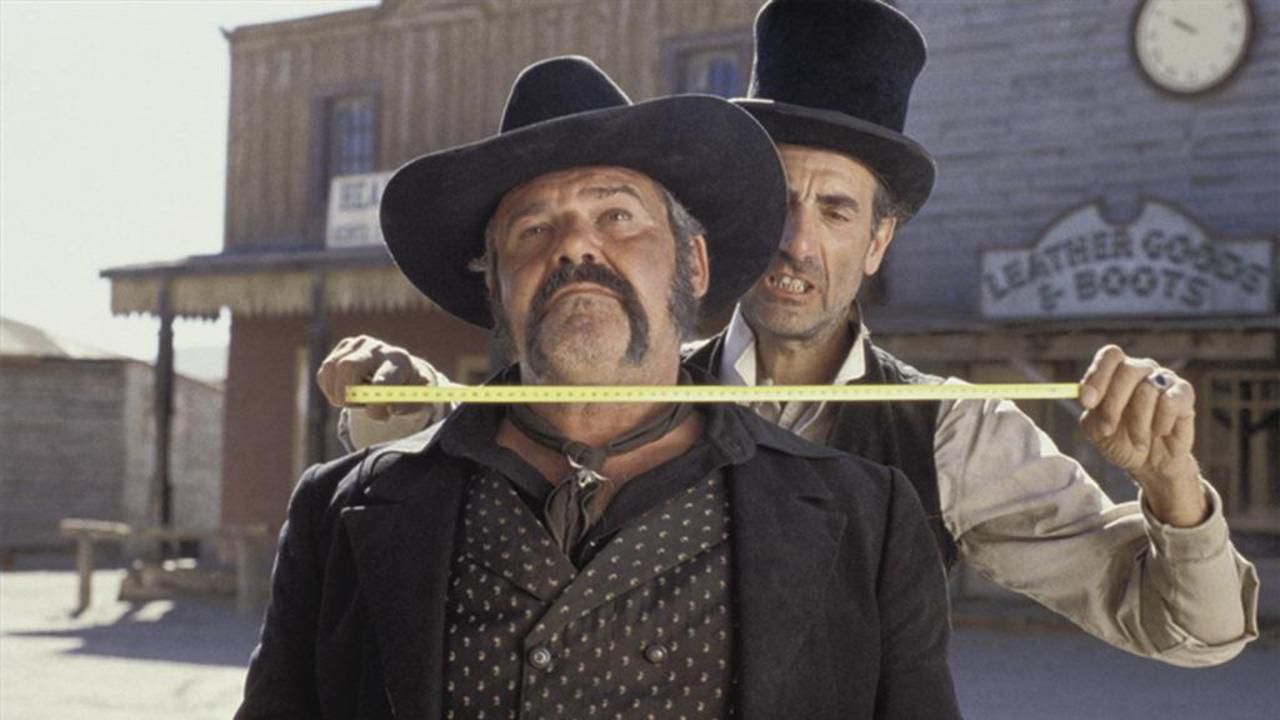 In Álex de la Iglesia’s 800 Bullets, the great Carmen Maura stars as Laura, an uptight mother and business woman whose rambunctious son, Carlos (Luis Castro), ditches a school skiing trip in order to find the masculine influence that’s been long missing from his life. In “Texas, Hollywood,” a fake western town in Almeria, he finds his grandfather, Julián (Sancho Gracia), who supervises a motley crew of stuntmen and actresses. Reality and fiction frequently blur, but when Carlos grabs on to and starts jiggling a woman’s breast, you realize that regardless of whether it belongs to an actress or a real sex worker, this is one lucky kid.

The film’s sentimentalism has earned de la Iglesia comparisons to Spielberg, but there’s a coy mean streak to 800 Bullets that you won’t find in any Spielberg film. De la Iglesia manages a number of humorous sequences, namely a scene where Laura arrives at the film’s tourist stop and watches Julián shooting Carlos off a roof, and though the constant shout-outs and references to spaghetti westerns and Ennio Morricone scores are pleasant enough, the film operates under the misogynistic impulse that women are annoyances to their men.

Indeed, there’s scarcely a woman in the entirety of 800 Bullets that isn’t cramping a guy’s style, and the one or two who aren’t are of course dignified by the size of their breasts. But as far as retro fantasy scenarios for dudes with serious daddy issues go, I suppose you could do worse. De la Iglesia’s film is strictly for fans of The Shawkshank Redemption…or anyone who ever wanted to know what it would be like if Chris Columbus directed El Topo.

Review: Love Me If You Dare