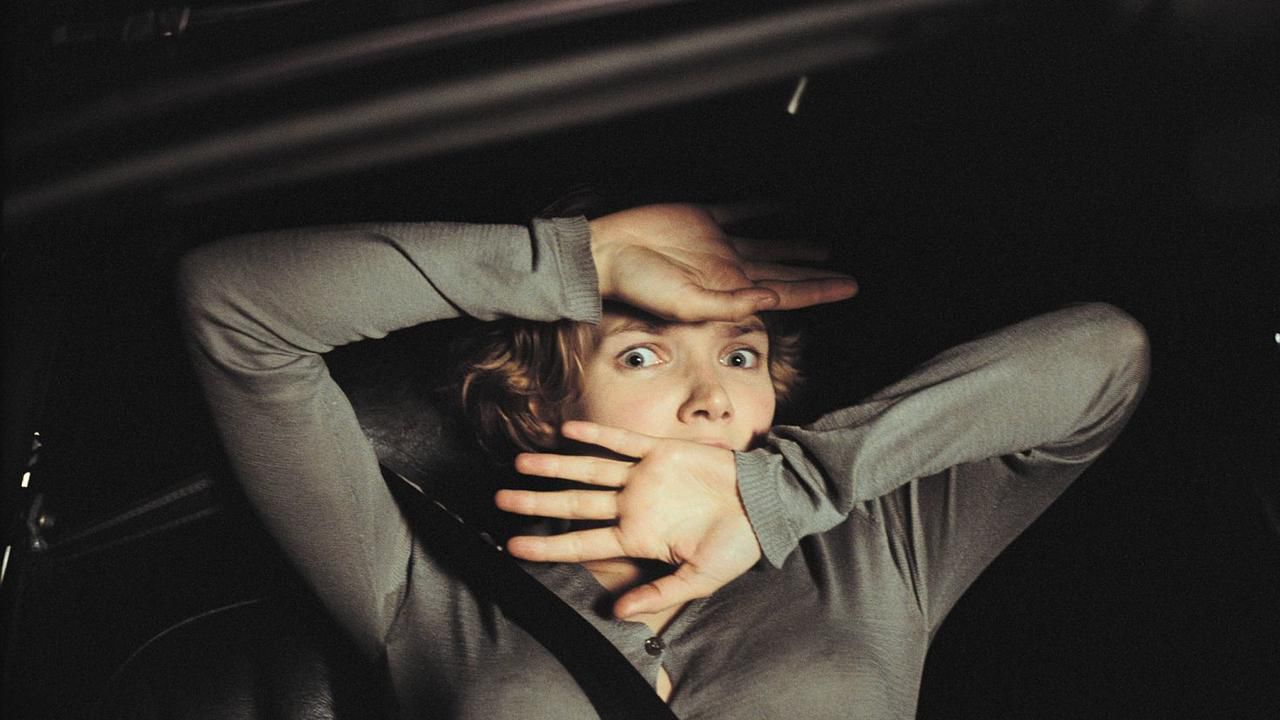 Isabelle (Sophie Quinton), the protagonist of director Gilles Marchand’s Who Killed Bambi?, is a nursing student at a prestigious hospital whose curriculum includes how to tell families that their loved ones have croaked (“gone” and “left us” isn’t quite straight to the point). It’s there that she meets the sexy but sinister Dr. Philip (Laurent Lucas), who starts calling her Bambi because she has problems keeping her balance (due to a malformation in her right ear, for which an operation is performed). Isabelle comes to believe that he may be raping female patients while they sleep and watering down the hospital’s Pentothal supply and letting nurses take the rap when patients wake up during surgery.

Marchand implicates the man early on, and as such the thrill of the incredibly shot and unnervingly paced Who Killed Bambi? is derived not from cheap plot maneuvers and narrative twists but from the mind-fuck between Isabelle and Dr. Phil. Only once is the cartoon Bambi actively engaged, but the deer’s presence is clearly felt throughout the film, and not just in Quinton’s perpetual deer-caught-in-headlights expression. A patient disappears at night (when the hospital is seemingly and inexplicably unstaffed—but that’s neither here nor there) and the nurses reason that she must have walked out on her own.

By having Philip commit his transgressions off screen, Marchand and co-screenwriter Vincent Dietschy are essentially questioning the reality of the man’s culpability and everyone’s emotional connection to those crimes. It’s obvious from the start that the filmmakers are using the death of Bambi’s mother as a point of departure for a study on postmodern violence in cinema. But while they seem to have studied the shit out of Disney’s Bambi, incorporating notions of responsibility, submission, and loneliness associated with the death of the deer’s mother into Philip’s agenda against Isabelle and women in general, in the end the film feels like an abstract dissertation with no real discernable point, perhaps because Dr. Phil—not unlike the gunman who shoots Bambi’s mom—remains a cipher throughout.

Review: Love Me If You Dare