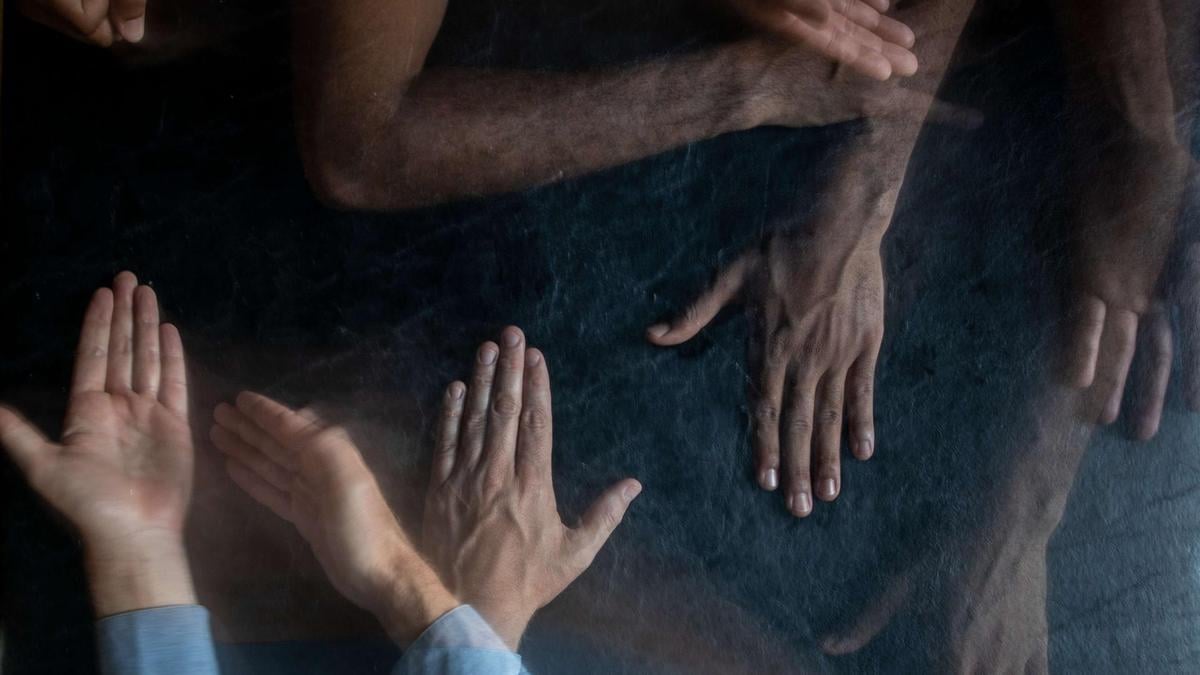 According to The Dictionary of Obscure Sorrows, a compendium of invented words written by John Koenig, “sonder” is the feeling of discovering that every stranger has an inner life as expansive as your own. The interactive performance A Thousand Ways (Part One): A Phone Call, the most intimate offering in the Public Theater’s Under the Radar Festival—now part-streaming and part-live on a variety of platforms—seems to court that same sensation, inviting two anonymous audience members to peek through the cracks of a brick-by-brick dialogue and at the lives behind it.

Reviews of A Phone Call are spoiler-free by necessity since every performance is scripted primarily by the two audience members who are invited to call a private line where they’re guided by the recorded voice of a narrator to answer a selection of questions and carry out a series of actions. The narrator acknowledges upfront that this isn’t a conversation, as the participants can never ask follow-up questions or even refer to what has just been said, unless specifically prompted to do so. But the elements of real-world interaction that are missing do shed light on how much we rely in real conversations on our own choices of questions to help form judgments of the person we’re learning more about. In the absence of that autonomy to ask for more information, we’re limited to the questions posed on our behalf—what my partner on the call shared was probably unimpacted by my presence on the line.

But I somehow still felt concerned that I was letting her down, that I wasn’t showing her that I had listened carefully and understood deeply. And when I was ultimately asked to share something about her that would stick with me, I dodged the first thing that came to mind—a tragic loss, referenced three times, that hovered over my perception of her throughout the call—and said something vague and general about her family history instead.

Perhaps inevitably, A Phone Call—parts two (An Encounter) and three (An Assembly) promise as-yet-unscheduled in-person groupings—is a crapshoot: A participant at another performance told me she was left afterwards with an aching loneliness, regretting that she had followed the rules and remained anonymous to her co-caller. There were moments of my call in which I was more acutely aware of sharing a live moment with another person, including one sequence where participants are asked to imagine being part of the same starlit scene, but our succinct back-and-forth felt far too stilted to call a connection.

If A Phone Call sketches the outline of human interaction, Disclaimer, a Zoom performance from the theater company Piehole, creates a shared communal experience that feels awfully close to the sensation of sitting in a theater with other people. Aptly titled, Disclaimer quickly confesses to its own misleading advertising: It’s not the Persian cooking experience it claims to be, nor will participants log off the Zoom call with a finished rice dish, even if they’ve purchased the ingredients, circulated ahead of the performance, for Chef Nargis’s sabzi polo recipe. Chef Nargis (Tara Ahmadinejad, also the writer and co-director) admits from the beginning that, despite the impressive preparations on the “Parsley Cam” from her sous chef, Hassan (Hassan Nazari-Robati), she’s brought us here under false pretenses.

With its multi-cam setup, fancy live filters, and nimble spotlighting of individual audience members, Disclaimer makes Zoom feel more like a playground than a prison. It’s easy to imagine how the show’s wry audience participation would have worked in person—the original staged version had an in-person developmental run at last year’s Under the Radar—but the fresh, surprising ways that unsuspecting Zoomers become part of the storytelling are deliciously amplified by catching them in their home environments.

The show’s pacing is just right, leaving sufficient time for viewers to relish in the whimsical, ingenuitive use of the platform before starting to sharpen a message about Americans’ willful ignorance and apathy about the specter of a war with Iran. (Another live Under the Radar show that examines contemporary Iranian culture, Brittany Crowell’s Rich Kids: A History of Shopping Malls of Tehran, which bounces between devices, simultaneously live-streaming on YouTube and Instagram, allows its jagged form to overwhelm some heady discourse around privilege, climate change, and the passage of time.)

Given Disclaimer’s swift genre-hopping, from cooking show to family retrospective to whodunit, the show’s “agenda,” as Chef Nargis describes it early on, asserts itself a little imprecisely. But Disclaimer ultimately poses a question that seems to justify its busy-ness: How many diversions do American audiences need to draw them in before they’ll start to pay real attention to the threat of state-sanctioned violence outside their borders?

It is, after all, the promise of traditional Persian cuisine that lures this particular audience into a performance that excoriates anyone whose interest in Iran ends with food and dance and music. “Can you show me with your eyes if you know war?” Chef Nargis pleads, spotlighting audience members as she scans the grid. And at an event where we’re asked to leave our videos on, even in the safety and privacy of the Zoom room, there’s finally nowhere to hide.

Under the Radar runs from January 6—17.