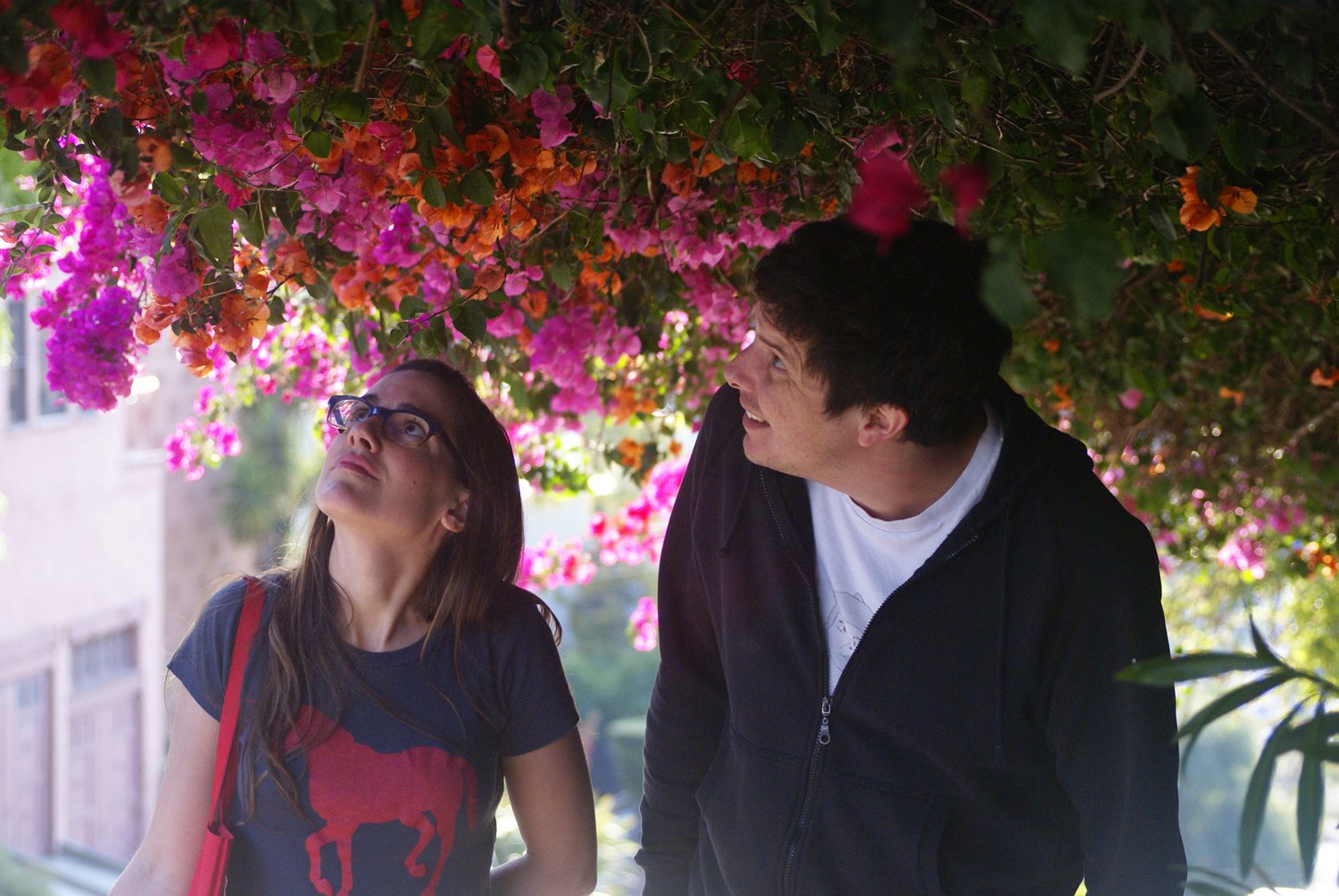 Aesthetically ungainly and thematically familiar, Joe Swanberg’s Uncle Kent finds the writer-director plumbing the same tired issues, albeit from a slightly older perspective. Rather than the twentysomethings of his prior works, Swanberg’s latest focuses on 40-year-old Kent (Kent Osborne), a single artist on a kids’ cartoon show whose life consists of petting his cat, drawing, drinking beer, smoking pot, and hanging out with his obnoxious co-worker Kev (Kevin Bewersdorf). As with many of Swanberg’s protagonists, Kent lives his life through a filter of modern technology, filming himself and others via a flip cam and spending copious amounts of time on the Internet and, specifically, Chatroulette, where he draws photos of the weirdoes spied on the other side of the Ethernet connection—including a faceless regular who strokes his cock for the Internet hordes. As Kent reveals to an acquaintance (Swanberg) staying at a producer’s lavish house, dating at 40 carries with it the stink of desperation, and marriage, though theoretically coveted, is a frightening proposition that leads to loss of slacker freedom (he likes being able to get out of bed whenever he wants!), rather stock hang-ups that Swanberg fails to develop in any meaningfully complex way.

“Drama” ensues when Kent is visited by Kate (Jennifer Prediger), an online friend he’d like to screw. Alas, despite their chemistry and her sexual candor (she’s open to watching him masturbate, and “accidentally” lets him see a naked photo of her), she remains committed to her boyfriend, thus miring Kent in mixed-signal confusion. Even aside from the twee handcrafted intertitle cards and toy-piano score, Swanberg’s direction grates: His bland handheld cinematography rarely strives for a compelling composition, and his utilization of herky-jerky flip-cam POV merely hammers home his favored, clichéd notion that technology designed to facilitate human interaction often frustrates or stymies that very communication.

The proceedings come to a head during a climactic Craigslist-facilitated threesome that’s awash in clashing sexual and romantic desires, but by that point, it’s hard to empathize with these proudly juvenile two-dimensional characters whose reckless behavior only hurts themselves. As with the cast’s semi-improvised performances, Uncle Kent rambles about in an offhand manner meant to evoke authenticity, but it’s every gesture comes across as such an affected pose that no genuine emotion, passion, or depth emerges—like the image of the Chatrouletter gripping his manhood, or of Kent making weird shapes with his genitalia for an adoring party crowd, it’s a portrait of stunted middle-aged maturity that comes off as a performance of self-gratification.

Review: Evangelion 2.0: You Can (Not) Advance