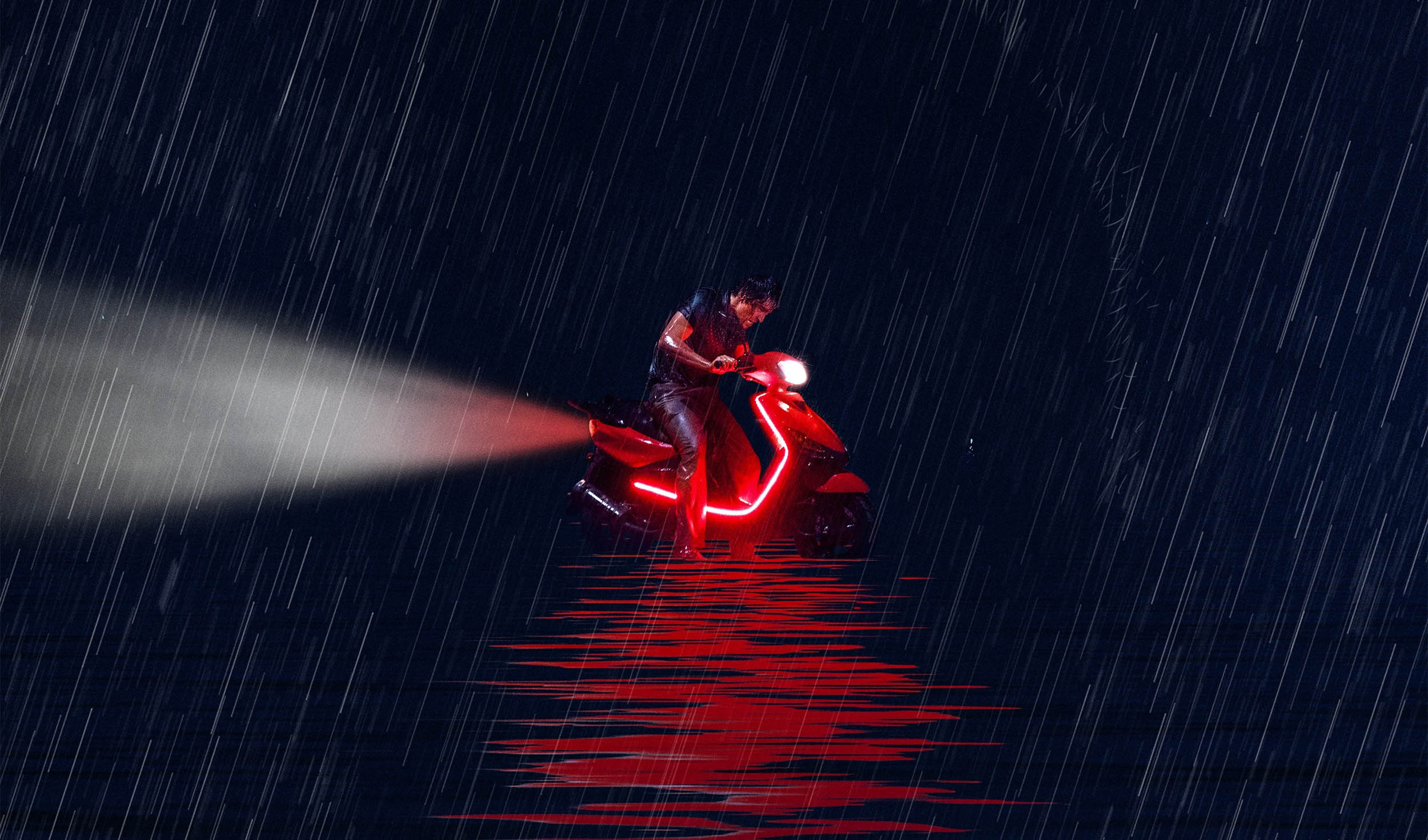 In a normal year, most of us get to experience the best in cinema among others, as shared moments of rapture, giddiness, shock, or simple awe. The best scenes of 2020 were forced to perform a more mercenary but no less valuable purpose: to make us forget, for just a few minutes, the steady drumbeat of trauma and chaos in the outside world, not to mention our increasingly mundane surroundings. The scenes below gripped us because they utilized the building blocks of cinema—composition, editing, performance, ideas—to construct moments that managed, against the odds, to earn our undivided attention in a year where it became easy to feel trapped in your own heads. But these scenes weren’t simple distractions, as they also felt like reminders of the collective rapture that awaits us when we’re able to return to movie theaters. Christopher Gray 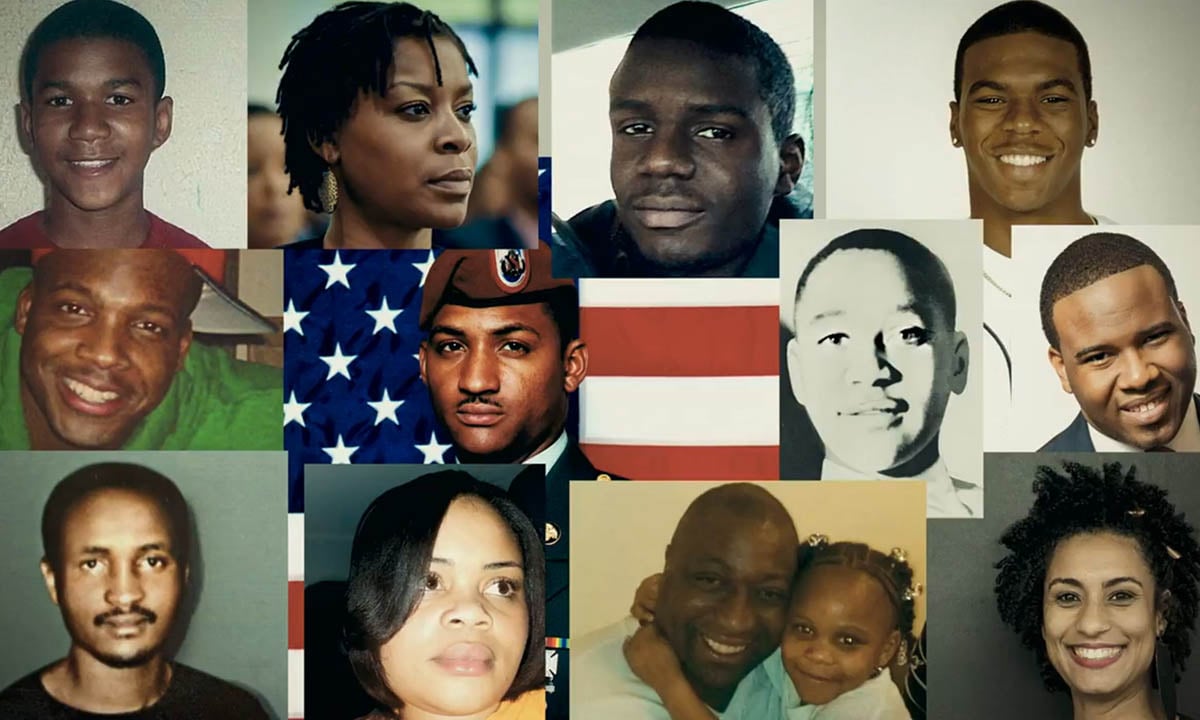 Despite its satirical undercurrent, American Utopia doesn’t wallow in cynicism, and the closing stretch breaks through the many layers of the show’s postmodern impunity for a stirring plea for a better world. David Byrne covers Janelle Monáe’s “Hell You Talmbout,” an enraged lament for black people slain by cops and white supremacists that’s given added emotional impact by Spike Lee cutting away to blown-up photographs of the men and women named in the song. And in testament to this seemingly perpetual cycle of violence, Lee fills the space after the song ends with photographs of others killed since this performance was filmed, including Ahmaud Arbery, George Floyd, and Breonna Taylor, alongside a wall of text printing a full screen of names that point to an urgent message at the bottom of the frame that screams “AND TOO MANY MORE.” Jake Cole 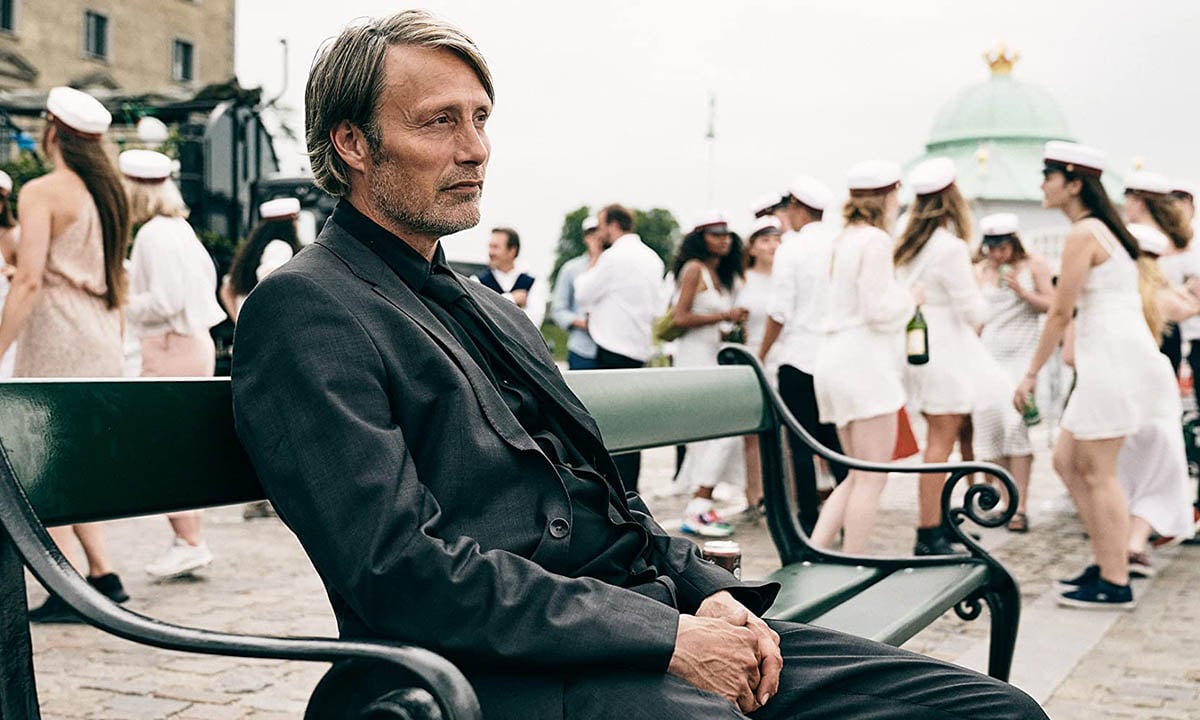 Another Round, “What a Life”

In Another Round, Mads Mikkelsen’s Martin and his buddies seek refuge from their crisis of masculinity through alcohol, by never being sober enough to feel a thing. By the film’s final sequence, the strategy has proven untenable. Martin, who thought he’d lost it all, receives an unexpected reconciliatory text from his wife. Finally, there’s hope for him, but the pull of alcohol remains an ever-present force in his life, and after indulging in the booze handed to him by a bunch of street revelers, he promptly breaks into an explosive dance routine to the sound of Scarlet Pleasure’s ecstatic “What a Life.” It’s the rare instance of a pop song bringing life, not schmaltz, to a scene. Too many unspoken words all knotted up are finally allowed to come out—not in words, because language would be futile. The body says it all. Diego Semerene 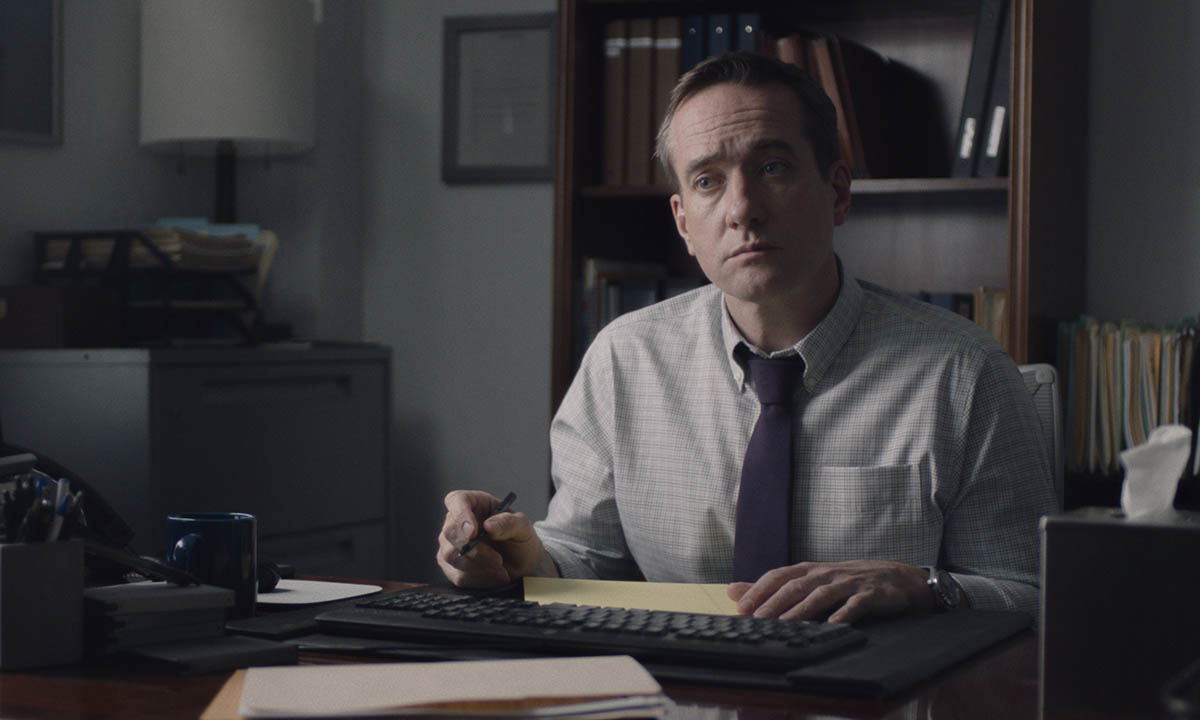 The Assistant, Taking It Up with H.R.

Throughout writer-director Kitty Green’s The Assistant, young, beautiful women are brought into an unseen movie mogul’s office at late hours, and are referenced by both male and female employees with contempt. Growing fearful for one of the women, Jane (Julia Garner) tries to complain to an H.R. officer, Wilcock (Matthew Macfadyen), who first encourages her to speak up before swiftly and chillingly proceeding to gaslight her. It becomes evident that we’re watching—from the perspective of a powerless yet ultimately complicit person—a parable about rich, insulated predators like Harvey Weinstein, and Green’s grasp of Jane’s indoctrination into this perverse world is impeccably believable. Chuck Bowen 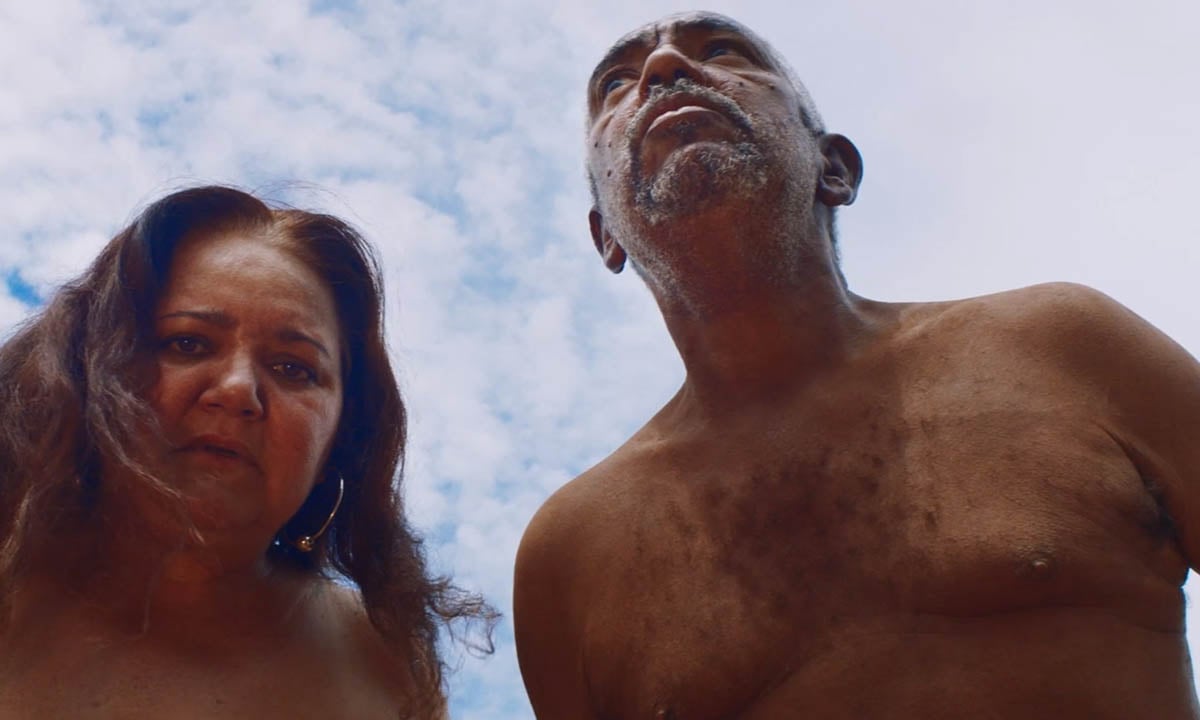 Bacurau, Burning Down the House

Kleber Mendonça Filho and Juliano Donnelles’s Bacurau doesn’t lack for memorable scenes, but one is especially powerful for the way it seeks to subvert our sense of the bodies displayed on screen. The sight of an old naked man is obviously intended to invite a certain type of gut reaction, which the filmmakers swiftly flip on its head when rifle-wielding hunters descend on him after he enters his home and they set the straw of its thatched roof on fire. Then, our sympathies are stirred again as the man and his wife, also naked, lay waste to the intruders, in a spectacularly bloody scene that’s punctuated by a shot of the couple inside the home, standing side by side in protective stances with rifles in hand. Sam C. Mac 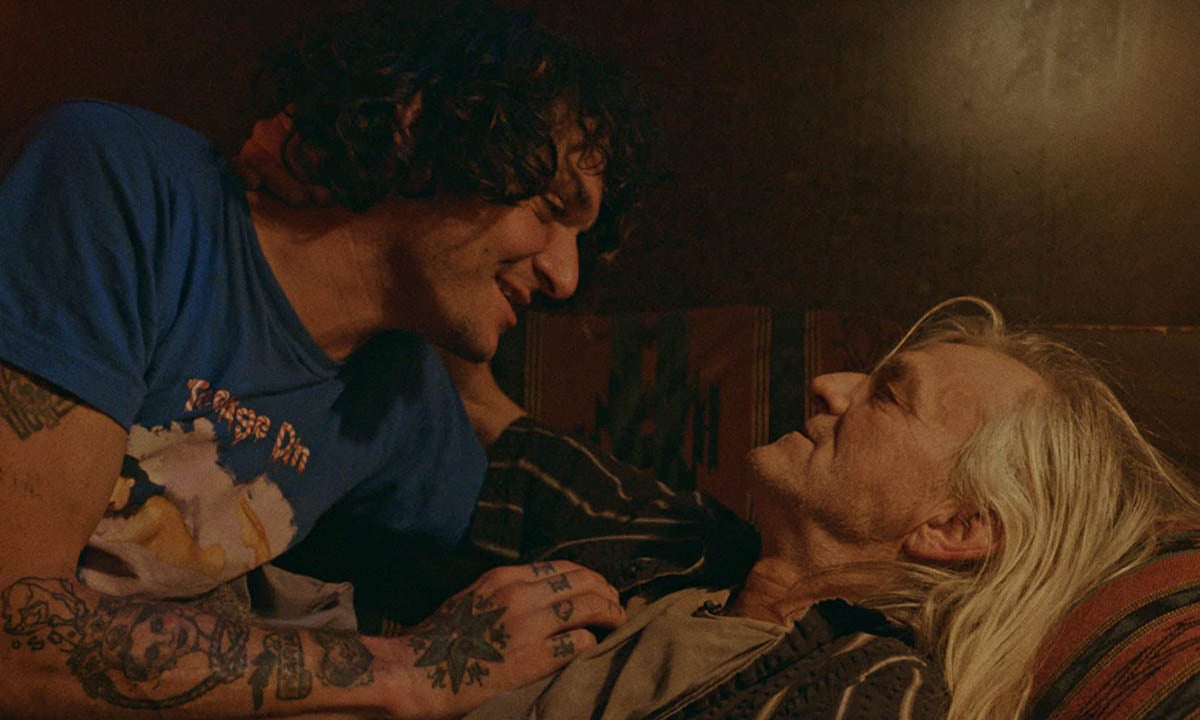 Of all the unforgettable lost souls we meet across the running time of Bill and Ross Turner’s Blood Nose, Empty Pockets, Michael Martin is the most haunting: a washed-up actor, alcoholic, and all-around tortured artist type who’s fashioned himself as the sage of a Las Vegas dive bar. For much of the film, his anguish is evident but unspoken of, as he’s perfected a façade of toasted resignation. Near the end of the film, though, when the bar’s closing and a drunk is forced to face his own thoughts, Martin’s veneer shatters, and he warns a young man not to become addicted to bars as he has. His words have the self-pity that’s common of drunk speechifying, but they’re also imbued with unmistakable poetry. Reaching a low point, Martin, a lost actor, can’t help but give a fine performance, fusing our culture’s mythology of alcoholism with his own misery. Bowen 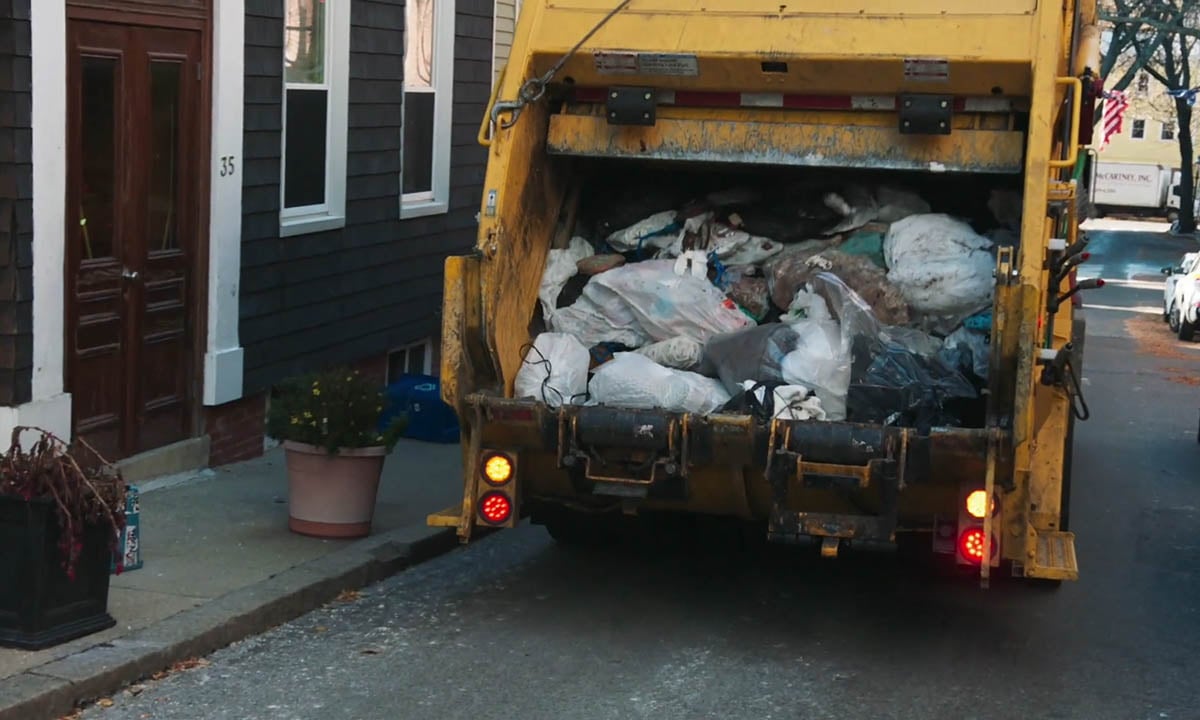 Frederick Wiseman’s films routinely feature contemplative passages that simply observe people at work, but leave it to a group of sanitation workers to turn one City Hall sequence into something close to spectacle. At first, by way of showcasing the efficiency of the workers swiftly collecting trash in a pristine neighborhood, Wiseman allows us to ponder how a sanitation department is an integral part of the machinery that makes a city function. But then he appeals to our childlike giddiness when the workers throw mattress into the crunching, grinding jaws of the garbage truck. Wiseman seems to be enjoying the show as well, because he extends the scene with an encore: In goes a whole barbecue grill, which culminates with a wonderfully spontaneous moment when one of the grill’s wheels gets clipped off and rockets into the air. Wes Greene 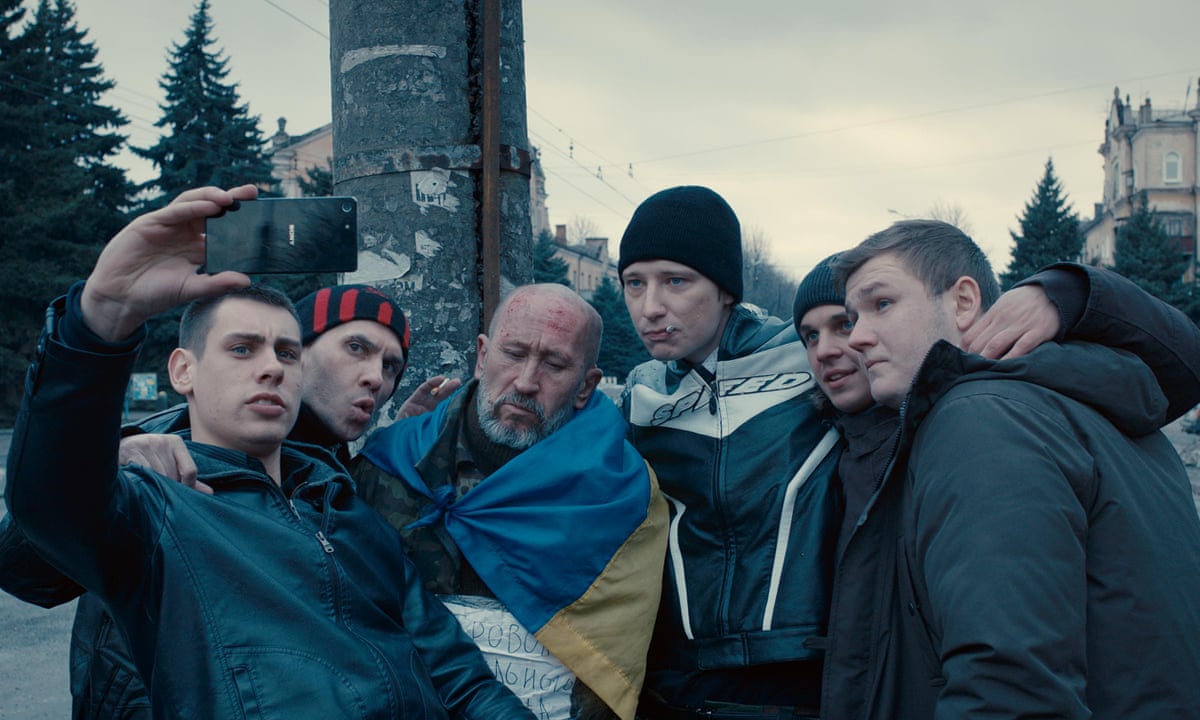 Cameras, we’re repeatedly reminded by Donbass’s mise-en-scène, are violators, as they merely augment the dangerous power of the person wielding them. The film’s most harrowing elucidation of this theme comes in a scene on a public street, where a Ukrainian loyalist, tied to a pole by a pair of armed separatists, endures various humiliations at the hands of a growing mob of passersby, one of whom decides to record the grisly spectacle with his smartphone. As the camera circles the action, the heckler’s phone presses right up into the face of the man, relishing in his suffering, and we get the sense that the escalation of violence may have never come to pass in quite this way were it not for the spontaneous idea to turn it into a video meme. Carson Lund 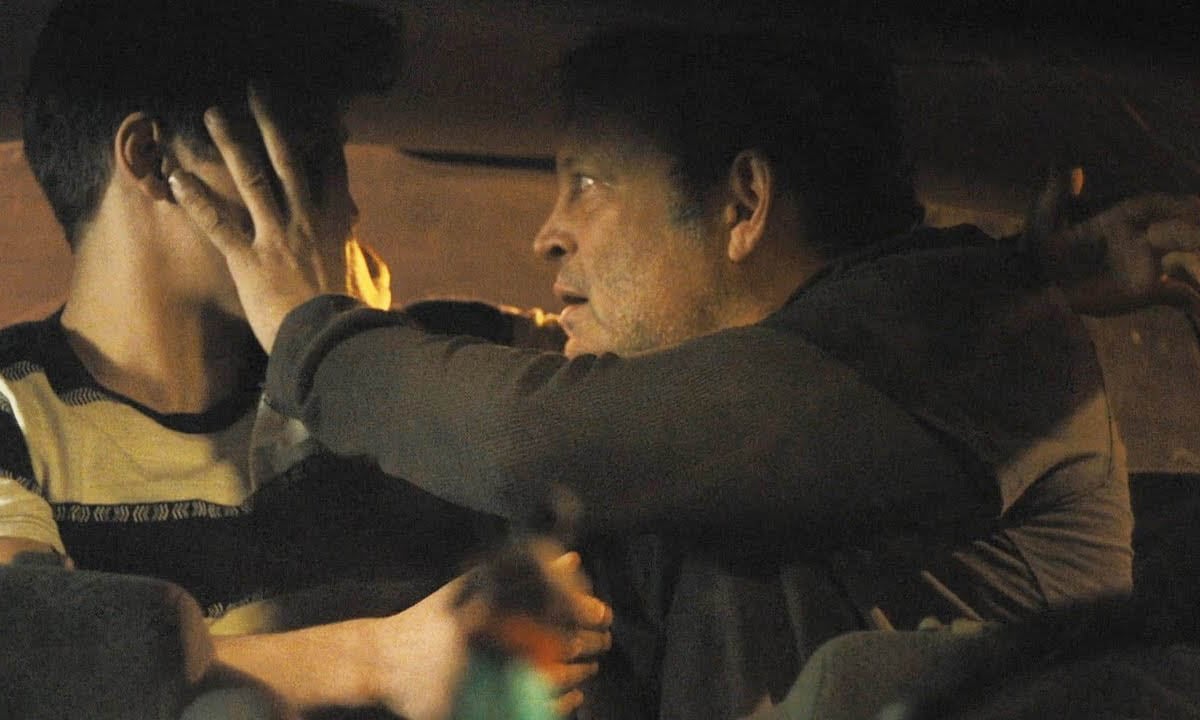 For a while, Christopher Landon’s mash-up of Freaky Friday and Friday the 13th easily aces the slasher-movie bell curve. The pace is tight, the gore is unexpectedly inventive, if neutered by the preponderance of obvious CGI, and the stunt casting of Vince Vaughn as a hulking serial killer is inspired. There’s little at stake though, besides Freaky’s obsession with its own cleverness, until Vaughn’s killer, now inhabited by a teenage girl, shares a kiss with the boy (Uriah Shelton) she’s always liked and been too timid to approach. The tenderness of the moment is shocking and moving, tapping into the unmooring implications—the blurring of boundaries between genders, ages, desires, and shapes—that are often ignored by body-swapping movies. Bowen 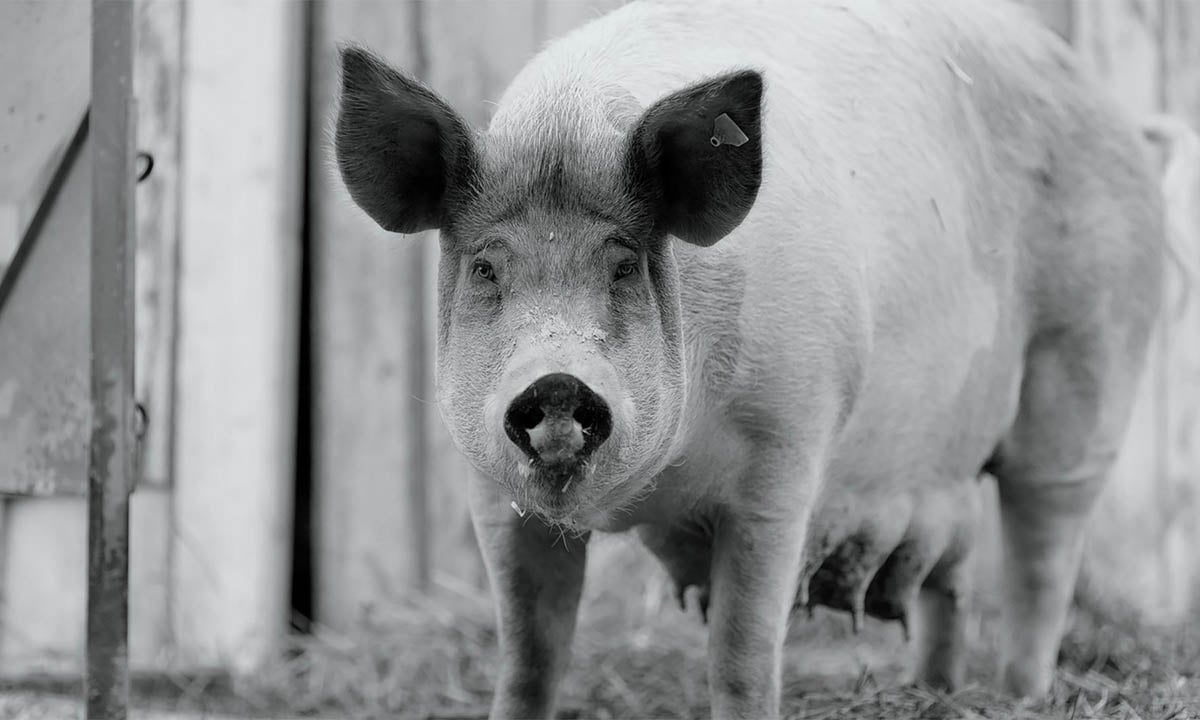 Though Victor Kossakovsky’s Gunda never subjects us to gruesome images of slaughter à la Georges Franju’s Blood of the Beasts, it nevertheless closes with a prolonged single-shot sequence that’s more heartbreaking than any depiction of the goings-on in an abattoir ever captured on film. In this sequence, a truck pulls up to the barn where the pigs live and drives off with the piglets, leaving the mama pig in a state of grief-stricken perplexity. For minutes on end, we watch her pacing around, clearly distressed and unable to fathom why her piglets have been taken from her. By the time the credits roll on Gunda, we realize we’ve been watching not so much a sketch of the lives of farm animals as a threnody for their deaths. Keith Watson 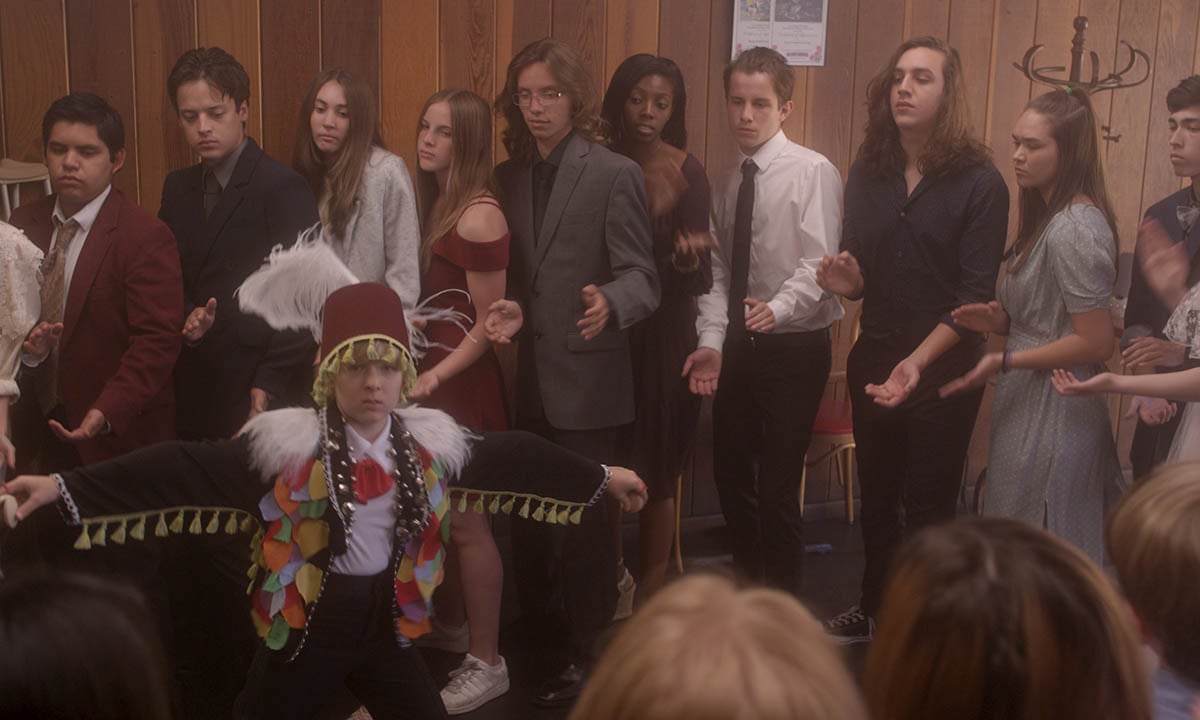 Ham on Rye, The Dance

Once we’re sufficiently acclimated to Ham on Rye’s foreboding, wistful atmosphere, the filmmakers spring a poignant and satirical surprise. The teenage characters aren’t making their way toward a formal event like the traditional prom, but a ceremonial dance at a deli, in which they eat sandwiches together before forming boys- and girls-only lines so as to evaluate one another and couple. The strangeness of this arrangement, like the general timelessness of the setting, underscores the arbitrary ornateness of real ceremonies—prom, homecoming, graduation—that insidiously serve the purpose of conditioning us to become well-behaved cogs in the social machine, like all the disappointed parents who lurk in the periphery of the film. Bowen