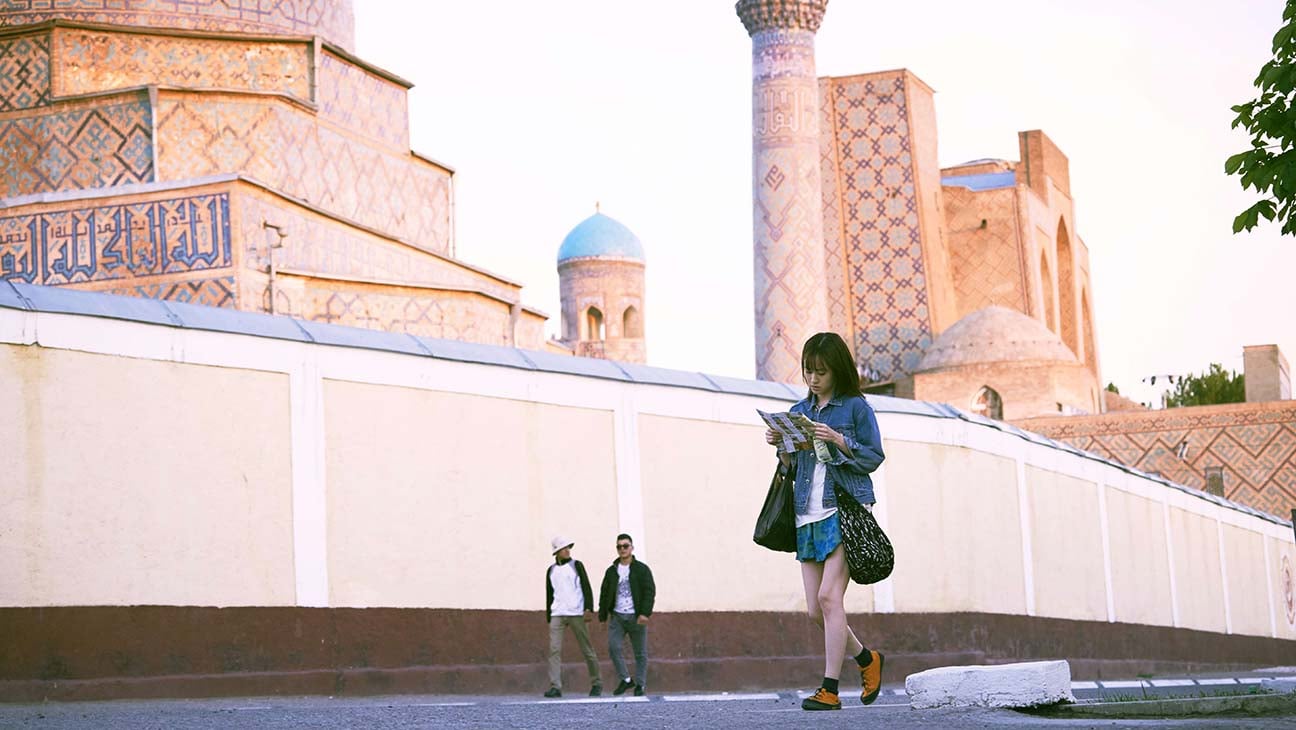 Kurosawa Kiyoshi’s films are, by and large, intensely fixated on representing the experience of fear, and the range of human preoccupations that generate it: burgeoning technological development, encroaching environmental disaster, ecological instability, the lingering presence of the dead, and, of course, our capacities and limitations as individuals. More recently, the Japanese auteur has illustrated just how foundational, and persuasive, that fear is to the human psyche through a more stripped-down aesthetic. And this approach led him to a logical terminus: 2016’s Creepy, a seemingly straightforward procedural that, in its absence of any real explanation for the violent behaviors that its characters are prone to, put forth the chilling suggestion that no less than our free will itself is innately negated by the insurmountable influence of our own fear.

Kurosawa’s latest represents an even more radical departure for the filmmaker, as it isn’t beholden to a taut narrative framework. Instead, it’s squarely focused on character—a strategy that results in his most intricately rendered portrait of the psychology of fear to date. To the Ends of the Earth isn’t, by any measure, a horror film, but it uses aesthetic and philosophical foundations that Kurosawa laid in his genre work to insinuate tensions and anxieties lurking beneath the serene surface of everyday life. The film’s setup could almost be interpreted as a kind of self-aware joke: A Japanese camera crew arrives in Uzbekistan with the purpose of shooting footage for a travel show and becomes increasingly frustrated over not having enough usable material. As such, generally little in the way of incident occurs for much of the film. However, To the Ends of the Earth isn’t just a meandering film born of an auteur’s plane ticket to a foreign country: If Kurosawa is less interested in narrative dynamics, it’s because he’s focused on an acute understanding of societally and sociologically conditioned behavior.

Yoko (Maeda Atsuko) is a diligent and unwavering TV host, and the sole woman traveling with the camera crew. When the cameras are on her, she performs energetically and enthusiastically, without hesitation—wolfing down a bowl of undercooked rice with aplomb and toughing out multiple turns on a ludicrously raucous amusement park ride, all so that her cohorts can “get the shot.” Off camera, though, a very different Yoko appears: a docile young woman whose exchanges with her director, Yoshioko (Sometani Shota), and cameraman, Iwao (Kase Ryô), are marked by an obvious impression that, as a woman, she reacts subordinately to the men who give her instructions, even when doing so puts her wellbeing at risk. Yoko’s gender likewise colors her interactions with the Uzbeks she encounters: One man bristles at taking her out in his boat, and another shows great concern for her safety when she’s on the park ride, but only in a way that infantilizes her, as he initially assumes that Yoko is “under age,” then refers to her as a “child” even after it’s explained to him that she’s an adult.

The film seems at first to position itself as a study on how gender roles inform the different ways that Yoko is treated by the countryman with whom she’s traveling, and by the local Uzbeks. But Kurosawa has only just begun to develop his underlying thesis by this point. As Yoko strikes out on her own, exploring the landscape of an entirely foreign Uzbekistan, she’s guided by both her curiosity and her considerable cautiousness, two poles of her personality that determine behavior in a variety of spaces, from the more sparsely populated residential areas, to the densely crowded marketplaces, to the sprawling plains beyond the city.

Since Yoko herself doesn’t speak the language, Kurosawa chooses not to subtitle the Uzbek dialogue spoken throughout To the Ends of the Earth, and this decision, combined with the use of a filmic grammar that often feels ported over from the director’s horror films (dramatic lighting, wide frames that emphasize an individual’s feelings of alienation, and eerie silences), serves to envelop us in the psychological space of a young woman whose emotional engagement with a foreign culture, as well as her careerist ambitions and her ability to be open with those around her, is subject to ingrained fears and anxieties.

Kurosawa elevates his film above exploitation of these feelings with a pair of sequences that gesture toward profound understanding. In the first, Yoko hears the distant sound of a woman singing, enters into an imposing building from which the voice emanates, and wanders through a series of rooms, with Kurosawa’s camera tracking behind her. Each room has its own unique design and distinctive color scheme, and as Kurosawa begins to match-cut between them, Yoko seems as if she’s being surreally transported through some unconscious space. Finally, the rooms lead to a lavish concert hall, the lights dim, and Kurosawa cuts from a close-up of Yoko’s face in shadow to a wide shot of a stage, where Yoko suddenly, and disarmingly, launches into a Japanese rendition of Edith Piaf’s “Hymne à l’amour.”

Soon after, Yoko awakes in her hotel room, unsure if what she experienced was dream or reality, and we’re left unsure as to what the liberated charge of her performance is really meant to represent. But later, a translator for Yoko and her crew, Temur (Adiz Rajabov), explains the history behind the Navoi Theater, the building that Yoko may or may not have already visited. Temur explains that the theater was built by Japanese POWs in World War II, who carefully followed the instructions of their captors in crafting six waiting rooms, each designed according to a different Uzbek regional style. Timur marvels at the story of men who “had been enemy combatants,” but who worked hard and created something transcendent. The scene concludes, with a close-up of Yoko, as she processes what she’s heard.

Just as the Navoi Theater was a catalyst for Japanese prisoners to transcend the horrors of war, the story of its construction impresses upon Yoko the possibility of liberating herself from her own deepest fears about the world. The rest of the film, then, imbues its most harrowing moments—including a chase sequence and a sudden threat to Yoko’s boyfriend back in Tokyo—with a new emotional and philosophical gravitas. This shift also serves to recontextualize Kurosawa’s horror aesthetics as a means of progressing to the film’s final moment of catharsis. “Even if the sky falls and the Earth goes to pieces/I won’t be afraid,” sings Yoko with absolute conviction—a declaration that, it cannot be discounted, also serves to punctuate a career spent crafting apocalyptic narratives depicting the ruin of humanity. With To the Ends of the Earth, Kurosawa celebrates the conquering of fear as our greatest hope against the world’s horrors.

Review: Harriet Turns Tubman Into a Saint at the Expense of Her Humanity