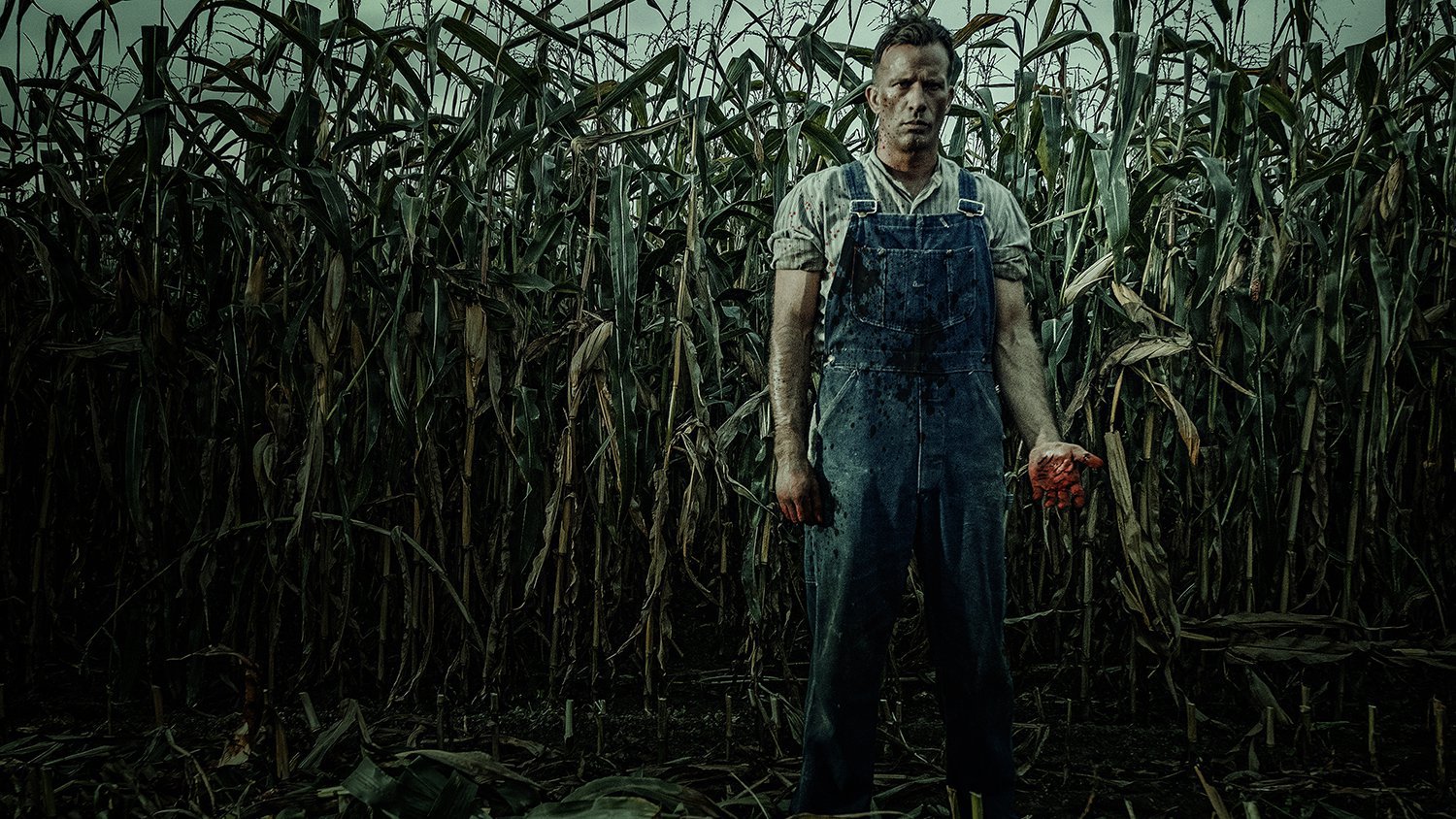 Horror cinema this year was most notable for the efforts of Blumhouse Productions, a pioneer of found-footage thrillers that released two sleeper sensations within six weeks of one another. M. Night Shyamalan’s Split and Jordan Peele’s Get Out respectively announced the redemption of a faded auteur and the emergence of a confident new filmmaking voice while tapping sensitive social pressure points. The resonance of Get Out has been widely celebrated, but expect Split, a disturbing riff on abuse and mental illness, to be reevaluated as a prescient work, released at the beginning of a year that would be racked by sexual scandals and political legislations that seek to widen the already vast gulf between the classes. With these films, Blumhouse may have placed itself at the center of a new wave of protest horror that manages to routinely break through to mainstream culture. This year also saw the release of Natalia Leite’s M.F.A., which examines American rape culture with an audacious sense of humor, and Julia Ducournau’s grim and disturbing Raw, which suggests a David Cronenberg film that’s been informed with a feral female perspective. Horror cinema is growing more diverse, in other words, while our political culture grows more repressive and reactionary—a duality that could at least make for great future cinema. Chuck Bowen 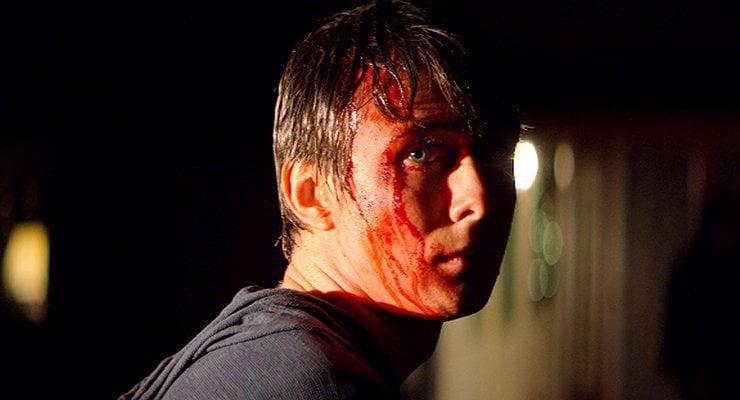 The boys in Kevin Phillips’s Super Dark Times, a coming-of-age story that unexpectedly transforms into a serial-killer thriller, engage in realistic adolescent attitudinizing. In between riding bikes down tree-lined residential streets, they discuss masturbation schedules, mock their male classmates and assess how hot the girls are, even the female teachers, and debate who would be worth having sex with even if you had to do it in front of the whole student body. These all feel like ways that awkward young men would kill time when they don’t yet have access to drugs or booze. The bloodletting bursts into Super Dark Times as shockingly as it would the characters’ lives, like a buck through a classroom window. But the violence also emerges organically from their teenage posturing, making it seem hauntingly plausible, even if you can also spot how it depends on screenwriter contrivance. Three teens help cover up a crime, and the rest of the film deals with the emotional fallout. The characters’ immaturity is exposed and amplified by the circumstances, revealing that, of course, these teens aren’t old enough to remotely deal with this sort of thing. Henry Stewart 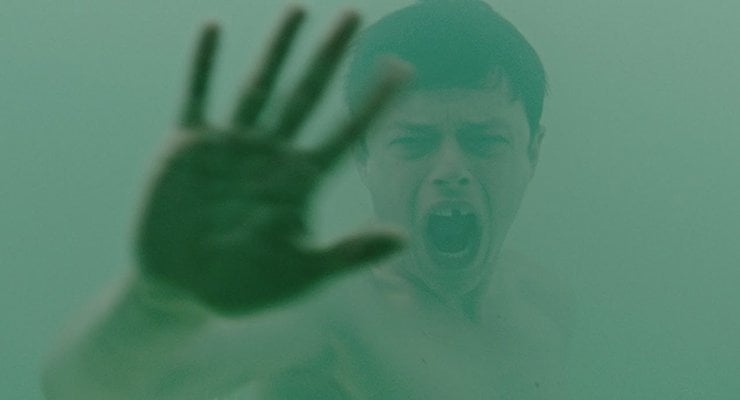 9. A Cure for Wellness

Gore Verbinski excels at disorienting crosscuts, and in a larger sense, A Cure for Wellness thrives on a collision of tones (the film’s literally hell-raising climax juxtaposes ghastly happenings in the spa’s basement with jubilant festivities in the ballroom above). The immaculate cosmetics of the wellness retreat itself, from the prudently manicured foliage to everyone’s spotless white uniforms, contrast with an alarming emphasis on creepy-crawly body horror. There’s enough sickly exposed white flesh on display throughout the film—often submerged in water filled with man-eating eels—to make Ulrich Seidl blush, while one bit of dental treatment/torture administered to Lockhart produces a retina-searing image worthy of early David Cronenberg. Carson Lund 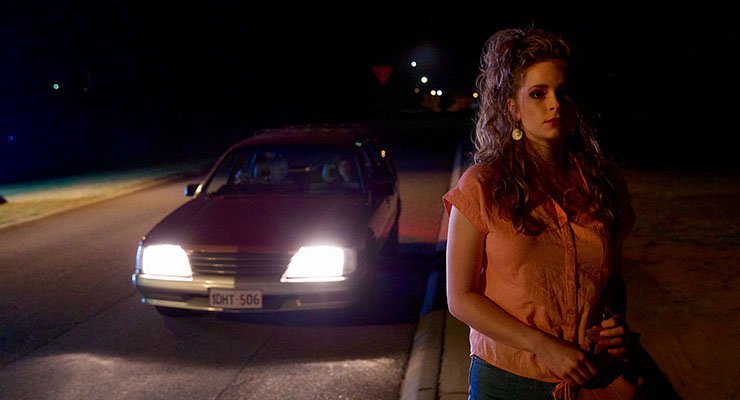 Throughout Hounds of Love, Emma Booth is uncannily dexterous at projecting the internal struggle of the battered Evelyn’s inner turmoil. Through the character’s confrontation of her inner demons and the kidnapped Vicki’s (Ashleigh Cummings) attempts to cope with her own dilemma, the film tackles the disturbing issues of domestic violence and pedophilia without relying on exploitative shock tactics. Writer-director Ben Young’s camera is expressive yet tactfully implies rather than revels in the depths of the characters’ depravity, while his framing and editing fractures the space within John (Stephen Curry) and Evelyn’s house so as to amplify the sense of Vicki’s entrapment. As both Vicki and Evelyn struggle in their own ways against the unhinged and impulsively homicidal John, Hounds of Love builds to a crescendo that earns its emotional catharsis while staying true to its roots as a truly chilling and intense thriller. Derek Smith 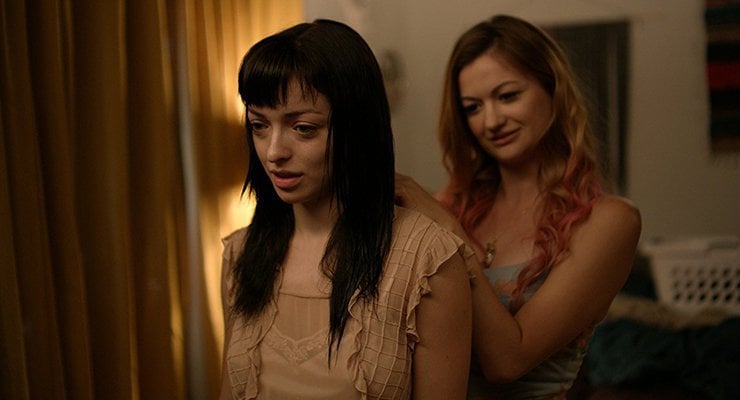 M.F.A. dramatizes an intersection of exploitation, government-sanctioned violence, gendered bitterness, and personal expression that’s ironically fostered by trauma. Noelle (Francesca Eastwood) is an art student who sketches and paints female portraits that’re dismissed by her classmates for their formal timidity. The rejection of Noelle’s art sets up a story of troubling self-actualization, as director Natalia Leite and screenwriter Leah McKendrick use rape as an inciting incident for Noelle’s emergence as a daring artist and superficially confident sexual being. The filmmakers understand that people’s sexual tastes don’t conform to a handbook concerned with politically correct gender relationships. There are too many private and socially conditioned neuroses for such a concept to be realistic or even desirable, as suppression is arousing for both genders in certain contexts. These aren’t comfortable truths, and M.F.A. intensifies its discomfort with parodies of women’s activist groups, which are likened to book clubs that trade platitudes without getting their hands dirty. Noelle’s black-widow pose is ultimately understood as a partial truth, an evasion, a cliché, and both a corrector and enabler of injustice. The heroine’s imbalance is representative of our country’s unforgiveable biases, which too often liken rape to an inconvenience of paperwork. Bowen 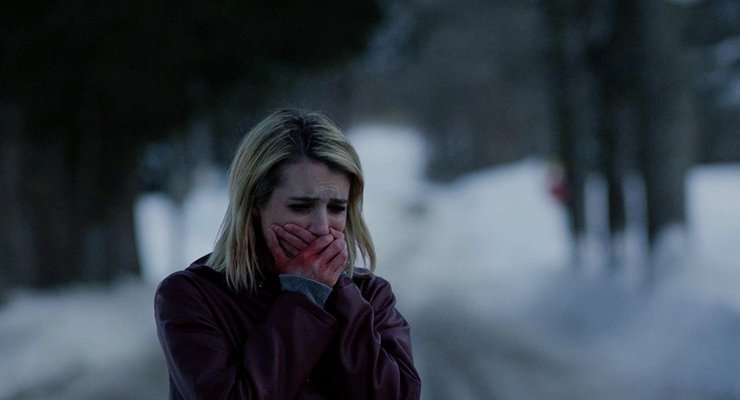 The Blackcoat’s Daughter has a sad, macabre integrity. Kiernan Shipka, Lucy Boynton, Emma Roberts, Lauren Holly, and James Remar are poignant in their minimalist roles, and writer-director Oz Perkins arranges their characters in a cleverly constructed narrative prism that simultaneously dramatizes violence and its aftermath in an endless chain reaction of perpetual cause and effect. And the carnage, when it arrives, is staged with an aura of guttural bitterness that refuses to give gore-hounds their jollies, elaborating, instead, on the desolation of the characters committing the acts. When the demons appear in the film, and in terrifyingly fleeting glimpses, Perkins understands them to spring from the deepest chasms of human despair. Bowen

Exclusive: Go Behind the Scenes of the I, Tonya Soundtrack